Back to Features > The right mix

Fuelling the UK's love of cars: what does the future hold? By Christian Hellmund

Fuelling the UK’s love of cars: what does the future hold? By Christian Hellmund

Aquarter of Britain’s greenhouse gas emissions currently come from transport – the single biggest source of air pollution in the UK – and a significant proportion of those emissions are produced by the 32 million petrol and diesel cars on our roads. Reducing the emissions that are harmful to the planet and people is of paramount importance for the government.

The UK’s desire to remain at the forefront of tackling climate change was evidenced with the launch of its Clean Growth Strategy (CGS) published last autumn and described as ‘an ambitious blueprint for Britain’s low carbon future’. While the 2008 Climate Change Act had committed to reducing carbon emissions by 80 per cent of 1990 levels by 2050, the CGS set out detailed proposals across the whole of the economy and the whole of the country including business, housing, power, the natural environment and – pertinently – transport.

Ambitious targets
The main headline, and one of the most ambitious targets within the CGS, was the ambition to ban the sale of new petrol and diesel cars and vans by 2040. That might seem like a long way off but, given that it takes approximately 15 years to fully turn over the stock of cars and vans on UK roads, that 22-year time frame begins to look tight. In addition, of the 657,000 vehicles registered in the last few months of 2017, just 130,000 were electric and plug-in hybrid cars. On today’s evidence, the change required won’t be met by the market alone.

Putting plans into action
Influential stakeholders are sceptical. The Committee on Climate Change (CCC) recently pointed out that there is no firm plan of action in the strategy that details how the phasing out will happen. The CCC itself has suggested that the government should end the sale of petrol and diesel vehicles earlier – by 2035 – and should also look to achieve a high uptake of very low emission cars by 2030. Meeting these targets could, it argues, give the government a real chance of achieving its own emissions reduction target, but the government has yet to respond to the CCC’s proposed deadlines.

And it’s not just the CCC that is alarmed by the lack of a focused plan from government. The Society of Motor Manufacturers and Traders, the representative body for the UK motor industry, has warned that the ‘demand for alternatively fuelled vehicles is growing but still at a very low level as consumer have concern over affordability, range and charging points’. The Government’s desire to achieve such bold targets so quickly may be admirable, but is it achievable?

No silver bullet
Many in the automotive industry think the government’s targets are possible, but that the low-carbon transport gap won’t be plugged by one technology alone. At present, there are three technologies shaping the road to becoming petrol and diesel free: electric, biofuel and gasification. But this isn’t to say that we won’t see other technologies come to the fore in the future. The success of any low-carbon technology is fundamentally dependent on its ability to be produced on a commercial scale. And this, in turn, is subject to receiving the right government support, appetite from manufacturers and buyers, and breakthroughs in both cost and technology barriers. The question is, are these three low-carbon forerunners ready to fill the large shoes of petrol and diesel?

An unrealistic dependence on electric
The Government’s plans seem to depend largely on a growing market for electric cars. But are the networks prepared to cope with the increased demand and changing the structure of the supply? National Grid has forecast that the additional electricity needed to charge electric vehicles with smart charging technologies will require a capacity increase of approx. 6GW. However, approximately three times as much capacity will be needed if no smart charging infrastructure is built out. Given the potential risks of a future vehicle market dependent on electricity, what are the alternatives?

A biofuelled future
Potential green alternatives to electric powered cars include hydrogen fuel cell vehicles, as well as the use of biofuels. Biofuel has made substantial gains since it was initially produced commercially in Europe in 1992. European countries account for more than 80 per cent of global biodiesel consumption and in 2013, EU countries produced more than ten million tonnes of biodiesel.

The European Commission has just passed the Renewable Energy Directive II, which commits to: increasing the share of final energy consumption from renewables from 27 per cent to 35 per cent by 2030, introducing a 35 per cent improvement in energy efficiency and delivering a 12 per cent share of renewable fuels in the transport fuel mix by 2030. While these are all ambitious targets, the commitment to deliver a 12 per cent share of renewable fuels is particularly demanding as commercialisation of renewable fuel additives is still in its infant shoes. Incentives such as Renewable Transport Fuel Obligation certificates can benefit those who develop commercial scale biofuel production plants.

Gasification goes from strength to strength Innovative gas technologies and processes got off to a rocky start, with several large companies abandoning the idea due to high start-up costs and technical uncertainties – putting in doubt whether the technology would ever become commercially viable. And when the idea did make it to the project stage, the projects were marred by fallings out between architects, contractors and operators – risking the collapse of the entire project. However, recent years have seen a surge in interest around gasification processes, particularly in the role they play in the production of biofuels.

The advantages of waste gasification cannot be overstated. This highly flexible technology enables the production of renewable heat and power, fuels and gases such as hydrogen. Gasification also has a higher conversion efficiency than many technologies. The ‘fuel’ required for the process of gasification includes a wide range of feedstock such as refuse derived fuels. The benefits of gasification technologies are threefold: the potential for greater power generation per tonne of waste, lower greenhouse gas emission and the creation of by-products which have the potential to be used for other industrial purposes.

With the decline of governmental subsidies in the UK for renewable technologies generally, first movers into the waste to renewable fuels markets can benefit from subsidies such as Renewable Transport Fuel Obligation certificates, where they are able to bring to the market large scale renewable fuel production solutions which are both technically and commercially viable.

Achievable, but the UK shouldn’t rely on one technology
With the Government’s commitment to ban the sale of petrol and diesel cars in 22 years, the UK needs to think more creatively about its options to fuel its reliance on convenient travel. It is vital we look beyond electricity to newer, more innovative options such as biofuel and gasification, if we are to continue travelling in the way we are accustomed.

My view is that the clean emissions gap isn’t likely to be plugged one technology alone. For the UK to end its affair with petrol and diesel, we need to see a combination of new and established technologies prove their commercial viability by being efficiently produced on a mass scale. We can’t forget, either, that each new technology requires the building of new infrastructure to support and deliver new fuel solutions and ensure preparedness for the transition from petrol and diesel. As the appetite for fuel in the UK is so high, the only way to efficiently satiate it is through a healthy mix of low-carbon solutions. 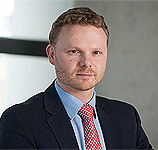 DWF
Christian Hellmund is Partner in Energy and Renewables at DWF. DWF is an award-winning legal business with a strong reputation for excellent client service and effective operational management and has been named by The Financial Times as one of Europe’s most innovative legal advisers. The DWF Group, led by Managing Partner and CEO Andrew Leaitherland, now has over 2700 people and 25 key commercial centres in the UK and internationally including Australia, Italy and the USA, in addition to two exclusive alliance offices in Riyadh and Jeddah.

DESPITE TAKING A BACK SEAT IN THE PUSH TO ELECTRIFICATION, SYNTHETIC FUEL PRODUCTION COULD YET BE...