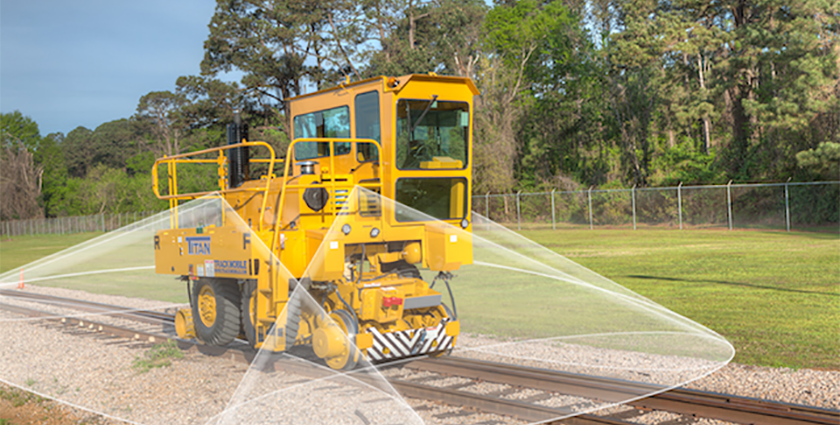 With product names like Viking, Hercules and Titan, Trackmobile has reigned in the railcar mover industry for more than 65 years. Its success has been partially driven by the company’s forward-thinking attitude and ability to cultivate an environment of continual innovation to stay ahead of the curve as the market changes and grows.

This year, Trackmobile unveiled two new innovative products and a telematics system to complement its product line. The LaGrange, Ga.-based company’s railcars come equipped with a long list of standard features, along with a growing list of optional enhancements. 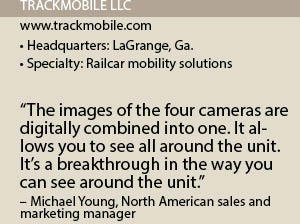 The cameras feature a positioning system that allows the operator of the unit to mount it on the rail easier and faster, much like playing a video game, Young adds. “If you are an operator, there’s a lot of maneuvering,” he says. “So the easier the cameras are to use, the more efficient the operator will be, saving time and money. That’s really big when you’re in the transportation business … We made it a standard feature on every new unit we sell today. Safety is so important.”

Gaining Traction
Another one of the company’s new products with pending patents is Ad-Trac, which complements its Titan product. “It’s a third axle with a special proprietary tire that raises or lowers on the railhead,” Young says. “It helps provide up to 15 percent more tractive effort when the machine needs it. The hardest thing in any railroad application is to get going … This is also a first in the industry.” The unit automatically detects and activates when additional tractive effort is needed.

Though the technology is not uncommon in the industry, Trackmobile also introduced a new telematics system this year. It gives the user accurate and timely information on machine utilization, equipment health, impact detection and other valuable data. It also assists with proactive maintenance, service cost reduction, remote inspection and security. The remote telematics monitoring system alerts its user via e-mails and text in the event of an urgent maintenance matter.

“It’s a system that helps our customers understand the operational health of a Trackmobile remotely,” Young says. “It connects to a cellular network or a satellite and it communicates regular updates. Users can also log onto a website and see their unit’s location and operational health such as its utilization.”

The telematics and Safe-T-Vue camera systems are standard on current models but can be added to models built as far back as 2006.

Trackmobile is a Georgia-based Marmon Group/Berkshire Hathaway Company. It is known as the founding innovator and leading manufacturer of the bi-modal railcar mover with more than 11,000 sold globally. The company created the railcar switching and movement category in 1948 as a solution to specific customer needs in railcar switching.