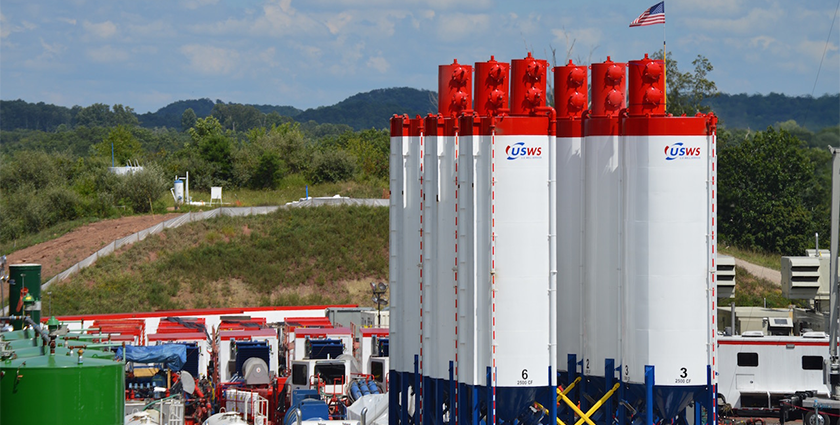 U.S. Well Services is developing new technology and programs for the petroleum industry that emphasize safety and efficiency.

U.S. Well Services LLC pioneers the future of oilfields by developing technologies that allow for clean, effective, efficient and safe production. “I believe the oilfield is in the middle of an information revolution,” says Jared Oehring, vice president of technology. “Hydraulic fracturing has been around for decades, but we have more and more access to data and have real-time business intelligence. We are only at the beginning of how much more effective and efficient hydraulic fracturing can be.”

Both its conventional and Clean Fleet® hydraulic fracturing fleets are among the most reliable and highest-performing fleets in the industry, the company says, with the capability to meet the most demanding pressure and pump rate requirements in the industry. A common issue among U.S. Well Services’ customers is the amount of diesel emissions and noise generated by the hydraulic pumps used in hydraulic fracturing operations. To address this, the company developed and patented its Clean Fleet® electric fracturing technology. 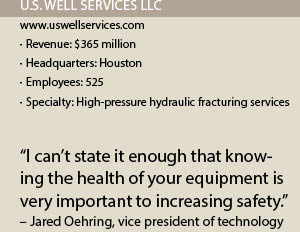 The technology has demonstrated environmental gains and cost-savings for U.S. Well Services’ customers, and was recognized during the 2015 Oil and Gas Awards when the company won the “New Technology Development Award” for the Northeast Region. “The performance of the new, patented technology is right in line with what we had promised, especially as it relates to fuel savings, emissions reductions, vibrations and noise decreases, as well as increased reliability,” Oehring says. “We are the foremost service provider in clean, quiet hydraulic fracturing because of the Clean Fleet® technology.”

Transforming Safety
U.S. Well Services launched its FRAC MD™ technology a little more than a year ago with the goal of being proactive rather than reactive to equipment maintenance. “We are using more than 600 different sensors to maintain the health of the equipment,” Oehring says. “Healthy equipment is much safer and you have much more uptime, better quality of service and it makes our people safer.”

All U.S. Well Services fleets are equipped with FRAC MD™ and the company can monitor the equipment in real-time from its corporate and district offices. “It gives us deep insight to know exactly what’s going on with the health of the equipment,” Oehring explains.

FRAC MD™ allows U.S. Well Services to maintain a higher rate of reliability with less downtime for its customers. “If we can do the job 10 percent faster than the competition, our customers can bring more wells online much faster,” Oehring notes.

“I can’t state it enough that knowing the health of your equipment is very important to increasing safety,” he adds. “There are so many safety programs out there that focus on various different things, but don’t address the key importance that every time you touch equipment you increase the likelihood that some type of event could happen. If you eliminate that risk in the first place, you have fundamentally transformed your safety.”

Eliminating Waste
U.S. Well Services recently implemented Lean 360™, which is based on Lean Six Sigma – a methodology that relies on a team effort to improve performance by systematically removing waste. “The manufacturing industry has had lean programs for decades, but it’s harder with a mobile workforce that provides services,” Oehring says. “During the downturn we have tried to eliminate waste so in the upturn we can be much more efficient.”

The company has developed a cultural mindset around Lean 360™ by referring to it simply as eliminating waste or as rapid improvement events so new employees catch on quickly. “Eliminating the eight types of waste: defects, overproduction, waiting, non-value-added processing, transportation, inventory, motion and unused employee creativity is easier to do in a fixed manufacturing environment, but that doesn’t mean a mobile service company can’t use the same principles,” Oehring says.

When deploying a new idea or program such as Lean 360™ and FRAC MD™, U.S. Well Services pilots it one fleet at a time. “The technology, operations and safety teams work very closely together,” Oehring notes. “Coming out of those pilot programs, we come up with ideas for a better program. Until you deploy it on an actual fleet it’s hard to anticipate all the things you didn’t.”

Once all the kinks are worked out of a new program, U.S. Well Services will roll it out company-wide, one fleet at a time, and incorporate it into its ongoing training. “Then we determine what key performance indicators we need to set up to measure the effectiveness of a new program and make sure we don’t lose any of the ground we’ve made and continue improving,” Oehring says.

Oilfield Pioneers
Moving forward, U.S. Well Services will stay in communication with operators in Colorado, Canada and Texas for expansion opportunities. “A lot of companies are interested in how we can be so much cleaner, quieter, efficient and in our SANDSHIELD™ program, which mitigates silica emission and exposure,” Oehring says. “Our customers really like that. The communities we operate in also really like it if we are quiet, clean, effective and efficient. We get in there and get it done – the community can’t hear us, and they don’t see any emissions. It’s a win for our customers, the community, wildlife and environment.”

The company is also a finalist in the fifth annual Northeast Oil & Gas Awards for Excellence in Well Completion, Excellence in Health & Safety, New Technology Development of the Year, Oilfield Services Company of the Year and Excellence in Environmental Stewardship. “As we get nominated and win awards, that really goes to show the overall thinking of the entire U.S. Well Services teams dedicated and integrated work from many different departments,” Oehring says. “We are really trying to pioneer the future oilfield.”