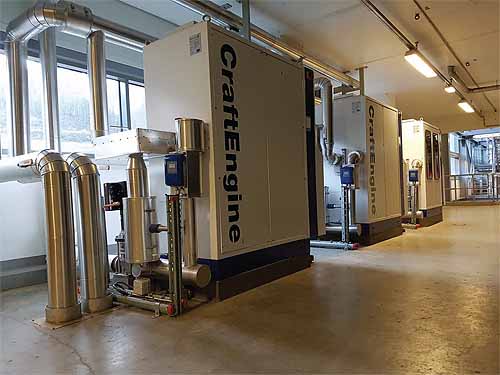 Clean electricity from waste heat
Turning to each individual technology, the CraftEngine has been specially engineered to transform low-temperature waste heat, from 80 degrees centigrade and upwards, into electricity. The system is also capable of producing usable heat in cases where input temperatures are higher than 150 degrees centigrade, and automatically adjusts to changes in temperature and power input, retaining the highest level of performance.