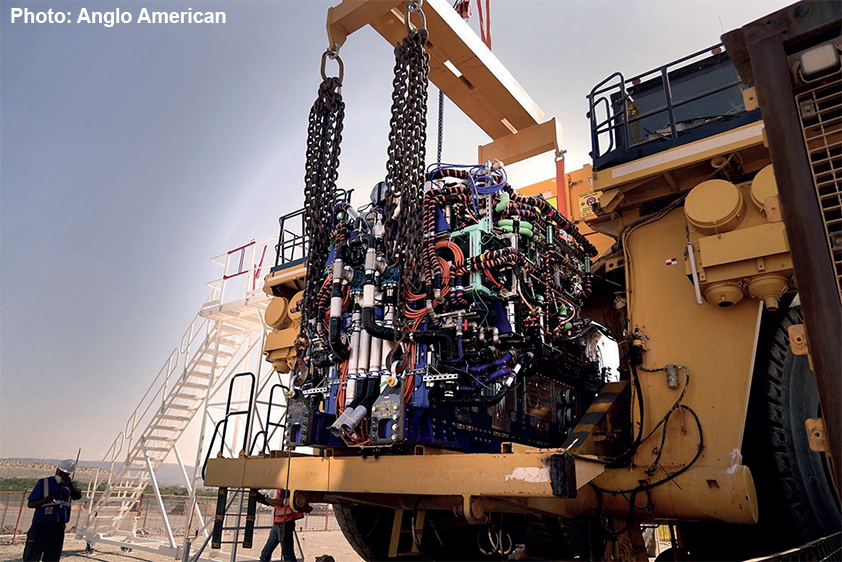 The ultra-class haul truck once burned thousands of gallons of diesel fuel per year, but now it’s powered by a hydrogen fuel cell and lithium-ion battery powerplant designed and built by First Mode engineers in Seattle.

The two-megawatt hydrogen-fueled powerplant was installed in a haul truck at Anglo American’s platinum mine at Mogalakwena, South Africa. This vehicle is the world’s largest zero-emission truck. As tall as a three-story building and weighing 200 tons empty, this truck can carry up to 290 tons of ore. Deploying Anglo American and First Mode’s zero-emission power source keeps 700 cars’ worth of carbon dioxide emissions out of the atmosphere. “At First Mode, we know we are at a ‘fire-everything’ moment. The urgency in front of us requires that we deploy every tool and every technology to battle climate change,” said Chris Voorhees, president and CEO of First Mode. “I’m so proud of the team and our partnership with Anglo American, focused on decarbonization at the source to affect the meaningful, necessary change we all seek. We hope that this zero-emission clean energy breakthrough will inspire others to create significant action in the fight for our planet.”