“In the last 12 months the company has essentially evolved, advancing from a seismic, geological phase to a drilling phase,” explains Keith Hill, president and chief executive officer of Africa Oil Corp.

“In that same time period the company has drilled two wells, one in Kenya called Ngamia-1 and the other in Somalia called Shabeel-1, both of which appear to be significant discoveries.” 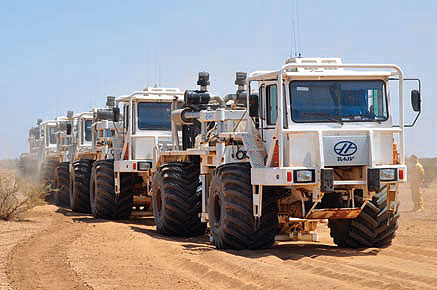 Africa Oil Corp, a Canadian oil and gas company, today holds assets in Kenya, Ethiopia, Mali and, through its 51 per cent equity interest in Horn Petroleum Corporation, Puntland, Somalia. The company’s operated and nonoperated blocks in East Africa contain underexplored plays in basins that have proven and productive nearby analogues. The current seismic and well database provides sufficient information to identify a large number of prospects and leads, some of which have the potential to target multiple stacked plays.

“In Kenya, Ngamia-1 is still drilling with two zones identified, the upper zone, which has 100 meters of net pay, and the lower zone that has so far recorded 140 metres of gross pay,” Keith continues. “The most significant aspect of these wells is that it they have opened up two new basins that extend from Kenya into Southern Somalia, covering an area the size of the entire North Sea. Having made an important discovery with its first well in the Tertiary Rift Basin in Kenya, the company has a further 80 leads and prospects in the trend still to drill and believes it has significantly de-risked this play.

“Meanwhile, in Puntland, Africa Oil Corp is fairly confident that it has found an oilfield through its work on the Shabeel well. At present the company is very happy to have found several good oil shows and to have identified a working petroleum system and good reservoirs. The next stage will be to test this zone and confirm oil to the surface as the company has done in Kenya.”

When Africa Oil Corp was first established, most other companies shared the view that East Africa was of limited prospectivity. This viewpoint has changed considerably in recent years with discoveries also being made in Uganda and Sudan, as well as the opening of large gas plays in Tanzania and Mozambique: “At most oil and gas conferences today the universal opinion is that East Africa now represents one of the hottest oil and gas exploration areas anywhere in the world,” Keith says. “Africa Oil Corp’s forward thinking approach meant that it was able to get in and secure all the acreage it wanted before this region really took off. What that means is that today you are looking at an organisation that boasts the best onshore acreage position of any company now 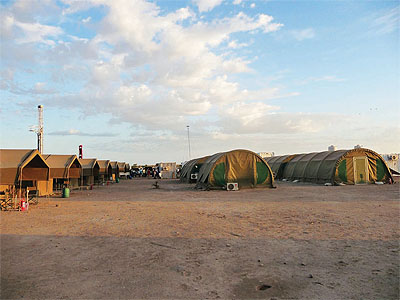 While the company’s strengths in the fields of geology and geophysics have been well documented, it is now moving into the field of development, which is an area that it readily admits is not its strong suit: “The good news from the company’s perspective is that is has, in the last 18 months, brought Tullow Oil onboard to operate the Tertiary rift development,” Keith highlights. “With its extensive knowledge of developing both onshore and offshore assets in Africa, Tullow Oil is arguably one of the premier explorers in the world right now. When you compare it with Africa Oil Corp’s parent, the Lundin Group, both have a strong track record of being aggressive explorers and Tullow Oil can definately be relied upon to take the lead on the Kenya pipeline and development project.”

As the pace of exploration across the region continues to increase, Tullow and Africa Oil Corp are currently mobilising two additional rigs, one of which is heading to Kenya, the other Ethiopia. This will result in the company having a total of four rigs in operation by the fourth quarter of 2012, a time by which it expects to be having at least one well being drilled per month. With some 300,000 square kilometres of ground to explore, the company is certainly well positioned to make a successful transition into becoming a recognised player in the field of exploration and development.

“Clearly these are still early days for Africa Oil Corp and it is important to remember that to date it has only drilled two wells. Nevertheless, the fact is new basins don’t just open up every day, yet this is what the company has done with its first two wells,” Keith states. “As the company moves forward it must make sure not to get ahead of itself. However, with some estimates suggesting that up to $100 billion will be spent on the development of East Africa, funding roads, new infrastructure, construction projects and of course the oil and gas industry, over the next five years, there is every reason to be excited about a future in the region that looks very bright indeed.”