Operating with assets within several major oil-producing provinces in Eastern Africa, Africa Oil Corp (AOC) is a world-class exploration company with an aggressive strategy and a current total gross land package in excess of 215,000 km2.

Presently its assets are located in Kenya and Ethiopia along East Africa’s rift basins and the company’s presence is further enhanced by its ownership of 45 per cent equity interest in Horn Petroleum Corporation, which maintains assets in Puntland, Somalia. 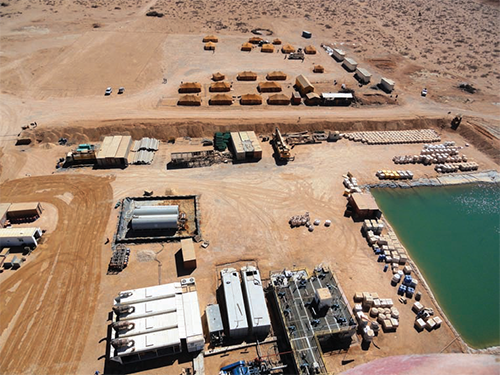 During May 2014, AOC graduated to a listing on the main Toronto Stock Exchange (TSX) under the trading symbol AOI, following the success of the company over the past few years. Keith Hill, president and CEO, commented: “The company has enjoyed tremendous growth over the past few years as a result of our multiple major oil discoveries in Kenya. We expect much continued growth as our exploration continues on our large prospective land package in Kenya and Ethiopia. Our acreage encompasses over 215,000 square kilometres and we’ve really only just begun to uncover the extent of the oil resources there. It is timely now to graduate to the senior boards of both the TSX and the NASDAQ OMX exchanges as it will provide greater liquidity for the company’s shares and allow for a broader shareholder base.”

Since AOC was last featured in European Oil & Gas Magazine during March 2014, it has continued to focus on its campaign in the South Lokichar Basin in Northern Kenya, while working to explore potential discoveries. “In the past seven months we have continued to build resources in the Lokichar basin as well as explore new basins in the company’s portfolio,” Keith explains. “Our biggest advances are in the Amosing and Ngamia fields where we have seen a dramatic contingent resource growth. Our contingent resources are now 616 million barrels gross (308 million barrels net to AOI) and we are moving down the path to development.”

May 2014 also saw AOC announce that plans were underway to drill prospects in three additional new basins as part of its ongoing strategy for exploration, and further projects are set to follow as Keith elaborates: “We have drilled wells in the Chew Bahir basin in Ethiopia where we were not successful, due to what we believe was a lack of source rocks. We did make a gas discovery in the Anza Basin and are currently drilling a well in the Central Kerio Basin. We have plans to drill an additional seven basins in the next 14 months.” 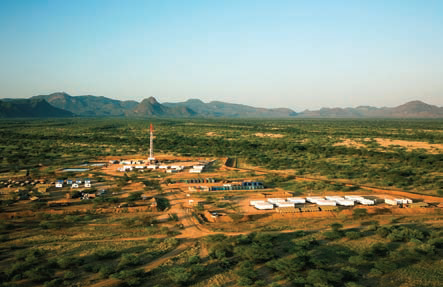 In continuously tapping the potential of its fields throughout Kenya and Ethiopia AOC has undertaken a significant exploration and appraisal programme during 2014, including the completion of more than 20 wells in Northern Kenya. “The appraisal and exploration programme continues to be successful and we are adding resources with a 67 per cent increase in contingent resources this year. The new basin opening wells will provide the biggest upside potential but also carry the highest geological risk.”

Africa Oil Corp works closely with its partner, British oil and gas firm Tullow Oil PLC, which jointly with AOI owns a 50 per cent operating interest in five licences covering the East African Rift Basins in both Ethiopia and Kenya.

Following the significant volumes of product discovered and the extensive exploration and appraisal programme already underway to fully access the upside potential of the basin, the Tullow-Africa Oil joint venture has agreed with the Government of Kenya to development studies. In addition to this the venture is involved in a comprehensive pre-FEED study of the export pipeline with a shared ambition with the Government of Kenya to reach project sanction for development including export pipeline in early 2016. Commenting on the progress of the projects Keith says: “The joint Kenya-Uganda pipeline is on course with two main issues being the final routing and commercial structure. We expect to see these issues resolved with Uganda partners and host governments by the end of 2014 or early 2015. Construction is expected to be completed by 2018/19.”

With continued investment into exploration and appraisal and increasing volumes of 3C and 2C contingent resources, AOC is well placed to enjoy continued success throughout the rest of 2014 and well into 2015. Concluding on the company’s current goals, Keith concludes: “Our goals are simple; add resources and move the development project forward in the proven Lokichar Basin and open at least one new basin in the coming year.”