Back to Profile Gallery > Amundsen Diving

In the diving seat

Since its formation in 1976, Amundsen Diving has been responsible for a number of major works, using up to 40 divers and ROV operators on certain missions, and has accumulated extensive experience in commercial operations.

Its practices and procedures have been honed over the years, on the basis of experience gained with demanding customers of all sizes. 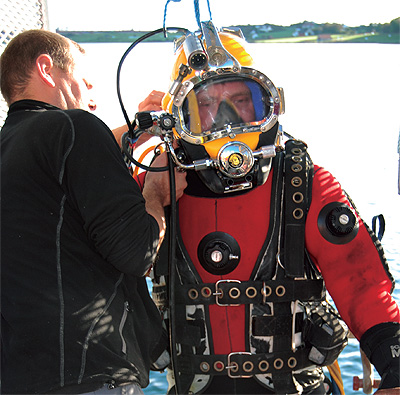 CEO Geir Amundsen discusses the company’s scope of activity: “We are an inshore diving company that undertakes diving and ROV operations. Our ROVs are what we call middle class working ROVs; they’re not quite as big as the ones that are used offshore but they have manipulators and power packs that enable us to fit tools to them. Our clients include Statoil, Aker Solutions and all the Aker companies, and key energy businesses.”

Amundsen, which was founded by Leif Georg Amundsen, undertakes tool work around the world. Mostly, however, it operates in local markets surrounding Norway on the west coast using its two vessels. It has many strengths, as Geir reveals: “We try to have an offshore standard on our operations and we conduct a combination of diving and ROV work at the same time. This is not unique in offshore but in inshore it is rare for organisations to be able to undertake both simultaneously because with inshore the vessels are smaller, and when they are smaller they cannot hold so much equipment. Regarding the vessels that we’re using, one of them has a full diving system with a chamber and an ROV control, as well as a positioning system.”

In terms of the company’s current projects, Amundsen undertakes all kinds of diving and ROV work, although what it works on most is the offshore industry related to inshore, such as the new-builds of rigs and installation of thrusters. The organisation installs all sorts of rig equipment and carries out demolition of old platforms.

Commenting on a recent project with Aker, Geir says: “For the DP2 rig, we had two ROVs working on the job. Our remit was to install diamond cutters on the construction and put it into small enough pieces for the crane vessel to lift. So, there were about 400 cutters and all the cutting machines were installed with both of our two ROVs. Next year we’re going to complete the second step on that same job, which is another construction from the rig field called QP.

The new work will be the living quarter section and for that we are probably going to cut with divers and burning equipment. This sort of work is typical of our relationship with Aker.”

The following job started in December for the Ura platform. For this, Amundsen is working on cutting the mooring lines, which is wire that is about 140-millimetres thick, using a hydraulic cutter. 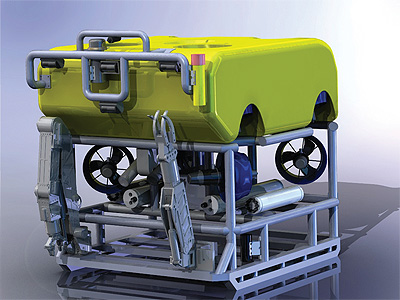 Working in Amundsen’s favour is the fact it has an excellent working relationship with the business that built its ROVs, as Geir explains: “When that company wants to try something new we always let them use us for testing. The latest technology we used on the DP2 rig was an HD camera on one of the ROVs, with a pipeline all the way up to the computer that stores the pictures. We endeavour to use new technology where we can in order to stay ahead in the market. This experiment prompted us to start discussions about bringing on-stream a new ROV that features an HD camera. It would be able to operate up to 6000 metres and we are looking at Spring 2010 for creating it.”

Also of focus next year will be the company’s ongoing contracts with Aker and Statoil, with whom Amundsen enjoys long-term relationships. This is partly due to its competence in the field and its high level of efficiency. “We are ISO certified and we also have ISO 14001, so we take the environmental side of our work seriously,” notes Geir. “We have people from the certification company coming once a year to go through all of our paperwork and procedures. After that we know what we are good at and what we need to change for the better.”

Luckily, the global financial crisis appears to be changing for the better as well, although Geir reports that Amundsen hasn’t noticed any adverse effects of the recession as yet: “I think that is due to the fact the projects we have been working were started so long ago – maybe two or three years ago – so there has been no option but to finish them. Perhaps we may feel the pressure more when we get to 2011 or 2012 but hopefully market conditions will be really favourable by then. Overall, I think long-term contracts are the secret to our success and I feel optimistic about the fact we have secured various jobs and contracts that take us through to May of next year.”

Summarising the company’s vision for the future, Geir concludes: “What we want is to be the best in the industry on the diving and ROV inshore front. We want to undertake the majority of all technical diving and inshore ROV work on the west coast of Norway.”