Formed in 1954 with $250,000 of investor capital with the intention of becoming a profitable oil company, Apache Corporation is today one of the world’s most successful independent oil and gas exploration and production companies.

A member of the Fortune 500, Apache’s market capitalisation is approximately $33 billion on the New York Stock Exchange. The company has ten operating regions around the globe and produces around 800,000 barrels a day. Apache’s production has grown at a cumulative average rate of approximately 12 per cent year-on-year for the past two decades and in 2012 its revenue stream was over $17 billion. In 2012 the North Sea region produced over 75,000 barrels of net oil equivalent per day, contributing to 16 per cent of the global production revenue and ten per cent of worldwide production for Apache.

Apache entered the North Sea after acquiring the Forties field from BP for $683 million in 2003. Subsequent investments over the past ten years in drilling activity, facility upgrades and an intensive re-evaluation of the field resulted in cumulative production in excess of the proved reserves originally purchased. At the time of the purchase there were 140 million barrels in place, and Apache has since produced over 200 million barrels, with many millions of barrels worth of opportunity yet to be realised.

Having operated in the highly successful Forties field, Apache also acquired operatorship of the Beryl, Ness, Nevis, Nevis South, Skene and Buckland fields from ExxonMobil in early 2012. The asset deal also included the SAGE gas plant and pipeline plus the non-operated interests in the Maclure, Scott and Telford fields. The acquisition of Beryl field assets and active drilling in both the Beryl and Forties fields resulted in a 36 per cent hike in the region’s production in 2012, making Apache the fifth largest producer in the UKCS.

Since its arrival in the North Sea in 2003, Apache has invested over $9.7 billion in acquisitions (including the Beryl field) and in exploration and production expenditures. Notwithstanding these massive expenditures, Apache remains comfortably cash positive in the North Sea.

The key to Apache’s success has been its clear mission and core values that have unified the corporation throughout its 59-year history. Dedicated to empowering employees to achieve the company’s strategic goals through devolved decision-making, Apache’s global team is united by a commitment to build shareholder value through a culture of innovation and knowledge where the best answers win. While safety and compliance are paramount to all Apache operations, it is Apache’s pace of work that sets it apart, with the results being returned to their shareholders. 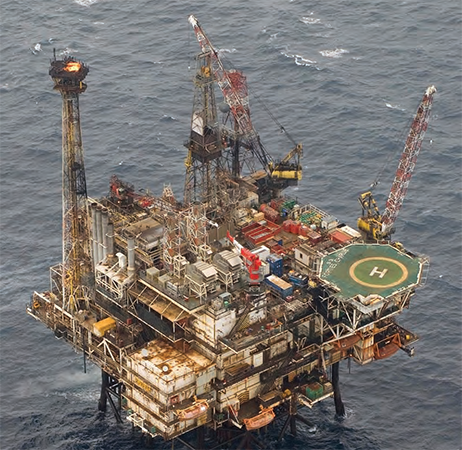 The speed of development in bringing oil to the market is central to Apache; a drive to succeed with a sense of urgency. The company likes to foster a contrarian spirit; if it sees opportunities to do something differently it will make the change. Apache expects top performance from its staff and invests in its people to make sure they are competent and well trained. At Apache all opinions are valued, which fosters an open culture where the best answers win. Through living and breathing this culture of transparency, drive, responsibility, innovation and safety, they demonstrate that they are different on a daily basis.

Apache’s ten-year anniversary in the North Sea was in April 2013. The company intends to invest in the North Sea for the long term and it plans to continue to grow production. It is opportunity rich with a large inventory of platform-based targets and many explorationopportunities near existing infrastructure, which may be tied-back in a similar way to the Bacchus subsea development. Platform drilling will sustain a reasonably flat production profile, while new projects will increase production in the region.

Apache has had several recent exploration successes. Located approximately 116 miles northeast of Aberdeen, the Bacchus oil field was put into production in April 2012. It was discovered in July 2005 in the Fulmar sandstones of the Upper Jurassic age. The third well at Bacchus was brought on stream in July 2013 taking production to 17,400 barrels of oil per day. Having already produced over three and-a-half million barrels, the project has already reached pay back. The Bacchus oil field’s production is transferred through a four-mile subsea bundled pipeline to the Apache operated Forties Alpha platform.

FASP (Forties Alpha Satellite Platform) was installed in May 2013, as a bridge linked platform to the Forties Alpha. It will increase Forties’ capacity by 18 drilling slots, is capable of handling 110,000 barrels of fluids per day and can produce up to 25,000 barrels of oil per day of oil. It is a full process facility, with deep gas lift compression and two power generation turbines. The total weight of construction is over 18,000 tons and it is the largest platform built for the Central North Sea in the UK in the last 25 years. The platform was installed with minimal carryover work and the fast track offshore hook-up and commissioning is ongoing and planned to take less than six months.

Apache also commenced production of its Tonto oil field in April 2013. Tonto-1 was drilled as a deviated well from the Forties Bravo production platform to just above the main Forties Paleocene reservoir. It is the first producing well in the field and began producing at an initial rate of 10,346 barrels of oil per day. Tonto follows Bacchus and Maule as the third new oil field bought online by Apache within the Forties area over the last three years, with all three developments qualifying for the UK Government’s small field allowance.

These successes have been complemented by top quartile safety and environmental performance. Apache has very low operating costs of $13.50 per barrel and has the best operational efficiency in the North Sea. (2012 annual average efficiency >92 per cent).

With ten per cent of the total global production coming from the North Sea and an expectation of a significant level of income for 2013, Apache’s North Sea region produces a significant amount of cash that will continue to help fund future Apache projects both locally and around the globe. Meanwhile, in the North Sea, Apache aims to continue to generate future growth opportunities through drilling wells, exploiting its assets through high levels of operational efficiency, obtaining new seismic in both the Beryls and Forties, and exploring and appraising an attractive portfolio of project opportunities. With a new office in Kingswells, Aberdeen due to be completed in the fourth quarter of 2013 the future looks very bright for Apache in the North Sea.