Back to Profile Gallery > Ascent Resources

Actively pursuing exploration appraisal and development opportunities in Slovenia, Hungary, Italy and the Netherlands, with associated interests in Switzerland, Ascent Resources has made what can only be described as incredible strides in less than a decade of operations.

As highlighted by managing director Jeremy Eng in the last issue of European Oil and Gas Magazine, arguably the most exciting asset that the company is presently moving ahead with is the 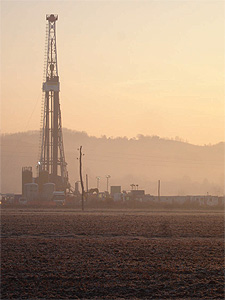 Petišovci field in Slovenia. With its long history of oil and gas production that dates back to the 1940s, the field has been continuously producing hydrocarbons and is now facing the depletion of its shallow conventional reservoirs.

Today holding a 75 per cent interest in the project, Ascent Resources’ work here lies in the deeper tight gas reservoirs at depths between 2000 and 3500 metres, first discovered in the 1960s and partially developed during the 1980s. Crucial to the company reaching its target production from the Petišovci field will be the successful completion of the second phase of its redevelopment programme, which will consist of the drilling of at least 30 additional new wells. The bulk of this drilling will be achieved over the next five years, beginning in early 2013. To date Ascent Resources has spent in the region of €40 million on this particular project, with this figure expected to rise to around €260 million over that same five-year period.

Despite the significance of its work on the Petišovci field, there is a great deal more going on at Ascent Resources, as Jeremy goes on to explain, while on location at the rig site of the PEN-105 well, a part of the Penészlek gas production concession in Eastern Hungary: “At this particular well the structure itself is divided by a fault that separates the North and South compartments. Having drained almost all the gas from the Southern compartment, what the company is doing now is drilling a side track that will allow it access to the Northern section where it can then begin the draining of the gas found here.

“Having shot 3D seismic in 2006, the years since have seen the company drill a number of wells and oversee the almost continuous production of gas from the area. While it may not be a huge development by global standards, with more or less all of the production equipment in use being modular, fully automated and of a low operating cost, this project is admittedly small, but also very profitable. Furthermore, the project requires drilling to take place at a moderate depth of 1600 metres and is fully connected to the country’s national pipeline grid.”

Elsewhere, Ascent Resources continues to make important strides in Italy, where it is carrying out the redevelopment of the Ripi oilfield: “At present the company is awaiting the arrival of a seismic crew who will conduct a series of 2D seismic acquisitions,” Jeremy states. “In 2011 Ascent Resources utilised advanced satellite imagery to define several exciting prospects and now it is looking to follow this up with seismic confirmation that will allow it to choose a drilling location, permit it and then commence with the drilling itself.

“This work, which has a number of similarities to that which was carried out on the Anagni-1 well in 2006 and the Fontana-1 well in late 2009, forms a part of the company’s plan to rehabilitate the Ripi oilfield, an old oilfield that at present produces a few tens of barrels of oil per day. What Ascent Resources is hoping to do is drill two new development wells there to uncover whether it can improve the fields’ production levels.”

Such redevelopment projects have become much more of an interesting proposition for Ascent Resources, something that can be put down to the changing economics of the industry which have seen oil and gas prices increase, making smaller developments more viable and profitable. “What is also clear is that the different techniques that can be applied to such projects have improved immensely and are today being led by advances in 3D seismic,” Jeremy adds. “The Petišovci field project for example has long been linked to the advances in tight gas extraction methods over the last 20 to 30 years. What Ascent Resources is doing is utilising these new forms of technology and applying them to projects; projects that have become much more attractive than they may have been in the past.”

Never to be accused of being a company that is afraid to diversify and approach new challenges, Ascent Resources can also be found at work in the shallow waters off the coast of the Netherlands. 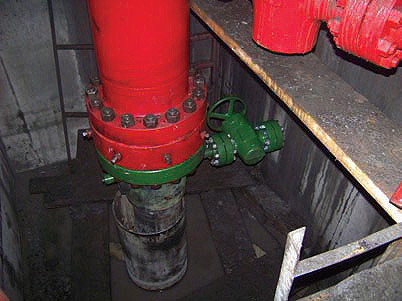 This appraisal project in blocks M10 and M11 in the Southern part of the North Sea is unique in that it is the only offshore project that the company is involved in: “Again, this project involves tight gas resources and is in a redevelopment situation, after first being discovered in the 1980s, at a time when the technology available and the price of gas made it uneconomic to develop,” Jeremy highlights. “As one can imagine, the costs involved in working offshore are of a whole different quantum, so this really does represent a big leap forward for the company. What it does have in common with its other projects throughout Europe is that it represents Ascent Resources’ approach to following tight gas resources wherever they may be found. From what is known at present the reserves here are substantial, which means the company can look forward to some exciting developments from the Netherlands in the near future.”

Meanwhile, following the sale of its Swiss portfolio to US company eCORP International, Ascent Resources today retains back-in rights to several conventional prospects in Switzerland. What this means is that in the event that a conventional discovery is made in any of the pre-defined areas, then Ascent Resources has the right to come back in and take between a 22.5 and 45 per cent interest in said discovery. Naturally this means the company retains a strong degree of interest in what happens in the country, where eCORP International is expected to drill a new well in the coming months, once a suitable rig has been acquired.

What its work in countries like the Netherlands further shines the spotlight on is the company’s commitment to seeking out new opportunities and prospects on a continuous basis. As Jeremy concludes, it is this approach, and Ascent Resources’ general method of business that has helped define its eight years in existence: “The way the business is set up allows it to be highly flexible and able to move much faster to changes and developments within the industry. This flexibility makes it easy for the company to access technologies and mobilise equipment that is located in Europe, and further displays how Ascent Resources’ methodology is most definitely suited to the rapidly evolving nature of the oil and gas industry.”