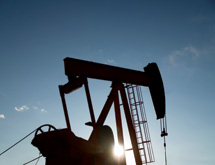 In many areas of North America, oil or natural gas wells operate in populated areas, sometimes close to people’s homes. Although these are generally recognized as safe operations, any gas that contains hydrogen sulfide, referred to as sour gas, requires special handling. In the event of an unignited release to the atmosphere, sour gas may eventually be too diluted to be explosive, but it still may present concentrations that represent a toxic hazard.

This is the specialty of Behr Energy Services Ltd. These wells with sour gas must be managed according to regulations, and frequently they require emergency planning services.

“For the most part, the industry is segregated, and companies that provide emergency planning don’t do engineering,” Behr Energy Services President Todd Wilson explains. “But we do both. We can do the licensing and look after the drilling operations, the well site supervision, the program preparation and the overall project management of getting the well drilled. Alongside of that, we can have the emergency planning operations completed.”

Behr Energy Services has become a much broader-based emergency response planning company. “We now deal with a lot of facilities’ operations to the extent that we’re doing massive gas plants around the province,” Wilson says. “We’re also doing refineries and upgraders and open pit mines in the oil sands areas.”

Sour wells are regulated closely in Alberta after two blowouts in the Lodgepole area, one in 1979 and the other in 1981, demonstrated deficiencies in the regulatory environment and the response readiness of oil and gas operators.

Once that is determined, Behr Energy Services consults with residents within that zone to explain the project and its public protection strategies to them.

“Training is also a big part of the business,” Wilson says. “As such, we offer extensive training processes which may include drills and exercises to improve the competencies of the responders.”

Growth Area
Part of emergency preparedness is ensuring that personnel have the right tools in the right place to respond most effectively. “To that extent, we can send qualified personnel into facilities to review hazards and assess the equipment that may be needed for response,” Wilson says. “We have extended this expertise to municipalities and have reviewed the appropriateness of fire stations within the municipality. This may include a review of the response times and outline recommendations for consolidating fire stations or adding fire stations.”

Although most of Behr Energy Services’ client base is in Canada, the company is starting to engage in international operations. “For small companies to drill a well and install a pipeline system, they have to be able to manage the emergency processes,” Wilson points out. “They may not have the same level of sophistication as large companies. So that is where we can help companies out.”

Wilson attributes the company’s success over its first 10 years to “a quality product, good clients and a strong team of people.” He emphasizes that many of the company’s employees have “boots-on-the-ground experience for a lot of years.” A challenge for those employees is to keep up-to-date. “We invest in being sure we’re state-of-the-art in knowledge and technical skills,” Wilson stresses.