Back to Profile Gallery > Cairn India

Today a part of the Vedanta Group, a globally diversified natural resources group with wide ranging interests, Cairn India’s background in the country dates back more than 15 years.

It was at this time that Cairn, having turned its focus to India in the wake of the deregulation of the oil and gas market, acquired Command Petroleum Limited, becoming one of the first UK businesses to invest in India’s oil and gas sector.

“In the years since its establishment, Cairn India has played a crucial role in the development of the country’s oil and gas resources,” states general manager of corporate communication, Ritu Jhingon. “Ravva in Eastern India was the first offshore oil and gas field to be developed, followed by the Lakshmi gas field in Western India, which was discovered in 2000 and commenced production in 2002. Two years later in 2004 the company added the Mangala oil field to its assets, which, along with its other discoveries in Rajasthan, are expected to form the core of its future developments.”

Primarily engaged in the business of oil and gas exploration and production, the company possesses a world-class resource base with interests in nine blocks in India and one in Sri Lanka: “The company’s processing and pipeline infrastructure is able to handle the production of 175,000 barrels of oil per day from Rajasthan, with the scope for further expansion,” Ritu continues. “Cairn India’s desire to handle higher volumes falls in line with its strategic goal of creating maximum shareholder value.

“The demand for oil and gas has experienced significant growth in the last several years and as anyone in the industry will know, access to affordable and reliable energy supplies is central to the 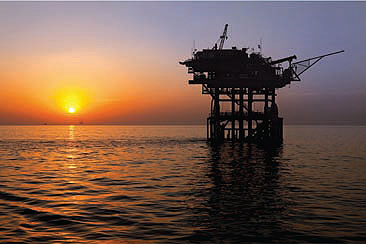 economic development of any country. Over the 13 years spanning from 2007 until 2020, India’s gross domestic product per capita is expected to quadruple, and therefore a secure supply of energy is vital to fuel this rapid growth rate.”

With only around 22 per cent of India’s sedimentary basins having been well explored, there is enormous opportunity for future growth, which will be achieved through the engaging in domestic hydrocarbon production by both private and public sector companies. Furthermore, the support mechanisms provided by the Indian government also act as a key enabler for those willing to invest in the country. Key to the success Cairn India has had in one of the world’s fastest developing nations are its core strengths, specifically the commitment it has towards guaranteeing its operations are performed safely and the high efficiency level it has in delivering projects: “These strengths are derived from, and built on the back of, the capabilities of the company’s people, and the unwavering support it receives from its joint venture partners and the government,” Ritu says.

Over the years the company has demonstrated time and again that it is capable of operating its assets on a very cost effective basis, in fact the direct operating cost of its Ravva block is amongst one of the lowest in the world. Meanwhile, in regards to project execution, the company has demonstrated world-class, skilled project execution with the development of its upstream facilities in Rajasthan and the construction of what is the world’s longest insulated and heated pipeline.

“What clients have also found during the company’s lifetime is that Cairn India is a leading player when it comes to the application of state-of-the-art technologies to enhance its resource base and find solutions to overcome different technical issues,” Ritu highlights. “The aforementioned crude oil pipeline from Barmer in Rajasthan to Bhogat on the coast of Gujarat would be one such example of this approach reaping rewards. Elsewhere the company has utilised horizontal well drilling techniques to produce record sheet sands, has applied EOR technology in the initial phases of the field life of the Rajasthan field and has carried out a number of 4D seismic surveys in Ravva in order to identify further resource potential.”

As it seeks to expand its operations into further unchartered territories, a young company like Cairn India will naturally become encumbered by challenges. One such example would be the bringing into operation of the Mangala processing terminal, a difficult undertaking hampered by the very location of the Rajasthan field in the Thar Desert. This presented both logistical and environmental challenges: “This particular challenge, and others like it, was appropriately managed by excellent community engagement initiatives that started years before the actual construction commenced,” Ritu enthuses. “The success of each and every project undertaken by the company can be put down to efficient project delivery, relentless commitment, technological innovation and its most important asset, its people.

“Across the globe, talent acquisition and retention poses one of the greatest challenges for oil and gas companies. By creating an enabling environment of collaboration, growth and a measured approach to risk, Cairn India has been able to retain and nurture the talent required to execute such innovative, first-of-their-kind projects that have helped it drive the Indian oil and gas market to unprecedented heights.”