Back to Profile Gallery > Cathelco

Cathelco is a world leading designer and manufacturer of equipment and corrosion protection for ships and offshore installations.

Founded over 50 years ago, the demand for the company’s services has continued to grow, particularly as the oil and gas industry itself has heavily evolved. With a long history of providing anti-fouling (AF) systems for pipe work, the portfolio of its services has expanded to include impressed current cathodic protection (ICCP) systems, reverse osmosis seafresh desalinators and ballast water treatment (BWT) systems. 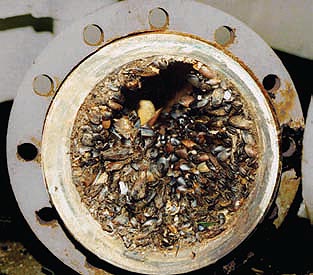 The AF and ICCP systems are designed to safeguard the hulls of commercial and naval vessels against corrosion, and the popularity of the product continues to grow on offshore platforms, semi-submersibles, FPSOs and FSOs. With the recent surge in the renewable market, the company has further developed its advanced ICCP system to protect monopile, jacket and tripod offshore wind turbines. Specifically designed to protect offshore wind turbines against corrosion, the new ICCP system has involved a complete re-evaluation of ICCP technology to produce new anodes, reference electrodes and control systems, which meet the requirements of jacket, tripod and monopile structures.

In April 2014, the innovative business supplied sea water pipe work AF systems for eight platform supply vessels constructed at Remontowa Shipyard in Gdansk, with four of the vessels already in service for Edison-Choust Offshore. The busy month for the business also saw the awarding of the IMO type approval for the company’s BWT system, and currently is applying for AMS approval, enabling the system to be used on ships entering US waters.

The Cathelco system has proved to be an extremely effective and versatile system for eliminating blockages in seawater pipe work caused by bio fouling. Based on the electrolytic principle of providing continuous and reliable protection without the use of chemicals, the dual system, combining pipe work AF and corrosion suppression is offered with a range of control panels and anodes to suit vessels of every size. With each system custom designed for its clients, it is able to create well-suited applications that work with much greater effectiveness.

The automatic operation of the system requires minimal attention and makes very little demands on crew time. This complements the easy installation of the anodes, which may be installed in seachests or strainers on newbuilding or retrofit projects. The system usually consists of pairs of copper and aluminium anodes, which are mounted in seachests or strainers and wired to a control panel. In the case of copper-nickel pipe work, a ferrous anode is used instead of the aluminium anode. In operation, the copper anode produces ions in very small concentrations, interrupting the settlement sequence of mussel and barnacle larvae. Instead of adhering to the surface of seachests, strainers and pipe work, the larvae pass harmlessly through the cooling water system to the point of discharge. Without anti-fouling protection there is the risk that pipes will become encrusted with organisms, leading to partial or total blockages, which reduce the efficiency of the seawater cooling system.

Cathelco’s reputation has been built on providing AF systems for some of the largest fleets of commercial vessels in the world. With the ability to treat high volumes of seawater, the system is ideally suited to the requirements of the VLCCs, container ships, LNG carriers and numerous other types of ocean going vessels. The company continues to be chosen by major operators, reflecting both the effectiveness of the system and the ongoing support, which is provided to customers. In operation, the system is automatic and makes very little demands on crew time, apart from periodically monitoring the anode outputs. 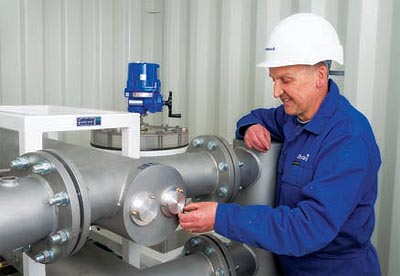 In a £4 million research programme the company developed the new BWT system, which uses a combination of filtration and UV technique to eliminate organisms. The development additionally led to the establishment of a dedicated research facility in Kiel, Germany, supporting the onshore testing at the Royal Netherlands institute for Sea Research (NOIZ). The effectiveness and power consumption of the UV lamps is optimised in all water conditions using UVT sensors, and the water that passes through the UV chambers travels in a ‘helix’ to maximise the exposure to the light. The BWT system is a natural extension to the Cathelco product range, aimed at the same markets as the existing products and has the support of the long-established agent network.

With its head office in the UK, Cathelco is represented globally through a network of agents and installers covering the Americas, Australasia, Africa, Asia, the Middle East and Europe. With considerable experience in the design and production of ICCP systems for semi-submersibles and jack-up rigs, the company fully understands the factors that influence the performance. As such, anodes are carefully positioned to achieve the optimum level of corrosion protection and avoid areas of shading. Cathelco’s existing range of ICCP and AF systems are widely used throughout the North Sea, the Gulf of Mexico, the Middle East, and Brazil. However, one of the company’s most interesting and challenging markets is Russia, where particularly harsh environmental conditions have encouraged the business to innovate once again, designing new cathodic protection systems for Lukoil platforms in the Caspian Sea.

As the industry progresses into deeper waters to exploit oil and gas reserves, FPSOs and FSOs are increasingly used. Cathelco provides a range of diver changeable anodes and reference electrodes, which are important factors in the long-term protection of the vessels. Seawater lift pumps on offshore platforms are prone to bio-fouling, and as a result, the company has devised special AF units, which are bolted to the bottom of the caisson and dose the incoming seawater with ions to protect the pipe work system against blockages. With the ability to co-ordinate projects utilising agents, the business is further supported by representation at shipbuilding and fabrication yards in the Far East and throughout the world. Keeping hold of that position, the next 12 months are forecast to be a positive period for Cathelco, with plenty of free flowing opportunities.