Back to Profile Gallery > Cobra Manufacturing and Sales 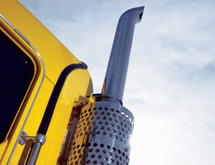 With the year only halfway completed, 2013 has turned out to be a big one already for Cobra Manufacturing & Sales. Not only did the company come away a big winner at the 2013 Oil & Gas Awards, but it also merged with Rush-Overland. As Office Manager Megan Wendt explains, the company’s successes in 2013 will only be the platform from which it reaches even greater heights in 2014 and beyond.

Based in Cheyenne Wells, Colo., Cobra Manufacturing & Sales specializes in the custom design and manufacturing of high-pressure pumping and fluid heating equipment. The company’s products include trucks, frac water heaters and storage tanks.

With its location right in the middle of some of the biggest plays in the Rocky Mountains – including the Eagle Ford and Bakken shales – Cobra Manufacturing & Sales’ customers include some of the most prolific operators in the oil and gas sector.

Strong Reputation
The company’s reputation for designing and building high-quality equipment was bolstered in a big way at this year’s Oil & Gas Awards. Cobra Manufacturing & Sales took home the award for Manufacturer of the Year for the Rocky Mountain region, something Wendt says speaks to the company’s strengths considering that it was up against some well-established competition.

“It’s a good achievement to get since we’ve only been in business for two-and-a-half years, so it tells us we’re doing something right,” she says.

Wendt says the award is a significant event for the company, and one that couldn’t have happened without its many competitive advantages. “No. 1 would have to be our employees,” she says. “We have several who have been with us since the beginning.”

“We know the challenges faced by our customers every day and we listen to them and address them,” the company continues. “By listening to what our customers are looking for, we can build the best equipment for our customer and the best in the industry.”

Wendt says Cobra Manufacturing & Sales can offer this level of service because of the close working relationships it develops with its customers.

Follow-up Service
Once the sale is made, however, Cobra Manufacturing & Sales isn’t done serving its customers. “We strive to have what we call service after the sale,” Wendt says.

Follow-up service is a major component of the company’s dedication to its customers, and Cobra Manufacturing & Sales says it wants to make sure it is always available whenever customers have questions or concerns. “Even after working hours, the phones ring to cell phones so we can help our customers with any problems,” the company says.

‘High Achievement’
With Cobra Manufacturing & Sales now part of the Rush-Overland organization and the Manufacturer of the Year award under its belt, Wendt says the future looks very good for the company. “I just see it growing more and more, and with this award we’re maybe a little more known,” she says.

Accomplishing what it has in such a short period of time is evidence to Wendt that the company is and will continue to be on the right track. “It’s definitely a high achievement,” she says.