One of a kind

Driven by the expertise of CEO Robert Rohlfing, Desert Mountain Energy is threatening to shake up the US energy sector thanks to its advances in the exploration of helium and clean hydrogen

A relative newcomer to the field, Desert Mountain Energy (DME) began life as recently as 2018. Originally founded ten years prior as African Queen Mines Ltd, the once-mining company approached now-CEO Robert Rohlfing with a proposition to explore prospective helium, hydrogen, and noble reserves in Arizona’s Holbrook Basin, a large salt basin, situated close to the south margin of the Colorado Plateau in Apache, Navajo, and Coconino Counties. “Going back to 1999, I’d already conducted much of the geology and base work,” Robert explains. “So, when the offer came in, I accepted, and the project developed from there.”

A seasoned oil and gas industry operations executive, Robert boasts a strong geological background and over 26 years’ experience in formulating, conducting, and managing successful exploration, drilling, development, and production programs for oil, gas, and minerals worldwide. Armed with his expertise, DME quickly set to work acquiring additional leases, before drilling its first two wells in 2020. “They came in beautifully,” Robert reflects. “We had a very high percentage of helium, and soon after we moved 75 miles to the west, where we drilled our third well, and made another discovery.” 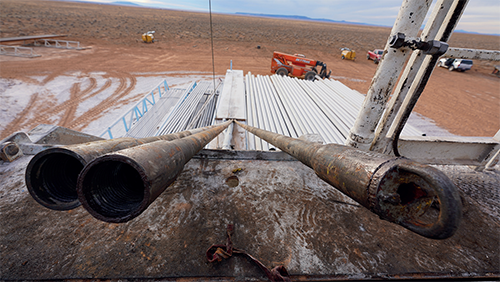 A fourth well at Holbrook soon followed, before DME launched operations at a new location, south of the city of Winslow, Arizona. Known as the McCauley Helium Field, it’s now home to a further three wells, including an exciting discovery: North America’s first clean hydrogen field. “Although the helium content in the McCauley Field isn’t quite as high a percentage as in Holbrook, it contains fewer of the other noble gases, and therefore lends itself to being more easily processed,” Robert notes. “Hydrogen, meanwhile, is typically found in the form of hydrogen sulfide. Stripping the sulfur from that is extremely energy intensive, and generally not cost effective.

“Since 2010, I’ve spent a lot of time rappelling down the canyons, conducting sampling, examining the upper structures, studying the ground, the water wells, to find trace levels of helium and hydrogen, including a very specific area without sulfur,” Robert indicates. “That’s where we’ve decided to explore. We’ve been very blessed and lucky to find clean hydrogen to varying degrees. In the McCauley field, we found a combination of hydrogen, helium, nitrogen, and other components, and we now have the field defined within our leases.”

Water-free production of both helium and hydrogen is a key component of long-term operation costs. “In a situation where you find helium and hydrogen together, one of the components you’ll have is water – a precious resource in Arizona, which requires protection,” Robert points out. “To achieve that, we’ve chosen to set multiple strings of casing in the wells to protect what should be, if not now, then in the future, treatable water. We’re taking extra steps to ensure that we remain conscious and aware of the environment.”

In November 2021, DME released new details surrounding the construction of the McCauley Finishing Facility for the processing of helium. The first of its kind, the plant will be powered exclusively by solar and hydrogen power, produced from the pay zone of DME’s wells. With a nearly zero-carbon footprint, it will involve no permanent construction, ensuring that the site can be easily returned to its natural state upon its end-of-life.

“When I first began looking at this area back in 1999, there were very few businesses that needed helium in Arizona,” Robert recalls. “Now, there are 47 of them, 30 of which have launched within the last three years, driven in part, but not exclusively, by the growth of semi-conductors. We recently brought in five ultra-heavy haul trucks to transport our rigs and equipment. There have been a number of logistics and supply chain issues we’ve had to address recently, so we’re trying to stay ahead of the curve. 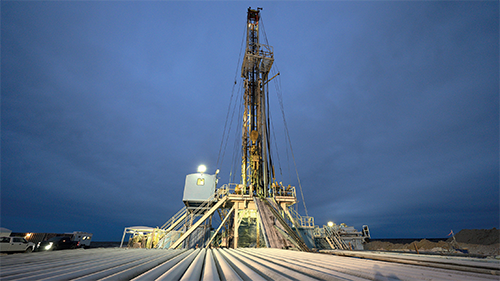 “Working with an engineering firm, the plant itself has been designed to be low-emission, to the point where it falls outside the normal permitted processes,” he continues. “It’s not perfect, but so far, we’re really close to zero-carbon. It’s a project that goes back to 2008, when we began working with the EPA and the Arizona Department of Environmental Quality (ADEQ) to understand the regulations and to establish what was possible.”

Due to come on board this year, the facility is set to be a key focus for DME in the short term. But Robert is already thinking about what might lie beyond. “Our goal is to use hydrogen to generate electricity for a state-of-the-art filling station, including the recharging of electric vehicles via hydrogen fuel cells,” Robert reveals. “We’re looking at dealing with two different companies to implement that between three-to-five years down the road.

“We’ve also identified a few other potential areas for exploration that may have a similar hydrogen-helium component with nitrogen,” he continues. “That could fall between 2023 and 2025, and we intend to work with the state to execute that at an increased density, above one well per square-mile. Neon is another resource we’re looking to exploit. In all, our goal is to become a leading independent company in the industry for the satisfaction of our future energy needs.”

Once again, Robert is keen to emphasize DME’s commitment to responsible, environmentally friendly exploration. “We want to be an innovator,” he admits. “We’re constantly thinking out of the box, trying to be as close to zero carbon as possible. Our intention is to lead the industry, helping to bring other companies around to a new way of thinking. We’re proving daily that it can be achieved alongside sufficient profit margins.”

Reflecting on DME’s success, and particularly its advances in clean hydrogen, Robert is proud of what he, and the company, have been able to achieve. “From a geological perspective, for clean hydrogen to occur requires 17 different conditions,” he says. “We’ve proven that in wells number two, four, five, six, and seven at McCauley. It remains the case that lots of people try to drill for hydrogen, but it always contains a sulfur component, which continues to require huge volumes of energy to strip out. Our goal has been to stay clear of that, and I’m pleased that we’ve been able to pull it off.

“For new companies joining the rush for helium and oil, they often don’t give it much thought,” Robert concludes. “I want them to understand that it really is possible to do in a way that’s responsible, so let’s do it.”