With activities based in the upstream part of the energy value chain the overall goal of the business is for its equity natural gas production to meet over 30 per cent of DONG Energy’s needs, thereby strengthening security of supply. By the end of 2009, DONG Energy had 14 production licences and 56 exploration and appraisal licences, two of which are being developed and are expected to go on stream within the coming few years. The group entity operates nine licences in Denmark, seven in Norway, seven in the UK and one in Greenland.

The start of 2004 spurred a strategic move for DONG E&P Norge when it relocated to its current location of Stavanger, at the heart of the Norwegian oil and gas industry. As its name suggests exploration and production is the focus for the business, while many of its core activities come from equity interests in a number of different fields. The organisation produces from assets, such as a 20 per cent stake in the BP operated Ula field, as well as 45 per cent in the associated Tambar field and 34 per cent in Gyda, and ten per cent in from the Shell operated Ormon Lange field, which is from where the company has its main source of production. In the same area, the company recently agreed to the development of Norwegian gas field Marulk in July 2010. Estimated to contain 71 million barrels of oil equivalents (BOE) in total commercial reserves, DONG owns 30 per cent of this licence with the remaining owners being Eni and Statoil. The field is due to be in production in the second quarter of 2012 and major preparation works are already underway.

However, the most exciting and recent developments for the company lie in the operation of two new subsea tiebacks, as Anders Mørland, general manager of DONG E&P Norge explains: “Before the end of 2010 we will see the completion of notable developments in the Trym gas field, which will provide a tie-back to the Danish production platform, Harald. The gas from Trym will be 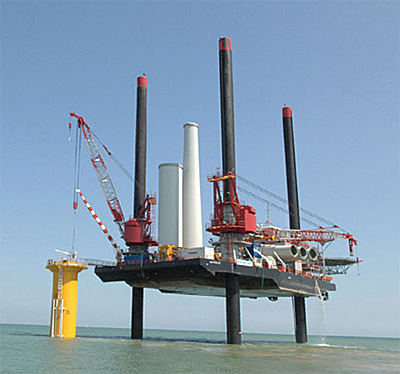 transported from Harald via DONG Energy’s pipeline to the Tyra platform and onwards to Nybro in Denmark or Den Helder in the Netherlands, respectively, making it the first production facility to transport gas from Norway to Denmark – a highly lucrative advancement.”

Secondly, the organisation is the operator for the oil and gas field Oselvar, which together with the Trym field could represent the first DONG Energy-operated development on the Norwegian Shelf. Located only 23 kilometres from the Ula field, a total of three subsea horizontal production wells are due to be drilled on Oselvar and connected to Ula through a pipeline from which oil will be transported via the Ekofisk/Norpipe system to the UK. Part of the produced gas from this field will be sold to the Ula licence for gas injection in order to increase oil recovery, while the remaining part can be exported to the German market.

Anders comments on the success of these interests: “Our total production at present is over 60,000 BOE a day and the acquisition of activities from BP and Svenska Petroleum in the last few years has aided our growth considerably. We pride ourselves on being a highly focused company that always looks for new opportunities and we have been dedicating resources and concentrating expertise on Norway for some time. Both organically and non-organically this strategy has paid of dividends and we are looking forward to unlocking further potential in this region.”

The transition to becoming an operator, as marked by these two subsea tie-back projects, is also a significant stage in DONG E&P Norge’s evolution in the marketplace. This achievement has brought about substantial changes for the company including the employment of more expert and specialised staff, while its propulsion from the back to the front seat of the North Sea oil and gas arena is perhaps its greatest accolade.

As carbon footprints are put increasingly under the microscope, the company also has ambitions to form the next generation of power supply. In June 2010 DONG Energy furthered its share in the renewable energy market through the inauguration of its latest British offshore wind farm, Gunfleet Sands. Based in the Thames Estuary just off the Essex coast, the wind farm will supply green power to the equivalent annual consumption of 125,000 British homes. While it is the biggest producer of electricity in Denmark, 85 per cent of the organisation’s power production comes from fossil fuels and 15 per cent from renewables – the target is that these numbers are inverted by 2040.

“In terms of exploration and production I would like to see us be one of the leaders in the field,” Anders concludes. “I hope to see us participating and having success in some of the biggest field developments, while maintaining a keen local eye on organic and inorganic opportunities. We always seek a good balance between oil and gas activities, and I believe that our achievements on the Norwegian shelf will very much continue to be part of our future.”