Back to Profile Gallery > Engro PowerGen

Established during 2008 as a wholly owned subsidiary of the Pakistani based Engro Corporation, Engro PowerGen represents the first initiative of Engro Corp into the country’s power sector. The aim of the company is to ease the burden on the nation’s energy sector through the development of projects exploring cleaner, more efficient and economically viable sources of power generation including wind, hydro and solar energy. Engro PowerGen Qadirpur Limited was listed on the Karachi Stock Exchange during October 2014 when 25 per cent of the company’s shares were offered. As of today Engro Powergen Qadirpur Limited is 69 per cent owned by Engro Corp via Engro Powergen, while the remainder of the business is owned by the International Finance Corporation (IFC) and employees. The first independent power project (IPP) belonging to the Engro group, the Engro PowerGen Qadirpur plant is widely recognised for being Pakistan’s first green power plant and the only facility of its kind to reduce carbon emissions through the utilisation of permeate gas. 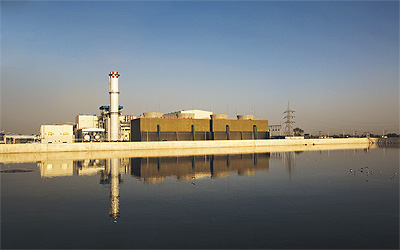 “In Pakistan there are independent power producers that are private entities that sell power to the national grid. The first Engro IPP was commissioned in 2010 and today this first power plant is a 217 megawatt power (MW) operational facility, which is unique in that it generates power and also benefits the environment,” elaborates CEO, Jahangir Piracha. “The plant itself is located next to an active gas field. During the production process there is a need to flare some of the produced gas, which also produces carbon dioxide. The Qadirpur plant takes the flare gas that would otherwise be burned and wasted and uses it to generate power. The plant is also registered for carbon credits, which is a registered project with the United Nations Framework Convention on Climate Change (UNFCCC).”

Prior to the commissioning of the Qadirpur plant, high sulphur gas was being flared through the Qadirpur Gas Field for almost a decade. Investigation of energy conservation solutions showed that it was possible to burn the waste gas to allow power generation. The plant employs a 1+1 configuration dual fuel fired combined cycle power plant, with a 123 MW gas turbine; a 400 tonnes per hour heat recovery steam generator; and a 110 MW steam turbine.

With the successful commission of the Qadirpur plant, Engro PowerGen is committed to the provision of affordable energy and reliable operations through which the company creates value for all of its stakeholders and end users. Its mission is to undertake plant operation and maintenance in a manner resulting in the continuous supply of power to the Pakistani national grid. It aims to do this by harnessing human talent and local resources while giving high priority to health, safety and environment in a positive, sustainable and affordable way. The work of Engro PowerGen is increasingly important to helping Pakistan meet its growing energy needs in the face of a national power deficit that makes it necessary for the country to explore and invest in several forms of power generation.

“To really understand the power situation in Pakistan, it is important to take into account the fact that there is a deficit of about 5000 MW in the country at present, resulting in a lot of brownouts, as well as the occurrence of blackouts,” Jahangir explains. “I think that to address this problem we need to invest in all energy types at present, meaning that it is not really possible for Engro PowerGen to focus purely on renewable energy. It is important for Pakistan to make use of fossil fuel to power plants and when the opportunity arises to also look at renewable power sources such as solar, wind and hydro power. This is certainly the doctrine that the government is also following at present.” 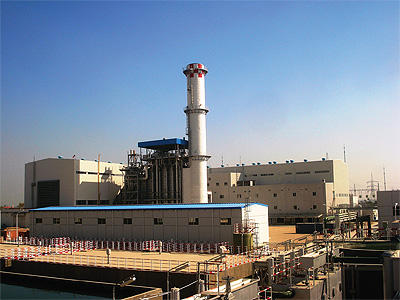 Within the Pakistani market the low cost of oil has shifted the focus of the energy business to more conventional fuel-burning power plants, as the reduced cost of crude oil makes the operation of such plants relatively inexpensive. However, Jahangir is confident that this will be a temporary situation and that renewable forms of energy will play a key role in the nation’s future energy solution. “Currently the crude oil price has dropped so much that the cost of burning in conventional power plants has become relatively cheap and this makes it more challenging to justify the slightly more expensive forms of power that come out of renewable sources,” he says. “At $100 plus per barrel for the price of crude oil, alternative products like wind or hydro have more of an attraction; however with prices at a third of what they were previously it is more of a struggle to sell the idea of renewable energy to the state’s energy regulator. I think that this is a temporary phase and that the industry understands that the crude oil price is not going to stay at its current level. The future is in renewable energy and within Pakistan there is a limited area in which I feel that the renewable sector can do well. Solar energy has the best potential followed by hydropower which too has very good prospects.”

By working with the Pakistani government to help address the nation’s energy needs, Engro PowerGen Qadirpur Limited has further strengthened its reputation as a trusted and ethical market player. The wider Engro Corporation celebrated 50 years of operations during 2015 and, therefore, lends a strong base of engineering excellence to Engro PowerGen, which the company leverages to provide technically advanced and effective power generation solutions. As it continues to grow, Engro PowerGen will continue to work to address Pakistan’s energy deficit and to expand into new regions globally. “We work within a regulatory framework and as such only sell to one client, which is the Pakistani government. The government has designed the country’s power projects internally so that they provide an attractive rate of return. This is typically a 15 per cent product based return, which is a very attractive rate,” Jahangir concludes. “Our parent company has a legacy within the industry of 50 years, which is not necessarily in the power generation business but within the running of large complexes such as fertilizer and petrochemical plants. This means that the company is built on a very significant engineering background. The Engro Corporation has identified three verticals that it would like to develop, primarily the first of these is energy; while the second is the food business, which deals with almost 180 million people in Pakistan and hence is a very critical sector to address; and the final area is agricultural based chemicals. We are looking at the potential of adding a further 100 MW of capacity at our existing power plant, as well as new opportunities domestically and globally to provide a comprehensive power solution.”