Back to Profile Gallery > Eni Norge

Established in Norway in 1965 during the birth of the country’s petroleum era, Eni Norge has become a key license partner in many of the major oil and gas fields on the Norwegian continental shelf.

As an operator on the NCS it maintains a philosophy of actively searching for new resources whilst ensuring optimum yield from existing fields. The company, part of the Eni group, an Italian multinational major integrated energy company that has a presence in 70 countries and employs more than 78,000 personnel. 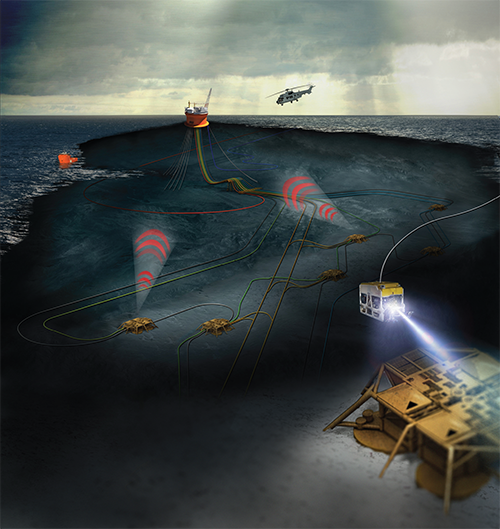 Eni Norge is currently working in partnership with Statoil on the Goliat oilfield. This field, located in production license 229, in the Barents Sea, had its first wells drilled in 2000, and a total of five wells have been drilled to date. The Goliat field has two separate main reservoirs, both of which contain oil with an overlying gas cap. The Realgrunnen and the Kobe lie approximately 1,000 metres and 1,800 metres below sea level respectively.

Communications manager of Eni Norge, Andreas Wulff, elaborates upon the project: “The Goliat field is the first license that we have been granted permission to operate on the Norwegian Continental Shelf, and aim to have production up and running by Q4 2013. The estimated oil reserves held in this field are 28 million barrels of oil equivalent (BOE) and gas reserves are estimated at around eight billion BOE.

“Total investment in this field will be approximately 3.6 billion euros, and the annual operating cost will be around 127 million euros. The PDO was granted by the Ministry of Petroleum and Energy in June last year. Although we are still in early in stages, most of the major development contracts have been awarded. The concept we have selected for this project is the Sevan 1000 FPSO, which we see as an ideal choice for this application.”

Developed by Sevan Marine, the Sevan 1000 FPSO is based on the company’s proprietary technology, and it will have an oil production capacity of 100,000 barrels a day, a gas production of 3.9 million cubic metres a day and an oil storage capacity of one million barrels. The FPSO is also specially designed for environmentally friendly operations through electrification from shore, which ensures reduced emissions of CO2.

The oil containment system within this FPSO also has a segregated ballast tanks and no contact between the oil and surrounding water, which prevents the release of polluted ballast water into the sea. This is further supported by an oil containment system protected by ballast tanks in both the sides and bottom area, and the specially designed winterisation solution will provide optimal working conditions for the crew.

Andreas explains why the Sevan 1000 FPSO was chosen: “We believe this is the optimal solution, not just from a technical and commercial side, but also from an environmental perspective. Although new on the NCS, the design is proven technology. It has already been implemented successfully on both British and Brasilian shelves.”

The company also has various other ventures underway, one of which is on the smaller Marulk field. Situated in block 122 of the Norwegian North Sea, this field will be developed as a tie back to the Statoil operated Norne FPSO. Eni Norge is the operator of Marulk with a 20 per cent share, while Statoil and Dong E&P Norge have a 50 per cent and 30 per cent share respectively. When the PDO is granted for this field, Eni expects the investment to reach approximately 508 million euros, and for the project to be on steam by the second quarter of 2012.

Eni Norge is also engaged in various oil spill recovery initiatives, and has current initiated 30 projects with its Goliat partner in this area. Andreas elaborates: “We have presented a comprehensive scope of oil spill preparedness plans for the Goliat operation. Here, we have introduced various new concepts into the Norwegian Continental Shelf, amongst which is the utilisation of a local fishing fleet as part of the permanent oil spill preparedness organisation. The concept is pending approval from Norwegian authorities.

“Furthermore, the Goliat operation will be monitored through sensors on the sea bed and by ROVs for early detection, also through infra red cameras and radar systems that will enable surveillance in conditions of poor visibility and darkness. We also aim to introduce new technology resulting from our R&D activities.”

With projects in abundance for Eni Norge, Andreas is positive about the future success of his company. He concludes: “At present we are in the early phases of the Goliat and Marulk projects. We are confident that we will be able to deliver on both of these fields and Goliat really will be a major milestone not just for our business but also for the whole industry in Norway.