The 2018 rebrand undertaken by Statoil that has revealed the international energy company’s new name – Equinor – has by no means changed the core goals of the business, as a whole, and its Danish subsidiary, Equinor Refining Denmark, in particular. Committed to always operating safely and profitably, and representing an attractive place to work, Equinor Refining Denmark has 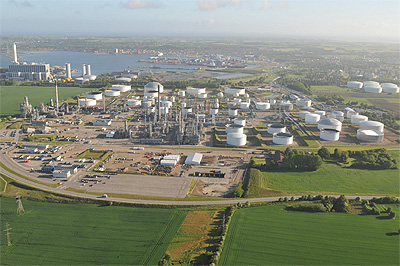 been plugging away in its efforts to improve its efficiencies in the two years since we last featured the company on the pages of Energy, Oil & Gas.

“We have launched a number of projects to develop our Kalundborg refinery, which is also Denmark’s largest oil refinery with a capacity to process 5.5 million tonnes of crude oil and condensate per year, in order to advance towards meeting our goals,” begins Jofrid Klokkehaug, Managing Director of Equinor Refining Denmark. “For example, since safety is our top priority, we have installed a new fire and gas detection system in the processing area. It is a wireless solution for the gas detection that was installed a couple of years ago and is proving an exceptionally flexible device, we are looking to develop further. This new technology is significantly better than the one we previously had, thus giving us confidence that our environment is safe to operate within,” she points out.

Another important recent milestone for the company was connecting the Kalundborg refinery to Denmark’s natural gas grid. “Up to last year, we were importing one-third of the steam that is being consumed. We now produce all of it by ourselves in the refinery, having also installed two new steam boilers. What is more, having natural gas into the plant allows us to use it in the heaters, too, which in turn enables us to extract more propane from the refinery. That is a particularly positive arrangement, as propane is a more valuable product than natural gas,” Jofrid explains.

One of the main reasons behind Statoil rebranding to Equinor was the organisation’s desire to operate under a name that accurately captures its activities and aspirations for the future. Made up of ‘equi’, which stands for terms such as ‘equals’, ‘equality’, and ‘equilibrium’, and ‘nor’, signifying the business’ Norwegian heritage, Equinor means to reflect the diversification of the company’s offering, as it is increasingly looking to develop renewable energy solutions.

“Over the years, we have made a name for ourselves for producing mainly transportation fuels, such as diesel and petrol, but we have now begun to produce wind and solar energy, as well. We 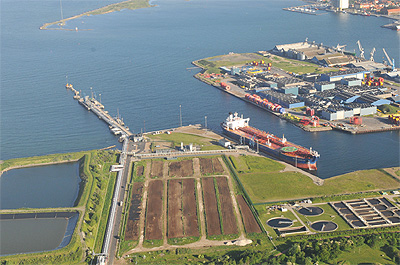 want to be seen not merely as an oil and gas business, but as an all-round energy company that produces a variety of resources,” Jofrid establishes. “At the same time, there is clearly a rise in the demand for bioblending in transportation fuels, which effectively means that there needs to be a higher percentage of ‘green’ components in the fuel,” she explains, adding that Equinor is presently working on a number of projects in this area.

Sustainable trend
January 2020 will see the coming into effect of a new landmark regulation imposed by the IMO that will set a 0.5 per cent sulphur limit for marine fuels used on ships, which operate outside of the sulphur emissions control area. With less than a year and a half to go before the rule is enforced, Jofrid is confident that Equinor is in a good position to comply and produce fuels of the necessary quality. She notes that, even though the company’s products are mainly offered into its domestic market, including the southeast of Sweden, Equinor exports marine fuel across Europe, as it meets the standards in place.

Following the trend of sustainable practices being introduced internally across many companies, Equinor has made the most of the Kalundborg refinery’s location near a big solar park and windmill, using renewable sources to power its own operations. “We have also integrated various lean techniques to ensure that we continuously improve the ways in which we deliver our work. The refining business has always been characterised by fierce competition, so it is vital for us to be as efficient as possible,” Jofrid claims.

“Although the renewables market is expanding, we feel that there will still be room for oil products in the long-term. The shift towards renewables is certainly not happening overnight,” she states. “Right now, we are pleased with the quality of our products, so we do not need to make any significant investments, in order to fulfil current market demands. The refinery business is naturally a market-driven one, so it is of utmost importance to follow the market closely, first and foremost. In the meantime, our ambition is to improve our production consistency and continue to operate the plant safely, which is a compulsory condition when being in this type of business,” Jofrid concludes.