Back to Profile Gallery > Fendercare Marine

Fending off the competition

Founded in 1988 as the UK agent for the Yokohama Rubber Company’s range of marine fenders, Fendercare Marine has, in the 20 plus years since, developed into one of the world’s leading suppliers of marine products and services: “One of the biggest developments in the history of the company occurred at the turn of the century when a strategic decision was made, at the request of its customers, to provide the same excellent service, but with a wider range of products,” explains Lara Griffin, director of Fendercare Marine.

In the three years that followed general marine equipment suppliers, ship deck equipment, bollard and floatation companies were acquired, becoming part of Fendercare Marine’s portfolio and increasing total company turnover to approximately £8 million per annum. In 2006 the company became a fully owned subsidiary of James Fisher and Sons, and the level of support and investment this brought helped increase Fendercare Marine’s footprint and stockholding worldwide resulting in a turn over of £94 million in 2010.

The last two years have seen the company making continued strides to build on this global presence: “One region that Fendercare Marine is looking particularly closely at now is Africa,” Lara states. “Presently the company boasts a busy operation in Nigeria offering ship-to-ship (STS) services and a number of locally stocked marine equipment products. Initially the company is hoping to replicate these activities in Angola, with other countries to follow thereafter.

“South East Asia and Australasia are also regions that display a huge amount of potential for growth in the years to come. In 2010 the company acquired a business by the name of ACM, based in Fremantle, Australia. Originally specialising in servicing the local commercial marine sector, ACM is now targeting the booming offshore oil and gas market that is now hitting Australian waters.”

Aside from its selling of mooring and buoyancy products to the oil and gas industry, a large part of the company’s business revolves around STS transfers: “Fendercare Marine has been providing STS services to the worldwide oil and gas industry since 1995,” Lara continues. “These transfers take place between vessels of all sizes and involve the movement of a variety of cargoes including crude oil, white and black products, LPG, LNG and bulk items. Today these services are provided from the company’s network of 35 global bases, handling in excess of 3600 transfers a year. 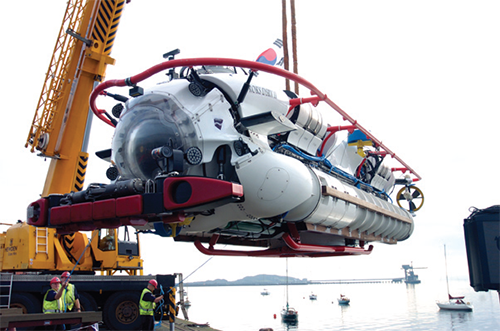 “In addition to these services, Fendercare Marine made the decision in 2010 to acquire a Norfolk based company called M&DS. A provider of a wide range of diving services and equipment, M&DS can specifically offer oil and gas customers pipeline inspections, stabilisations, annual IRM surveys, UWILD surveys, subsea riser installations, wellhead surveys and various other remedial works.”

Following the successful launch of its first Renewable Energy Support Base (RESB) in Lyness, Orkney in 2010, the company announced in November 2011 its commitment to opening a second offshore marine energy O&M facility in Great Yarmouth in early 2012: “From its Orkney base the company provides not only shore side logistical support to wave and tidal energy development companies, but also assists developers by providing buoyancy, fendering and mooring advice and solutions,” Lara highlights. “The new facility in Yarmouth will provide the company’s extensive range of support services and equipment to the expanding offshore wind industry and the associated supply chain in the area. With a large set down and storage area, as well as quay side frontage with mooring facilities for up to eight offshore support craft at any given time, the new set-up will compliment the broad range of products and services that Fendercare Marine and other members of James Fisher & Sons can provide.”

The success of Fendercare Marine, in Lara’s opinion, largely comes down to the fact that it is a company that is prepared to invest in remote locations where very few Western companies offer the same high standards in relation to products and services: “Further to this the company has an excellent team of committed frontline and back-up staff in all of its global locations who are adept in understanding and swiftly responding to the needs of the client. This trait, and the ability to call upon expertise and solutions from other James Fisher Group companies, makes for a particularly formidable set-up.”

Moving forward Fendercare Marine has a very aggressive development plan that runs through to the end of 2015: “This plan specifically targets exponential growth in all of the company’s business areas,” Lara says. “The vast majority of this growth is expected to come within the oil and gas sector and in broad terms the company feels it can achieve this throughout a combination of activities. These include increasingly becoming the ‘shop window’ for James Fisher & Sons companies operating within the oil and gas sector, via judicious acquisitions of companies that offer a natural extensive to Fendercare Marine’s products and footprint and through organic growth by leveraging the company’s connections throughout the globe.

“While it is a fact that Fendercare Marine has experience huge growth over the last decade, it can also see a clear path to being able to top even that level of performance in the years ahead. From a personal standpoint, of all the years I have spent with the company, 16 and counting, today feels like the most exciting time to be involved with Fendercare Marine and it is a truly energising experience to be a part of a business that has so much untapped opportunity in front of it.”