Present in 13 countries including Portugal, Brazil, Angola, Mozambique, Gambia, Uruguay and Equatorial Guinea, Galp Energia is an integrated energy operator boasting diversified activities across the globe in the oil and gas industry.

With its refining and marketing activities centred on the Iberian Peninsula, the company also retains a strong presence in the resource-rich South Atlantic exploration and production area that covers both Brazil’s pre-salt Santos basin and the Angolan offshore region.

Operating across a broad spectrum of the energy chain, from exploration and production of crude oil and natural gas to the supply of energy products and services to the end user, Galp Energia’s activities can be broadly split into three main categories, those being exploration and production, refining and marketing and gas and power. Of the company’s 44 different upstream projects located in several different geographical areas, its assets in Angola and Brazil stand out prominently. Its oil production is concentrated on Angola’s Block 14 in the Tupi field, one that produces some 17,800 barrels per day. The start up of this pilot project also signalled the rise of Brazil as the focus of Galp Energia’s oil and natural gas production.

Located on Portugal’s Western seaboard, Galp Energia’s integrated refining base has a throughput capacity of some 310,000 barrels per day and has recently been on the receiving end of an extensive upgrade programme costing 1.45 billion euros. Central to the company’s refining activities is an ongoing ambitious project designed to convert its two refineries for the triple purpose of maximising diesel production, raising the utilisation of their refining capacity and optimising the processing of heavy crude oil. Galp Energia’s refined products are primarily marketed in the Iberian Peninsula, as well as Africa, with sales in 2010 reaching 11 million tonnes. 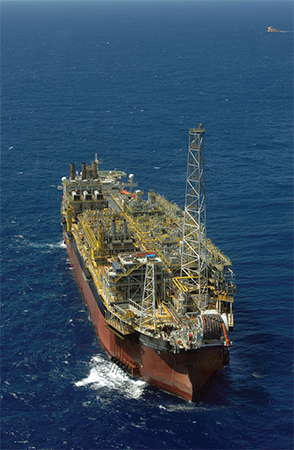 On the gas and power side of the business Galp Energia has successfully secured long-term contracts for the supply of nearly six billion cubic metres of natural gas, sourced from Algeria by gas pipelines and Nigeria via LNG tankers. This natural gas is then sold to more than 1.3 million customers living in Spain and Portugal.

Galp Energia’s overall strategy is to consolidate the company’s position in the supply of energy products and services whilst also intensifying its upstream activities, something that is becoming increasingly obvious with the company’s relatively new venture into exploration and production. The vision of the company also extends to the aims of capturing value in its refining and marketing and gas and power segments. Undertaking a number of major projects in the refining market and making several acquisitions in regards to the marketing of oil products and natural gas has contributed equally to the integration of the company’s downstream activities and the stabilising of its cash flows.

The aforementioned upgrading of the company’s refineries in Portugal in late 2011 are expected to positively contribute further to its cash flow generation and provide greater flexibility to better respond to any future shifts in demand. It is with this in mind that the company sees 2012 as being very much a turning point for Galp Energia as the focus of its capital expenditure turns to the development of projects within the pre-salt Santos basin.

Two interrelated timeframes are being used to dictate the way Galp Energia hopes to execute its plans. In the short and medium term, the company will look to sustain increased cash flow generation through the rising production of crude oil from the Tupi project, the completion of the refinery upgrade project and the consolidation of its business in marketing oil products. Together this work will also contribute towards the funding of further upstream projects, particularly those earmarked for Brazil.

In the medium to long term, the company’s growing involvement in the Santos basin’s pre-salt projects will strengthen Galp Energia’s position as a producer of crude oil and natural gas and further boost cash flow generation. Crucial to achieving these goals is the development of the Tupi and Iracema projects, a process that will in turn make Brazil the mainstay of the company’s long-term strategy.

In executing its strategy the company works to establish actions and investment decisions among its three business segments. Investing considerably in its people in order to gain a sustained competitive advantage over time, Galp Energia makes a huge effort to constantly raise the skill levels of its exploration and production staff, primarily due to the sheer importance of this segment to the company’s value creation process.

As it pursues both its short and long term goals, Galp Energia aims for sustained growth and value creation alongside responsible conduct that minimises environmental damage, raises energy efficiency and enhances prosperity in the communities where the company operates.