Independent oil and gas exploration and production company, Gulf Keystone Petroleum Ltd (Gulf Keystone), has had another impressive year after discovering the biggest oilfield in the recent history of the Kurdistan Region of Iraq in August 2009.

The business has offices in Erbil, Kurdistan Region of Iraq, and London, UK, with its operational strategy focused firmly on Kurdistan – the location of its four contiguous oil blocks, three of which 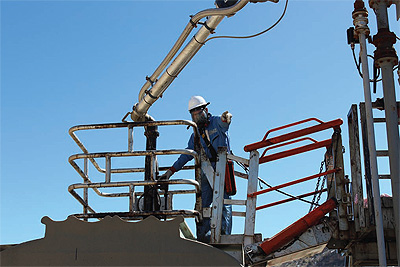 Gulf Keystone Petroleum International, a subsidiary of the business, signed Production Sharing Contracts (PCS) for the Shaikan and Akri-Bijeel blocks in November 2007; the PCSs for the Sheikh Adi and Ber Bahr blocks were signed two years later in July 2009. The Shaikan block became the site of a world-class discovery in August 2009 as a result of the Shaikan-1 exploration well drilling. The results of this discovery were phenomenal, with the company reaping the rewards of holding a 75 per cent working interest as operator of the highly prospective block. Following a successful well testing programme of the second exploration well on the Sheikh Adi block, also operated by Gulf Keystone, the company announced a new Jurassic discovery in November 2012. The operator holds an 80 per cent interest in the block, which covers an area of 180 km2 immediately to the west of the Shaikan block.

Provisional results indicate the oil gravity in the Sheikh Adi well is similar to that found in the same formations as its game-changing neighbour. “Today the Shaikan extended well test facility, which first became operational in October 2010 and is tied to the Shaikan-1 and Shaikan-3 wells, can produce over 5000 barrels of oil per day,” says Ewen Ainsworth, Gulf Keystone’s finance director. “The company is currently moving into field development and production at Shaikan and our production capacity is set to significantly increase to 20,000 barrels of oil per day with the commissioning of the first Shaikan production facility (PF-1), which will replace our existing EWT facility in March 2013, shortly followed by a second production facility (PF-2), which will add a further 20,000 bopd to the company’s production capacity in mid-2013.”

First incorporated in Bermuda in 2001, Gulf Keystone has been listed on the AIM Market of the London Stock Exchange since 2004. After major developments and highlights over recent years, the firm now holds a strong position in the Kurdistan Region of Iraq. Its success, and the effort of the Ministry of Natural Resources to develop an attractive and transparent environment in the oil and gas sector, has encouraged approximately 50 international companies to enter the region. “The reason for Gulf Keystone’s discovery of the biggest oilfield in the recent history of the region resides in the motivation of the Kurdistan Regional Government to search for oil and maximise the resource for the benefit of regional and national economic development. These developments reinforce the company’s early belief in the Kurdistan story and establish Shaikan in particular as a benchmark for other fields in the area,” explains Ewen. 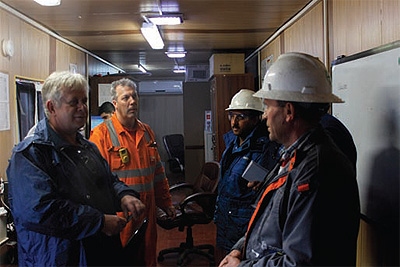 Taking into account the latest estimates for the Shaikan discovery, the current resource estimates for the Bijeel discovery and the Ber Bahr block, as well as the preliminary resource evaluation of Sheikh Adi, Gulf Keystone today holds a share of gross mean oil-in-place resources of at least 19 billion barrels in Kurdistan, representing an increase of three billion barrels since May 2012. With so much success in the region the company hasn’t looked back on its 2009 decision to gradually exit Algeria, its first primary operational location. Believing its exceptional results in the area are partly down to the long-standing positive relations it has with the local government and Ministry of Natural Resources, it aims to achieve its full potential by focusing solely on its assets in Kurdistan for now and for the future. Its operations will play a key role in achieving Kurdistan’s production and export targets for barrels of oil per day and will also contribute to the economic growth in the interests of the people of Iraq.

The company is dedicated to its corporate and social responsibilities and aims to make a positive contribution to local communities in the areas of its operations. “By implementing local employment and training initiatives, we strive to conduct our operations in the spirit of co-operation with local communities. We also endeavor to control and maintain our environmental footprint with waste management initiatives, bioremediation plans and dewatering systems,” says Ewen. The company is also committed to the health and safety of its employees and contractors, which it views as of paramount importance.

Following a strong year of expansion and discovery, Ewen looks back on recent major milestones: “An irrefutable highlight of 2012 and one of our most important to date is the declaration of commercial discovery for the Shaikan field. This landmark announcement marked the completion of the Shaikan appraisal programme and subsequently the completion of the Shaikan Field Development Plan, the next step towards the large-scale development of this world class asset.” Once the plan has gained approval, Gulf Keystone will be left with a clear path to prepare a move into the development stage.

Keen to continue its run of success, the company’s strategic priorities include increasing the Shaikan production facilities’ output to accelerate export and domestic sales, and also designing and constructing a pipeline to draw increasing Shaikan production to international markets. “The company will soon be putting in place two production facilities, which will enable us to produce up to 40,000 barrels of oil per day in mid-2013,” says Ewen. “Gulf Keystone has a clear vision regarding a future pipeline to transport and export future Shaikan production, subject to confirmation of the final route of the pipeline, which is dependent on a number of important decisions by the Kurdistan Regional Government regarding the overall regional pipeline outlook and further exports of crude from the region.” These developments come as the company prepares for a move from its current position on the AIM Market to the premium segment of the Official List of the London Stock Exchange.

With an estimated 45 billion barrels of oil and 100 trillion to 300 trillion cubic feet of gas in the Kurdistan Region of Iraq, and further exploration uncovering the potential of another 25 billion barrels in unproven reserves, Gulf Keystone is keen to continue developments and significantly increase production with the commissioning of two Shaikan production facilities. The company is also extending its aggressive exploration and appraisal of the Akri-Bijeel, Sheikh Adi and Ber Barh blocks with the aim to prove up the resource base. Gulf Keystone has achieved great success, which it believes is partly down to its diverse workforce and the standards it upholds. “Our ongoing and future success is a function of the team we have in place, both on the ground and in the company’s offices, and of our exceptional assets including the giant Shaikan field, with the goal of achieving 150,000 bopd, potentially by 2015, and full plateau production thereafter,” says Ewen. Since entering the Kurdistan Region of Iraq in 2007, the company has commanded a coveted position and is proud to retain its profile as a leading operator in this area of the world.