Back to Profile Gallery > Helgeland Kraft AS

Operating from Mosjøen, Norway, Helgeland Kraft AS is engaged in the production, transmission, distribution and power sale of renewable energy throughout Norway. Although the roots of the business can be traced back to the development of Norway’s first hydropower plant to be built on the Revelfossen section of the Tverråga River during 1907, the company as it is recognised today was founded in 1946. The introduction of new energy legislation in the 1990s led to the restructuring of the organisation as a stock-based Aksjeselskap (AS) company, which is today still owned by 14 Helgeland municipalities.

In 2001 the company was restructured from a co-operative venture into a limited company, while retaining the same ownership and reorganising its hydropower, networks and power sales 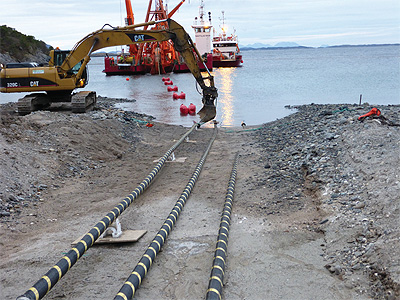 business areas into separate divisions. During 2014 the business was finally rebranded as Helgeland Kraft AS. Today the goal of Helgeland Kraft is to increase the security of energy supply throughout Helgeland, while continuing to provide increased value to its customers and partners.

Helgeland Kraft Nett for example, operates as the company’s infrastructure division that is currently engaged in a significant renewal of the power network throughout the region of Helgeland, which commenced during 2010 and is set to continue well into 2020. Helgeland Kraft Nett manages a network of power lines that spans 7800 kilometres, which roughly translates to 3.5 times the length of Norway! The Helgeland Kraft energy grid provides power for approximately 45,000 customers, with around 6TWh carried on the network.

Helgeland Kraft Vannkraft is responsible for the development and operation of power production across 12 hydroelectric plants within Helgeland as well as the further construction of seven new plants over the coming years. Two of these plants will be constructed in Rødøy in co-operation with SKS, while the other five will be built at Tosbotn in the Brønnøy municipality. Helgeland Kraft is keen to build plants that utilise the regions available water assets, while working to safeguard the natural beauty of the area. All of the new plants along the Tosboth are expertly designed to provide the best possible balance of productivity, sustainability and responsible operation. The first of the company’s new plants, Øvre Forsland, was completed in August 2015 and the remaining plants are set to be built between now and 2018. The completed Øvre Forsland plant is located on the riverbank in a clearing at the edge of a spruce forest. Its unique design is fully inspired by nature intentionally environmentally friendly, which has earned the plant an international architectural prize and a description as ‘paradoxically beautiful’ by the world’s media.

Helgeland Kraft Strøm is responsible for the power sale, supplying 80 per cent of total customers within the region with a 35 per cent of turnover throughout the rest of Norway. Helgeland Kraft’s 296 employees work according to the company’s vision of operating as a value creating enterprise with a strong focus on preventative health and safety management systems. This has allowed 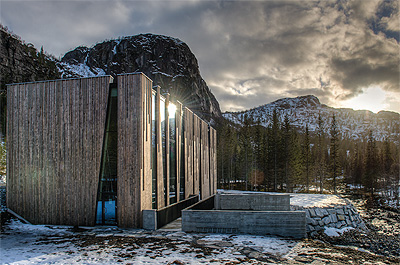 Helgeland Kraft to generate a turnover of 1,155,509 million NOK and pre-tax profits of 224,791 million NOK as of 2015. While the business has enjoyed stabile income and profitability in recent years, Helgeland Kraft remains fully committed to further expanding protecting the power generation security of Helgeland and increasing its market position.

Indeed, the company has significant development plans in place for the next ten years and currently has five license applications in process with the possibility of increasing power production by 10 GWh. With investment in a new generation of power facilities and new investment and maintenance on its existing network, Helgeland Kraft has earmarked around 2.5 billion NOK of capital for investment over the coming ten years. The construction of its seven new power plants represents an investment of 1100 million NOK and will increase its total power generation capacity by 25 per cent.

The development of Øvre Forsland and the five remaining new hydroelectric power plants in Tosbotn was in part facilitated by a loan of 470 million NOK, which was provided by the Nordic Investment Bank (NIB). “It has been important for us to show that it is possible to build hydropower plants that are both beautiful and adapt to surrounding nature. We are proud of our hydropower projects in Tosbotn and Øvre Forsland, and that they qualify for a loan from NIB. NIB provides us with long term funding and is a new funding source for us,” says Helgeland Kraft CEO, Ove Brattbakk.

During May 2016, representatives from both Helgeland Kraft and the designers of the Øvre Forsland plant, Stein Hamre Arkitektkontor travelled to New York to attend the Architizers 2016 A + Awards. There they received major recognition for the Upper Forsland power plants as the winner of the Architecture and Sustainability category following a poll in which about 400,000 votes from 100 countries were submitted. While this recognition and global acclaim are indeed welcomed by Helgeland Kraft, the real benefit for the company and its clients will come from the additional power that the business is able to supply to the Helgeland grid, which is an area in which the business is set to continue to expand during the coming years.