The Humbly Grove Field is located on the northern edge of the Weald Basin in Hampshire, the UK, and since the early 1980s has been an oil and gas producing reservoir.

The first well, HGX1, was drilled in May 1980 and tested at 100 stb/d from a low permeability carbonate reservoir; three appraisal wells were drilled between February and August 1982, confirming the presence of an oil reservoir with gas cap approximately 3500 feet below the surface, within the Great Oolite Limestone layer. At the same time a second reservoir, water-wet and 4500 feet below the surface in the Rhaetic layer, was discovered. Additional wells were drilled down to the Rhaetic to take better advantage of it. By the time it came online in May 1986, a total of 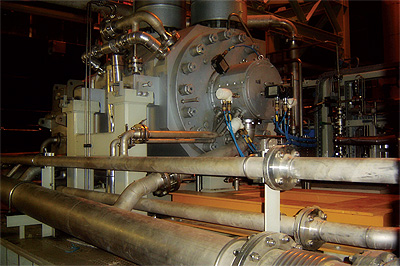 13 development wells from three surface locations had been drilled into the Humbly Grove Field.

Humbly Grove Field is a rare example of a joint oil production and gas storage facility inland Britain. For two decades the two reservoirs had produced oil and gas but in 2005 a depleted reservoir gas cap developed and the purpose of the site quickly changed. Arthur elaborates on what happened next: “Around 1999 to 2000, power generation was installed on site. This took the gas cap from the reservoir and produced electricity for the company’s revenue stream. That, in essence, is how the gascap space was created for gas storage because until that time all gas that was produced was re-injected to maintain reservoir pressure.

“Additional wells were drilled and infrastructure built at the surface to become a gas storage facility, though this caused problems in its own right. Re-pressuring the reservoir, as far as engineers were concerned, was expected to enhance oil recovery. In reality it has extended the life but also increased the gas/oil ratio of the production wells, resulting in gas-handling constraints. As a consequence of that we are currently carrying out project work to maximise the oil production capability by increasing the gas handling facilities of the main plant; this will be achieved through integration of the oil production and gas storage facilities.”

At present the site’s two functions are operationally independent with the aim of current investment into the Humbly Grove Field being to cross-connect them, enabling the gas storage facility to handle gas for the oil production facility and vice versa. The consequence of this will be to better optimise the oil production, gas movement, and gas storage at the plant, thus aiding Humbly Grove Energy Limited in maximising the asset for PETL.

Part of this upgrade involves development of the site itself with new or upgraded pipe work and separator units, and re-completion of wells. The other major component of the upgrade, however, is an upgrade of the control systems. The Humbly Grove facility was constructed in the 1980s with what was then state-of-the-art technology but has received little in the way of upgrades during the past three decades, meaning it still operates on old-fashioned systems such as a single loop control. The current investment programme seeks, therefore, to improve the reliability of a redundant control system by utilising contemporary state-of-the-art hard- and software. The importance of this upgrade is emphasised by the site’s status as a Top Tier Control o f Major Accident Hazards (COMAH) site that operates according to very stringent safety regulations. 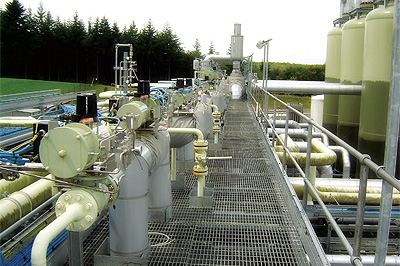 Humbly Grove Field’s unique status both within the UK and within Petronas has been a key motivator for the latter’s investment programme since taking over Humbly Grove Energy Limited. “PETL clearly sees us as a long-term investment and asset,” Arthur confirms. “One of the core reasons for enhancing the oil recovery and integrating the two plants, two control rooms, and the control system network is that we are looking strategically 15 to 20 years ahead. Last year plant availability achieved 99.2 per cent; we aim to stay above 98 per cent and ideally above 99 per cent, and last year proved our capabilities to our parent. The current investment will help us to deliver consistently better results.”

The total storage capacity of Humbly Grove Field, within both the Great Oolite and Rhaetic reservoirs, is ten billion cubic feet. Though it is the third largest inland gas store in the UK, it has a slow withdrawal and injection rate when compared to gas caverns: 260 million standard cubic feet per day (mmscf/d) withdrawal, and 300 mmscf/d injection. This means it functions as a seasonal storage facility, with its capacity injected during the low gas demand summer months and withdrawn primarily during the first quarter of the year, during the coldest winter months. Since 2005 more than 200 billion cubic feet of gas has been injected and withdrawn from the reservoirs.

All of Humbly Grove Energy Limited’s operations at the field are carried out according to the strict health, safety, environmental, and quality standards expected by the company’s top tier COMAH status. All personnel undergo regular HSE training, for example, not only to retain their awareness of issues but also to update them about current trends and practices. All waste at the site is separated in-situ before being disposed of by approved contractors, whilst careful monitoring and reporting of air emissions is undertaken. Humbly Grove Energy Limited has a robust emergency response system and procedures, with contingency planning in place to minimise the impact and ensure the safety of personnel, the local community, and the surrounding environment. Local residents, authorities, and Government agencies maintain a positive and open dialogue with the facility through a community liaison panel that responds to questions and issues raised.

By following these standards, Humbly Grove Energy Limited has presented itself to PETL and Petronas as a valuable asset worth investing in. “Being part of Petronas offers a long-term vision and future,” states Arthur. “Humbly Grove Energy Limited functions as a totally separate entity to Petronas, operating according to a service contract with key performance indicators and bonuses or penalties according to our successes and failure, but we also have a very close relationship. It’s not a relationship of ‘us and them’ – we are all striving for the same goal and in doing so have a very harmonious relationship. The better the performance and delivery we can provide PETL, the closer our partnership is with the whole group and this can only improve our longevity for future investment. We want to demonstrate to them that there is a future in gas storage and oil production, and that the two can work together whilst maximising profits.”

Humbly Grove Field was discovered in 1980 as a naturally occurring reservoir and in the three decades since there has been very little in the way of development because the geological structure of the field means it is large but limited in its expansion opportunities. The 2005 transformation into a gas store was one of the most significant milestones in its history.

“Humbly Grove Field is a geological rather than manmade structure so unless additional reservoirs are located there are currently no plans to extend its capabilities,” Arthur agrees. “Though there might be plans to extend the period of its deliverability, it faces the same issues that all gas storage facilities face: responding to and meeting market demands. We have looked at the additional wells but, as a seasonal store, the capital expenditure of drilling new wells cannot be economically justified through injection/withdrawal timescale reduction. We have very high performing reservoirs as far as inland reservoirs are concerned but we will remain a seasonal store with little capability extensions expected.”

The managing director goes on to conclude positively about the relationship between Humbly Grove Energy Limited and Petronas: “I believe Petronas has seen us as a good investment. We’ve only been under direct ownership for just over 12 months but already they see the Humbly Grove Field as one of their flagships. The relationship between our two companies works very well and we believe that this will continue for the long-term future.”