The International Gas Union (IGU) was established in 1931, and has since been serving the gas industry for more than 80 years.

The need for an organisation that could progress the gas industry technically and economically became eminent as coal-based town gas was increasingly used around the world. In the 1960s natural gas gradually took over from this, and since then the IGU has expanded its scopes to include both conventional and unconventional gas, LNG and biogas.

A non-profit organisation without any direct commercial business interests, the IGU crucially serves as an independent information channel towards external stakeholders. Within the industry itself, the organisation promotes the transfer of technology and know-how across the world, but also brings together experts both in and outside of the industry, which enables it to carry out studies that otherwise would not be executed.

As with the marketplace, the IGU’s membership is truly global, currently covering more than 95 per cent of the worldwide gas market. At this point the organisation numbers 116 members, 78 of which are charter members and 38 associate members. Charter members are predominately the most representative entity in a country, such as a national gas association supported by the national gas industry, or sometimes a state owned gas company such as Gazprom in Russia and Qatargas in Qatar. Charter member countries may be importers or exporters of gas, transit countries, or those involved in exploration. Associate members are then companies from those countries that already hold charter membership. These may be gas majors such as Shell, ExxonMobil, CNPC, Petrobras, BP, Gasunie, E.ON, and Ruhrgas, but also smaller upstream and downstream companies in the distribution, pipeline and terminal business.

In order to ensure an open and informed dialogue, the IGU membership covers the whole gas value chain from upstream to downstream. Elaborating upon this, secretary general Torstein Indrebø says: “Our membership represents a huge variation in terms of market maturity and development. The challenges facing the industry vary a lot from country to country and from region to region. There are also major differences of focus among our member companies as they are active in different business segments. The common ground is that the IGU promotes the political, technical and economic progress of our entire industry. Each part of the value chain has its own committee or task force where members meet to discuss and study specific issues that have been agreed beforehand.” 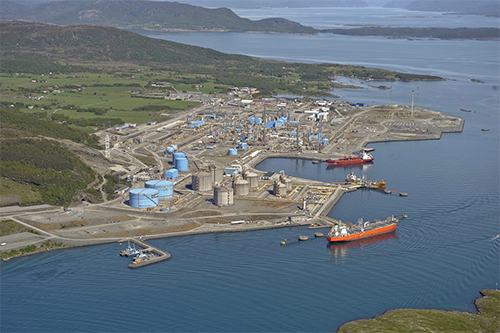 The benefits of this membership extend far beyond the organisation itself, as by supporting the IGU, members also support the industry in general in terms of the political environment, climate debate, and the public. This comes on top of the technical, information, and networking opportunities also available. In total more than 900 experts from the IGU’s membership base have been involved with its 11 committees and three task forces during the last three years. The results of this study work will be presented to the rest of the world at the World Gas Conference (WGC) taking place in Kuala Lumpur in June this year.

“Every third year the IGU calls upon the global gas community, policy makers and others to meet at the WGC where we address the key challenges facing the industry and how to approach these in the best way,” reveals Torstein. “At the 25th WGC in June one of the key areas of debate is how the gas industry can contribute to reduction of greenhouse gases globally. To this end we will present a new report entitled Global Vision for Gas – The Pathway Towards a Sustainable Energy Future, which will analyse how the emission goals of the UN Climate Panel can be met by increasing the use of gas globally, particular in the power generation sector by replacing more carbon intensive fuels.”

The IGU is also behind the most important global LNG conference organised every three years, the next one of which is the LNG17 in Houston in April 2013, and the IGU Research Conference in Copenhagen in September 2014. “These events are very important to the gas community as they provide an arena for debate with policy makers and stakeholders from outside the industry who are important for our future business environment,” adds Torstein.

The WGC also marks the end of the Malaysian IGU Presidency under current president Datuk Abdul Rahim Hashim, as the French Presidency led by Jérôme Ferrier begins for the 2012 to 2015 period. Reflecting upon the advances that have been made in the past three years, Torstein says: “The main change has been our increased focus on gas advocacy work, which means promotion of gas as a long-term fuel which can sustain economic development in an environmentally friendly way. The IGU has enhanced its communication efforts and is now engaging far more with communities outside the gas industry, such as the UN, EU, World Bank, the International Energy Agency, and environmental organisations. We have already seen results of this work in that gas is now recognised as an important part of energy policies, not only as a bridging fuel, but part of the long-term solution of the global energy challenges.”

Whilst an official presentation of the French Presidency’s work programme will be made at the hand-over, it is clear that it remains committed to continuing the efforts of gas advocacy to ensure that this fuel is fully recognised by policy-makers, at both a national and international level. New President, Jérôme Ferrier, has underlined the importance of research and development in the gas industry, which has led the IGU to establish a new committee on the subject. “The programme of the French Presidency will also focus on improving access and availability of gas in regions such as Africa, which may be rich in gas, but don’t currently have a domestic market for it. It will furthermore address the need to strengthen the human resource base for the gas industry to attract new generations and ensure that we have a competence base to take the industry forward,” reveals Torstein.

Current market trends are notably positive towards gas, as the world looks for more energy for its growing population and a cleaner, cost-effective energy source. Gas power is also ideal for supporting renewable energies such as wind and solar at times of low production. Torstein concludes with how the IGU will assist in bringing these aspirations to fruition: “The vision is for the IGU to be the most influential, effective and independent non-profit organisation serving as the spokesman for the gas industry worldwide. We have come a long way, but need to continue our efforts to explain that industry needs a long-term stable political and regulatory framework. The gas industry is extremely capital intensive and the infrastructure often has a lifespan of 20 to 40 years, which is why demand security and supply security must go together.”