Back to Profile Gallery > Keppel Seghers

Beginning life in 1968 as a shipyard based at the Keppel Harbour in Tanjong Pagar, nearly 50 years later Keppel Corporation is now a Singaporean conglomerate with a global footprint in more than 20 countries. With employees numbering in excess of 30,000, Keppel Corporation is a multibusiness entity providing a multitude of robust solutions for numerous industries, including energy, oil and gas.

A member of the Keppel Infrastructure group, Keppel Seghers is the environmental technology arm of the corporation. A leading player inenvironmental technology and services, it offers a broad portfolio of comprehensive solutions and a scope of activities that include consultancy, design, engineering, technology development, construction, operations and maintenance of plants and facilities, and investment in large environmental projects. The company’s advanced technology solutions have been devised to address a wide variety of issues in wastewater and solid waste.

For more than 30 years, Keppel Seghers has been striving towards sustainable water technology solutions and is today recognised as a global leader in the design, engineering and construction of 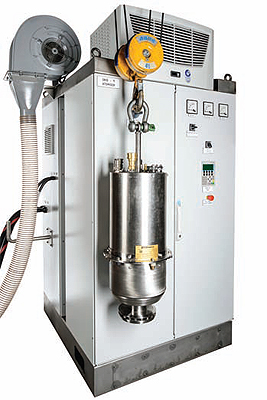 advanced systems for drinking water and wastewater treatment. Sustained investment has resulted in the company being able to build up significant expertise in the operation and maintenance of waste water treatment, water reuse and desalination plants.

During a similar time period, the company has also carved out a reputation as being a leading specialist in the thermal treatment of residual waste to recover energy through wasteto- energy (WTE) technology. WTE is considered to be the most environmentally friendly method of processing residual waste, as it reduces land occupation and provides a meaningful outcome for waste. Energy from the combustion of non-recyclable waste has been shown to generate valuable and sustainable electricity and heat, of which 50 per cent is recognised as being renewable, while the other 50 per cent is derived from recovered energy sources that would otherwise be lost. As well as forming an essential part of a sustainable waste management chain, WTE has proven to be a net reducer of greenhouse gas emissions, and to be an effective way of conserving fossil fuels and diverting significant residual waste from landfill.

Keppel Seghers’ strong track record of delivering successfully completed projects in Europe, North and South America, Asia Pacific, Africa and the Middle East, means it is well-positioned to meet the challenges of protecting the environment and enriching the lives of communities in a cleaner world. By leveraging accumulated experience in designing, developing, innovating and delivering individual process sectors and turnkey plants, the company’s patented technologies have been successfully implemented in more than 100 state-of-the-art facilities around the world.

One of the top destinations for waste is China, which has historically imported many millions of tonnes of discarded plastic, waste paper and steel scrap per annum, and Keppel Seghers is the leading provider of imported WTE technology solutions in the country. In September 2016, the company secured a contract to provide technology and services to the Baoan WTE facility in Shenzhen, Guangdong Province. The terms of the contract will see Keppel Seghers supplying technology solutions and associated services to what is the world’s largest WTE facility.

The contract, awarded by repeat customer Shenzhen Energy Environment Engineering Co. Ltd, is for the expansion of the existing plant through the provision of equipment design and technical services for the plant’s furnace and boiler components. Collaboration between the two parties began in 1999, and to date Shenzhen Energy Environment Engineering has awarded a total of 18 WTE line projects to Keppel Seghers. The contract for the Baoan WTE facility project has helped to further reinforce the company’s position as the market leader among imported WTE technology solutions providers in China.

The Baoan WTE plant’s waste processing capacity is equal to three million tonnes per year. Such is the scale that if you were to pile up the waste processed by the plant over said period onto a space the size of a football pitch, the result would be a two-kilometre-high tower of processed waste. The facility’s waste treatment capacity comes in at more than two times the total operational WTE capacity present in the whole of Flanders, Belgium, and the energy produced in a year is the equivalent of running four million 40W light bulbs or burning 700,000 tonnes of coal.

Keppel Seghers’ involvement with the project has previously seen it providing the process design, technology and services for Phase I and Phase II of the plant, which were completed in 2006 and 2013, respectively. Scheduled to be completed by 2018, the Phase III expansion of the facility will add an additional 4675 tonnes per day (TPD) of capacity and enable the plant to process up to 8875 TPD of municipal waste, up from its current rate of 4200 TPD. This expansion will make the Baoan WTE facility the world’s largest WTE plant in terms of incineration capacity.

Mr.Ivan Christiaens, General Manager of Keppel Seghers Belgium says: “The intrinsic and unique flexibility of the Keppel Seghers combustion system has proven to be a genuine advantage when it comes to large sized WTE plants. Urbanisation is taking place at an unprecedented pace in China and cities are looking for suitable technology capable of dealing with these large waste streams. Keppel Seghers aims to deliver world-class solutions to meet the demand for clean, liveable environments.”

Once Phase III of the Baoan WTE facility has been successfully completed, Keppel Seghers’ proprietary technology being employed across China will be able to process over ten million tonnes of municipal waste per year, which is generated by over 20 million citizens. The waste will go on to be converted into 12,000 MWh of renewable energy per day, which will contribute to the reduction of approximately six million tonnes of CO2 per year.