Back to Profile Gallery > Lamons UK

With roots reaching back to 1947 Lamons has established itself as the world’s largest gasket and bolt supplier, with a unique business model that incorporates direct interface with the end user as well as an active role in assisting customers with a personalised, local service. The development of strong relationships with end user clients allows them to work closely with Lamons engineering, purchasing, reliability and maintenance personnel at their own facility. This has led to Lamons extending its global reach to some 32 locations across the US, Canada, South America, the UK, Europe, India, China and the Far East, through a network of manufacturing facilities and sales offices. Presently Lamons is headquartered in Houston, Texas with a turnover of around $220 million. The business is part of the $1.6 billion TriMas Corporation, currently trading as TRS on the NASDAQ stock market. 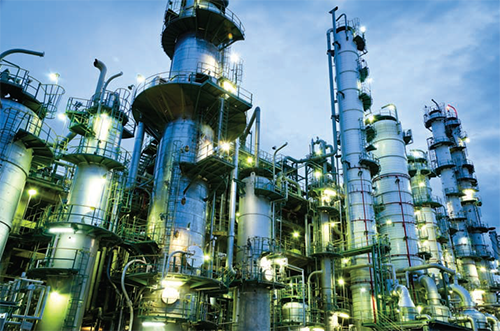 Presently Lamons UK predominantly, although not exclusively, produces components for both the subsea and topside oil and gas market, as European QHSE manager, Brad Collins further explains: “We currently supply bespoke manufactured bolting and fasteners and we also supply engineered components to predominantly the oil and gas industry as well as gaskets and ring joint gaskets. We have branched into the power generation market, where we supply Alstom Power, which is one of the major power suppliers in the UK. We also supply Magnox – a leading UK nuclear power company.”

As the company has continued to expand it has incorporated new equipment into its facilities, which enables it to provide a truly unique range of machine products at an exceptional level of quality. “We have bought a number of state-of-the-art CNC machines at an investment of around half a million pounds over the past two years,” Peter says. “These include two sliding head machines, three new CNC machines and a 120 tonne thread rolling machine. We have also invested in 5S and lean manufacturing processes.”

“The new thread rolling machine gives us the capacity to thread three inch Inconel components and we are the only company in the UK that has that ability that we know of,” Brad adds. “That is why we purchased this machine, as it gives us a huge range of capability to thread roll compared to other companies.”

Delivering to the oil and gas and power generation markets places great demands on suppliers to ensure the highest levels of quality and service, which is something that Lamons treats with the upmost importance, as Brad details: “This is something that is integral. It’s part of our business and is mandatory. The quality requirements in our business and the quality controls that we have include a robust quality review process that is embedded into every employee and every system that we operate. I would say that one of our biggest strengths is that we are used to this type of intensive industry and we have highly skilled people in various positions within the business, for example I have been in fasteners for 17 years, while Peter has been in engineering for 28 years. He actually comes from an aerospace background and so has quality engineering embodied into his mindset when he is running the business. Really the biggest strengths of our business are its systems and procedures and over the course of the last two to three years we have had zero major nonconformities and only one minor non-conformity. We have been audited over 120 times to gain these figures and as a result we can be confident in our exemplary quality.”

In recent months the oil Lamons3and gas sector has proven to be an uncertain market, however despite the current low price of oil and the impact this has had on the development of new projects, Lamons UK remains confident that it retains the level of quality necessary to earmark it as the supplier of choice for bespoke fastening components. “We provide both topside and subsea clients and most of our products are integral fasteners,” Brad says. “There are only certain companies our clients can approach to obtain these fasteners because of the quality requirements within the oil and gas market. With our quality being so good, we are able to drive our business, because customers are coming to us due to the level of quality and service that we supply.”

“I think that we have gained an increased market share, especially last year through better service and better delivery performance. We set ourselves quality and business objectives for every year,” Peter concludes. “The first for this year being to halve the number of customer concerns that we received from 2014. Furthermore we intend to maintain 95 per cent on-time delivery perforce in 2015 and increase sales by 20 per cent. As a business we are always trying to be more efficient at what we do.”