Back to Profile Gallery > Linde Kryotechnik

An entity within The Linde Group, Linde Kryotechnik operates from its base in Pfungen, Switzerland, and specialises in the design and delivery of low temperature cryogenic systems, components and services for liquid hydrogen and helium applications reaching temperatures as low as minus 271 degrees Celsius.

Since it was last featured in European Oil and Gas Magazine during 2011, the company has continued to develop new technologies and win contracts with prestigious universities and research projects, as well as with key players within the oil and gas and industrial sectors. Its products have found customers all over the world, but its most lucrative markets have been in Central Europe, the US, China, and Japan. In addition, increasingly both Russia and India have presented attractive opportunities for the company.

Today, Linde Kryotechnik employs approximately 80 highly specialised technicians, engineers, and staff in supporting disciplines. Besides its technological expertise, one of the company’s key strengths comes from its membership within The Linde Group, which began in 1992 after having previously operated as a cryogenic department within Sulzer. The Linde Group’s full history in the field of low temperature cryogenics, however, can be traced as far back as 1932, when Linde supplied the world’s first helium liquefaction plant to the University of Charkov in the Ukraine. Thus, it could be said that Linde has a lifetime of experience with cryogenic engineering and as such, it has become a leading industry practitioner in the field.

The presence of Linde Engineering and associated fabrication plants in the US has made it possible for Linde Kryotechnik to establish a strong market in the country, while developing an esteemed reputation with its clients, as CEO, Klaus Ohlig elaborates: “The US is a very important market for us, we have a long track record of projects in the US and lately received two orders from the Michigan State University.” 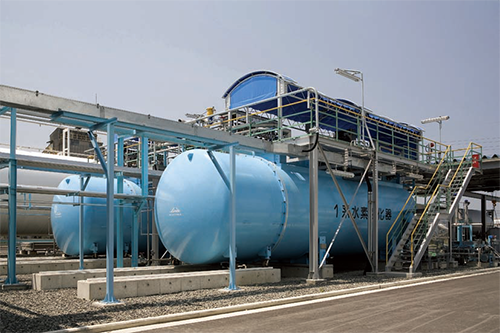 A further benefit of its integration into The Linde Group comes from its supply of plants to Linde’s Industrial Gas Division. The link ensures a constant feedback of operational experience to Linde Kryotechnik, which eventually provides a perfect platform for a permanent evolution of its technology.

Throughout 2013, Linde Kryotechnik executed projects in a diverse range of locations, within a mixed portfolio of industries. Inside of Europe, the company started project execution of a small helium refrigeration plant for the university in Salerno, Italy, as well as a project for GSI in Germany. During the same year, Linde Kryotechnik maintained close contact with customers within its market and has identified a number of opportunities that it will tender for over the coming years, as Klaus explains: “The work that is currently carried out for GSI is a predecessor of a project that the research centre will establish in Darmstadt, called the FAIR project. This is currently being realised and will require a large helium refrigeration plant.

“The second upcoming project will be the European Spallation Source, or ESS for short. This will require three helium refrigeration plants for a linear accelerator that will be built in Southern Sweden. We expect requests for quotations on both projects by the end of 2014 with contract placements probably in 2015. In addition to these anticipated projects, stimulus capital is expected to be released in Japan to replace cryogenic systems that were installed over the past decades.”

Although it operates within a niche market, the company’s orders have remained strong and it anticipates that this trend will continue well into 2014 and beyond. At present it is completing various cryogenic helium plants including for example a helium liquefaction facility for Gazprom in Russia, which is expected to come on-stream in the first quarter of 2014.

As one of its research and development projects, the company was part of a partnership with a number of industry players as well as research institutions in developing new technologies relating to hydrogen liquefaction, as Klaus details: “An important project during 2013 was Linde Kryotechnik’s involvement in the IDEALHy project (www.idealhy.eu). This was a research project geared towards developing an optimised liquefaction process for large-scale hydrogen plants to meet potential future needs of clean energy applications. Among others, partners of this project within the European Union’s 7th Framework Programme included Shell Global Solutions International B.V. from the Netherlands, the University of Dresden, SINTEF Energi AS from Norway, and Kawasaki Heavy Industries Ltd from Japan.”

As 2014 gets underway, Linde Kryotechnik is positioned to successfully tender future contracts, while developing its technology and engineering skill set to meet the demands of the future market.