Back to Profile Gallery > Linell Group

Founded in 1978 with the formation of Linell Precision Engineering, the Linell Group initially provided engineering components to the MoD submarine fleet before diversifying into the oil and gas sector throughout the 1980s and 1990s. This history in operating inside engineering environments where quality is critical has enabled the Linell Group to establish key vendor status with several OEM customers, while the company also provides full turnkey services from sourcing to delivery with full quality assurance certification. During 2000 the company’s current Financial Director, 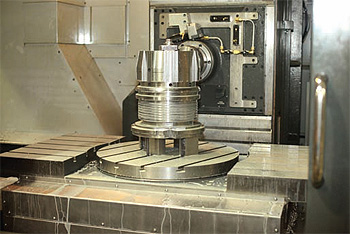 Derek Whyte and Managing Director, Mike Elliott took over the running of the business from Mike’s father and have continued to develop the presence of Linell within the oil and gas sector and beyond.

“2000 onward was a transitional period for the company because although Linell Precision Engineering was already active within the oil and gas market, it actually became the most significant part of our business between 2000 and 2009,” Derek elaborates. “As the business has grown we have formed several other engineering companies, with Linell Precision Engineering continuing to operate as the main hub of the organisation. Prior to taking over operation of the Linell Group, Mike and I founded Moorfield International during 1996. This company was oil and gas orientated and supplied lithium batteries to the industry, which were used in downhole drilling and production applications. This is today part of the wider Linell Group, while we later created a company called International Forged Alloys in 2011 to enable the business to supply raw materials. Prior to founding the company, the Linell Group was spending a considerable amount of money each year on raw materials and we decided that if the business had its own division in this area it would enable us to supply both Linell and the wider market at a reduced cost. This in turn has further empowered us to control the flow of deliveries to our customers and to ensure that materials arrive on time.”

In February 2014 the Linell Group finally established Linell Renewables, so that today the business consists of four individual divisions comprised of Linell Precision Engineering, Moorfield International, International Forged Alloys and Linell Renewables. Although Linell Precision Engineering is presently the largest division within the Linell Group in terms of turnover, the company’s remaining divisions continue to grow steadily through a blend of market experience and innovation. Linell Renewables for example, was established to transfer the Group’s engineering expertise in the drilling and production sectors to develop innovative renewable energy solutions. “Following the establishment of Linell Renewables we designed a tidal turbine. We were initially attracted to look at the renewable industry because we felt that wind turbines do not always work efficiently. I am a sailor and I had always felt that tidal energy was the way to go because it provides a guaranteed form of energy daily that is generated by the sea,” Derek says. “The roots of our tidal generator design actually reach back to our work within the oil and gas market. Throughout 2007 and 2008 we designed lithium batteries for the energy sector and when using this kind of battery it is typical for operators to implement a 20 per cent safety margin before they remove and replace the batteries, rather than allowing the battery to fail. Naturally clients continue to look for longer life performance for these batteries and we were able to provide this through the design of a downhole generator. However while we have built and sold several of these units, it has been relatively challenging to bring the generators to market because the industry can be slow to embrace new technology. The tidal unit is unique and we have spent a considerable amount of money in the development of the project, including taking out various patents around the world. We have recently been award the European patent permits and are in the process of deciding where to protect the tidal turbine across the continent.” 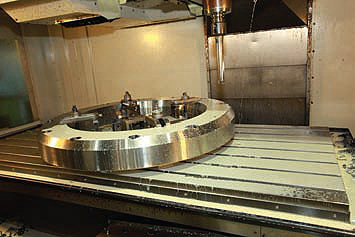 By incorporating a proven energy saving technology into an environmentally sustainable application such as tidal energy, the Linell Grouphas generated significant interest from both the UK government and technology-focused institutions. As a result the company has been awarded significant support and entered into partnerships with several organisations, including the University of West Scotland. “We have recently been awarded a prestigious Knowledge Transfer Partnership (KTP) by the UK Government and are going to be working with postgraduate students. We are working closely with the university and will place a post graduate student at our premises for a period of three years, during which time we will work to verify all of the tests that we have carried out on the tidal turbine to date,” Derek elaborates. “With the award of the KTP the development of the turbine will accelerate significantly over the coming years and we will be looking for partners and investors to help us in the final design and construction of the tidal generators.”

Although the oil and gas market has experienced a significant downturn in the face of falling oil prices, the Linell Group has been fortunate in that it maintains a strong order book and a healthy balance sheet. Its previous experience within the submarine defence market has enabled the company to embark on a new venture supplying safety critical components and assemblies to a company who specialises in pressure vessels, while the company also continues to provide technologies and raw materials to the oil and gas sector. “Despite a drop in turnover in the wake of the depreciation of the oil price, we have continued to remain strong in the market while other business have felt the pinch. The challenge within the oil and gas market for the future is that the supply chain has been devastated, which will make it difficult for operators to acquire materials once the market picks up,” Derek concludes. “However, through our International Forged Alloys business we are able to guarantee the delivery of raw materials without having to mark up the cost of components. We have growth plans for the next three to five years to be twice the size we were at peak size, meaning that we are aiming for a turnover of £25 million over the coming years and we have a strategy to get there.”