Back to Profile Gallery > Maritime Partner AS 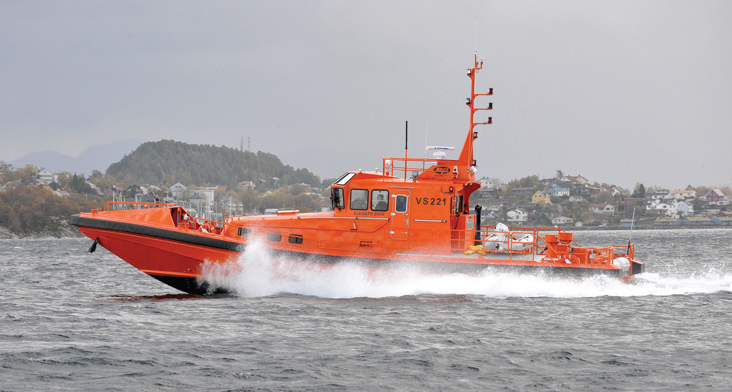 Maritime Partner, which was established in 1994 and is currently based in Alesund, Norway, has years of experience in the area of oil exploration and production and today is one of the world’s leading designers and suppliers of workboats, fast rescue boats, patrol boats and daughter craft.

As a mark of the company’s renown, it is estimated that today more than 1600 of its vessels are in operation around the world with customers in the international maritime, as well as military and institutional industries.

Like many of its contemporaries, Maritime Partner gains considerable benefit from being based at Alesund, which is Norway’s largest fishing harbour, and the experience that the business has accumulated in the demanding North Sea sector has allowed it to develop its business into other regions such as the Far East, the Persian Gulf and West Africa. In fact the company has an extensive network linked to it, which is active in 16 countries and gaining business from new customers in various markets all of the time.

Maritime Partner offers a vast range of vessels, each designed for specific applications such as offshore, merchant, defence, patrol, SAR and workboats. The vessels are predominantly built to a standard design alongside modification that meet a specific customer’s needs, such as diesel or water jet configuration. The option of a custom-built vessel is very important in meeting the demanding requirements of modern maritime customers, however, Maritime Partner’s vessels benefit from a very flexible initial design that allows a number of different manufacturer configurations, with Volvo, Kamewa, Yanmar, Hamilton, MAN, MTU and Caterpillar combinations accounting for the majority of orders.

This flexibility is just one of the factors that distinguish Maritime Partner from many of its competitors, as marketing director John Ivar Olsen told European Oil and Gas Magazine in 2009: “Our strengths can vary; mainly we have short delivery times, even when the market is booming, due to having several workshops. To a certain extent, when we start to build the hull we do so speculatively so that we are able to outfit the hull later according to a buyer’s requirements.” 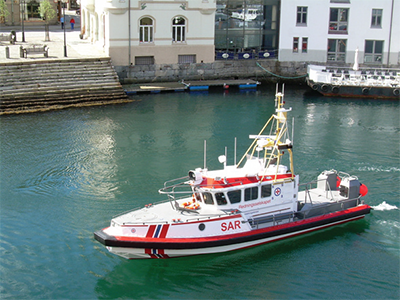 In 1999, the business acquired the well know and highly reputable brands Alusafe, Seabear and Weedo, which combine with the Springer brand to encompass a vessel range numbering more than 50. “In the long run this gives more improved models in our range,” John explained. “Very often we start with a narrow range and during the process of meeting our customers’ requirements our naval architects will come up with hulls that suit these specific needs better than the solution that we previously had.”

The company provides boats that range in size from five to 25 metres and, naturally, comply with IMO regulations as well as DNV and other classification societies. Importantly, since the aforementioned acquisitions, the business’ sales have increased rapidly, which in turn has created a strong platform for it to take its business into other markets. While venturing into new sectors is important to Maritime Partner, in more established areas such as the North Sea the Maritime Partner name is one that major operators can trust. For example, its waterjet propulsion system on its boats have added speed and efficiency to operations, while the inherent strengths and stability of Maritime Partner vessel designs makes the boats operable in the harsh conditions experienced in the sector.

As well as selling boats to customers Maritime Partner operates a rental service, which currently has five FRC boats in its portfolio. Four of the craft are based in Norway while one is available in Singapore. The former are an MP-741 Springer, an Alusafe 770 Twin, a Seabear 23 MKII and a Weedo, while the latter is a Seabear 23 MKII.

Maritime Partner considers itself one of the leading maritime suppliers, and accordingly it provides a range of ancillary products alongside its vessels. For example, it offers a selection of davits that are suitable for all of its craft. In association with a number of the leading davit manufacturers the company can make these tailored to a customer’s requirements for both new builds and retrofit purposes. Furthermore, it has a range of NOR-SAP wheelhouse chairs, which are ideal for demanding and tough work environments as well as a catalogue of first aid, nursing, medical equipment, medicines and consumption articles.

When European Oil and Gas last spoke with John he was confident that Maritime Partner would continue its steady growth and retain its position as a leader in the maritime sector, stating: “There are a wealth of possibilities out there and its just a matter of looking for potential opportunities.” Despite the shipping and maritime sectors experiencing some drop in activity it appears that he was correct in his prediction.

Not only has Maritime Partner continued to excel in its area of business, its reputation has been further enhanced by its regular attendance at exhibitions and conferences. Most recently the company exhibited at Nor-Shipping 2011, which was held in May in Norway. The theme for this event was ‘Next Generation Shipping’, and with its superior vessel designs and customer-focused business model Maritime Partner is sure to be one of the leading businesses in the next generation shipping sector for the foreseeable future.