NAM has a long history of exploring and producing gas and oil in the Netherlands, both onshore and offshore. Founded in 1947, the company’s activity area was the development of the Dutch oil field network, hence the abbreviation NAM (Nederlandse Aardolie Maatschappij), which in English translates to Dutch Petroleum Company. It was not until 1963 that the company began to produce natural gas, four years after the Groningen gas field was discovered. Today, more than 70 years after its establishment, NAM remains a leading oil and gas producer for the Netherlands, as 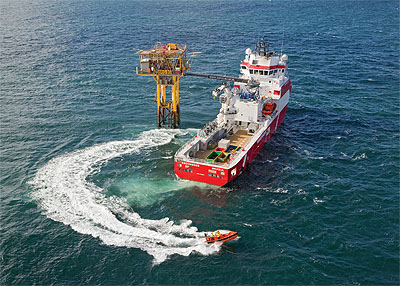 well as a key partner of the Dutch state in lots of ventures that enhance and facilitate the supply of energy to the people of the country, since natural gas has been recognised as an asset of national importance.

The role of NAM can be easily understood by providing some figures that outline the actual scope of its activities. The company is responsible for the supply of 75 per cent of the natural gas required by Dutch households and businesses. Being the organisation in charge of the Groningen gas field reaffirms the company’s strong position, because the field is one of the world’s largest, supplying gas to 98 per cent of the population. Combining this with the predictions that natural gas will remain an essential part of the energy mix and the energy transition in the country, NAM will continue to be a key player in the sector in the years to come.

NAM produces gas from multiple locations in the Netherlands, but two of the most noteworthy fields are those in De Wijk (in the province of Drenthe, in the northeast of the country), and Ternaard, in Friesland, northwest Netherlands. The former of the two has seen significant development since 2013, when NAM introduced a new air separation plant at the location. Its presence now allows the injection of nitrogen into the gas field, which brings the gas leftovers up. Thanks to this technique, the workers can extract the last residues of gas from the field and these are expected to amount to a total of two billion cubic metres, which has been estimated to be enough to provide all the households in the Drenthe province with energy for six years. The extraction process in this particular field is expected to continue for the next ten to 15 years, in which time the source will be completely emptied.

NAM70 Challenge
Extracting gas from the sea is certainly not being overlooked by NAM, either, since approximately 28 per cent of Dutch natural gas comes from the depths of the waters washing the Netherlands. There is no considerable difference between the ways gas is being sourced on land and at sea, with the process involving the standard tracking, drilling, producing and cleaning up. It is the installations operating offshore that are different, being more compact and able to run independently. Modernising its equipment has been on the minds of decision-makers at NAM for a while now, because the depletion of the large gas fields at sea has required extraction to be moved to ever smaller zones. The organisation is planning to electrify its offshore installations for gas treatment and connect them to wind farms at sea, in order to streamline the efficiency of the machines and reduce their environmental impact.

In addition to sourcing the gas, NAM takes care of storing it too, as part of its responsibility to the state and its population. The company manages underground gas storage facilities at two locations – near Norg, and in Grijpskerk. The presence of these facilities is required, should a sudden rise in demand for natural gas occurs, which often happens in unexpectedly cold weather. They are seen effectively as a reserve buffer, because the small gas fields and the Groningen field cannot cater for such demands. The two locations store two different types of gas – the low-calorific gas from Norg is directed to households, while the high-calorific kind serves industry.

Over the years, NAM has gradually changed its focus from producing oil to concentrating on the natural gas resources in the Netherlands. Even though the company was created with the idea to develop the oil fields of the country, the dwindling of profitability in the 1990s forced NAM to discontinue its oil production in 1996. However, the inception of new and innovative technologies allowed the company to recommence it and revive this segment of the business 15 years later. Highefficiency pumps are the examples of the modern tools that facilitate the production, as they are capable of adding steam to the oil in the substrate, thus making it more fluid and easier to pump.

2018 will be marked by initiatives celebrating NAM’s 70th anniversary, one of which is the NAM70 Challenge officially launched on 15 January. In it, NAM dares local and international growth companies that are working on solutions for the large-scale storage of sustainable energy to apply to the company and get involved in the search for more efficient ways of energy transition. The companies interested in entering the competition can register on NAM’s website until mid-April and the winner will be announced at the end of May. The selected participants will benefit from 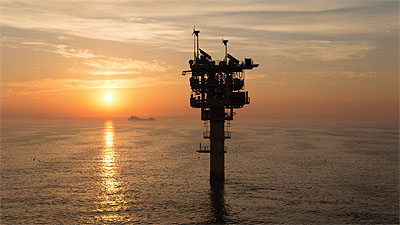 NAM’s knowledge and infrastructure and will be coached by qualified experts in the area. The ultimate prize for the winner will be getting NAM as a customer via a co-operation agreement. In the process of selecting the successful submitters, the company will pay particular attention to their operational phase, the potential for energy storage, and the maximum duration for which the energy can be stored.

NAM understands that one of the challenges in energy transition comes from the inconsistent delivery pattern of sustainable energy. The function of largescale storage will be to prevent sustainable energy from being wasted at times when there is surplus in supply. Normally, the total supply exceeds demand during the summer, whereas demand is higher in the winter months. NAM acknowledges that only through working together with other companies that embrace innovation, energy transition can be sped up. It is an effort that addresses environmental issues too, because the aim is to achieve climateneutral energy supply by 2050, reducing CO2 emissions in the meantime. The first steps towards accomplishing this goal have been encouraging, because the proportion of sustainable energy is currently increasing in the Netherlands. It still remains relatively low, at just about seven per cent, but recent changes plan to increase this figure to 16 per cent in the next five years.

NAM
Services: Exploration and production of oil and gas in the Netherlands