Back to Profile Gallery > NiuPower

Located in the nation’s capital city, Port Moresby Power Station is Papua New Guinea’s first dedicated, grid-connected, gas-fired power plant. The 58.7-megawatt facility was commissioned in November 2019 and is currently the biggest independent power generation asset on the Port Moresby grid. In a journey that begins over 700km away, natural gas is drawn from deep into the country’s soaring highlands before arriving via pipeline at a liquefaction plant on its way to the pioneering new site. It is a process that has been helping to supply Papua New Guinea’s capital with electricity since the end of 2019 and NiuPower Limited hopes that will remain the case for the next 20 years.

The driving force behind the construction of the Port Moresby Power Station, NiuPower is a Papua New Guinean 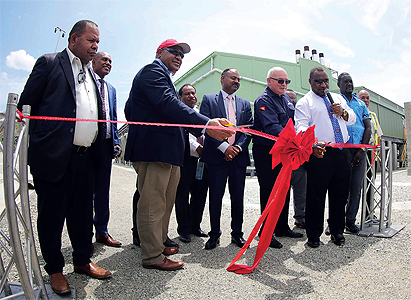 power generation company that owns and operates the site. Established in 2017, the firm is an independent power producer (IPP) focused on providing cost-effective, natural gas-fuelled power generation for the National Capital District and Central Province of Papua New Guinea. Owned as part of a 50/50 joint venture between Kumul Petroleum Holdings and Oil Search Limited, NiuPower made the vital $100m initial investment towards the construction of the new power plant. Talking to Energy, Oil & Gas, Michael Uiari, NiuPower’s CEO, explains the early stages of the venture in more detail.

“The project cost around 100 million US dollars in total to construct and deliver,” Michael says. “It was already confirmed that the site would be feature gas fired reciprocating engines and Finnish company Wärtsilä had already won the tender. This meant that the template was set, so when we gained control of the project, we simply took over the relationship with the engineering, procurement and construction (ECP) contractor and put in place a project management team, consisting of members from both shareholding firms, to oversee the delivery of the power station through that two-year period.”

Development of the power plant began in 2017, led by an EPC consortium of Wärtsilä and Clough. The construction 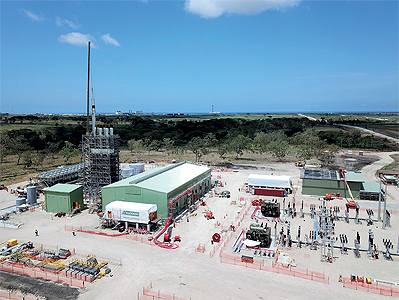 phase of the project had a widely positive impact on the local economy, but it wasn’t without its challenges.