Back to Profile Gallery > Northvale Korting

Go with the flow

A wide range of industries around the world, including defence, energy, fire, food, heating, ventilating and air conditioning, petrochemical and utilities specify these valves and associated products.

Northvale Korting separated from BSS Group Plc in 1987 and re-formed as a wholly owned private company. Stephen went on to highlight the main strengths of the organisation: “We are in the flow control business, controlling anything from  team to oil. It all depends on the product, and we can carefully specify the product to suit the application.”

He continued: “Obviously being a UK manufacturer is something we are particularly proud of, but this doesn’t mean we don’t work with companies on a global basis. We do our own design and manufacture in Leicester, which means we control those processes, and in addition we are small enough to accommodate the requirements of the customer and not sell just from a stock list. This means that if the customer wants a little something that is out of the ordinary or bespoke, we can design and manufacture that.

“In most major cases we’re in a niche market so for example, we don’t have a lot of competitors in the Venturi market, certainly not in the UK. I would say the size and structure of our business is set up to give the best possible individual service to customers.”

As Stephen highlighted, the company works with companies worldwide, and has recently won contracts in the Middle East, China, Russia and Brazil. A contract was awarded as recently as December 2009 for a steam driven vacuum ejector for a large Russian company. The unit is designed to allow for the start up of a process that runs under vacuum. Steam is driven in to the ejector and the process vessel to allow the process to start. In addition, during maintenance, the noxious fumes within the vessel need to be purged, with this device extracting the fumes. This device is designed to withstand the extreme cold of the Russian winter, the heat of the process steam, as well as meeting the exacting Russian technical standards. 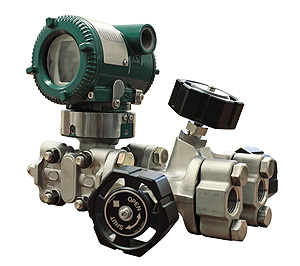 Stephen pointed out that the company is keen to develop its global operations further: “There are still some countries that we haven’t sold to that we want to find new markets for, and we are also looking to identify distributors for certain products within other countries. This is an ongoing programme.”

Alongside its search for new markets and partners, Northvale Korting also continuously improves its products and releases new items to the market. “We’ve introduced two new products recently,” said Stephen. “One is a stainless steel on/off angle valve, and the other is a plate heat exchanger package.” In fact, Northvale Korting offers a range of angle valves. These are two-way pneumatically actuated valves designed and manufactured to be ideal for a number of applications, some of which may call for the control of aggressive media. Angle seat valves allow for high flow rates, and can operate with high temperature and high viscosity media and from zero differential pressures.

The plate heat exchangers referred to by Stephen are called the SmartPlate Water Heaters, and this product was specifically engineered to complement today’s condensing boilers in low temperature applications to promote system-wide energy efficiency. And unlike competitive products, SmartPlate heaters incorporate special features and ancillary components that set a new standard for fully packaged, turnkey solutions. Easily installed in any combination space/DHW heating system, clients can count on SmartPlate heaters to maintain accurate temperature control under diversified loads without the need for storage tanks.

It is innovations such as these that have helped Northvale Korting through the recent difficult market conditions. Stephen commented: “We’re doing reasonably well in a difficult economic climate. We had a good year last year, even with the credit crunch and recession, and although this year started off reasonably slowly, we’ve done well in the last eight weeks.”

Moving forward, Stephen noted that there are challenges ahead but explained how Northvale Korting was going to approach 2010: “We’re a relatively small player in a large market, so we have to sell to our strengths. In terms of our products, they’re not mass-produced, and they have a reputation for being very high quality and reliable. So going forward we’re going to have to make sure that we continue to produce the best possible quality that we can, and continue to maintain the reliability of our products. Whatever we have sold throughout the world, we’ve very rarely had an issue/problem with them in terms of length of service, reliability or quality, and that is a record we are very keen to uphold.”

Alongside this focus on quality and reliability, Northvale Korting is also looking to grow its range. Stephen concluded: “We’ll continue to move forward with the development of existing products and look for new products that fit within our flow control market, either through development or acquisition.”