The concept behind Oil Spill Response Ltd was born out of a BP initiative in 1981, by 1985 it had become apparent that the issue of oil spills was actually an industry one, rather than just a single company concern. 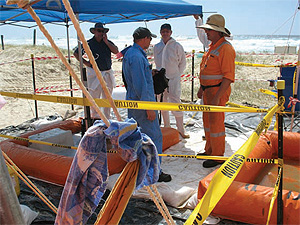 As such it was felt to be more beneficial, not least from a cost perspective, to establish a co-operative arrangement among oil companies, which was the foundation for Oil Spill Response today.

The five founding members – BP, Esso, Texaco, Petro-Canada, and Mobil were joined by Shell in February 1989. Just a month later the Exxon Valdez oil spill rocked the oil industry, and as a consequence Oil Spill Response’s membership grew very quickly to around 17 companies that year. That trend has continued over the years with current membership numbering around 44 oil companies.

Whilst this membership comes with an annual fee, it also offers an assurance to its customers with guaranteed access to Oil Spill Response’s full range of services 24 hours a day, seven days a week, 365 days a year. Oil Spill Response has the logistical capability and expertise to deliver response on a global basis, but also to assist in oil spill preparedness, making it one of the most comprehensive oil spill service providers in the world.

Arguably, Oil Spill Response’s preparatory works are even more vital than its response services, as clearly all parties wish to, if possible, avoid or prevent disastrous incidents altogether. However, in the event of a situation occurring, having the right planning in place puts clients in a much better position to react effectively. As such, Oil Spill Response’s suite of services covers everything from assessment and audits on preparedness and marine emergency response plans to contingency plans and response exercises. In line with the clear environmental implications of an oil spill, the business has also created new services focused on these concerns such as an oiled wildlife response planning and response.

“Everything that we do is a response to the oil spill risk,” explains technical director Dave Salt. “Originally we were predominately working with oil shipping companies, but then began to move ever more into the offshore oil industry, and now that market in turn is moving into more remote places. We have grown the organisation from where it started in 1981 by adding more competencies and bringing in new expertise. Initially our team was predominately sea faring navigators and engineers, whereas today we have environmental scientists, GIS specialists and geologists, which is a huge capability in terms of people and experience. By adding different forms of skills we have been able to move with and respond to the changing work environment we find 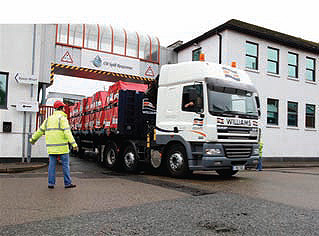 In the last three months alone Oil Spill Response has been mobilised three times in response to threats from oil spills. This is due to a range of factors, ship casualties, equipment failure or severe weather and partly due to a heightened industry and regulator awareness in the wake of the Macondo incident in the Gulf of Mexico. More recently, the business has provided a response to pipeline spills in the North Sea and Nigeria, as well as the grounding of the container ship Rena in New Zealand.

The incidents that Oil Spill Response has played a role in serve to highlight the truly global nature of its services. In terms of how Oil Spill Response mobilises in response to an incident, Dave highlights that some aspects remain constant: “The technical aspect of the oil spill does not change too much as an oil spill in one place acts very much like an oil spill in another. The issues come from things like the local environment, security, and, as we increasingly move into those more remote areas, the local logistical arrangements. Having the technology to respond to these incidents is one thing, but a lot of the challenges lie in being able to deliver that technology, and operate and support it once it’s in place.

“A major evolution for the business been our selection as the vehicle for the ownership and care of the Oil Spill Prevention and Response Advisory Group (OSPRAG) capping and container device. This is a technology developed for use in capping a leaking well in the UKCS. We are now holding this in Aberdeen in readiness for deployment in the event of an incident, but we are also working with other industry groups to possibly provide a global solution to the same scenario,” he adds.

Whilst at a general level the technologies used in oil spill response are unlikely to undergo any fundamental shifts, Oil Spill Response still sees the scope for further improvement in logistics and the application of equipment going forward. In order to best respond to the needs of customers, the business is looking to position itself even closer to companies and the countries in which they operate. “The industry is going through various demographic changes and we need to play a role in regenerating industry expertise for the future as well,” concludes Dave.