Back to Profile Gallery > Parkwind NV

Founded from the joint venture between Colruyt Group, Korys and PMV, Parkwind already had its roots in the Greenline environmental commitment programme founded by the Belgian retail 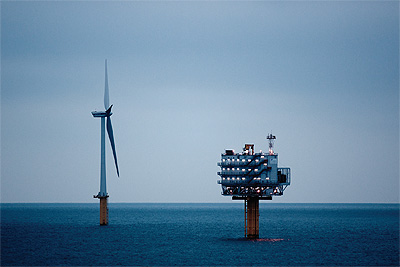 In 1999, Colruyt built its first onshore wind turbine in the city of Halle through the Greenline programme and formed a joint venture with Aspiravi in 2006 to develop the Eldepasco wind farm project (renamed Northwind) after winning the concession for the Lodewiikbank. Three years later Colruyt joined forces with its investment partners Korys and PMV to take over the financially distressed project Belwind and started construction in the same year. Belwind became operational in 2010. In 2013 the newly formed Parkwind started construction of the Northwind project – one of the largest investments in recent years – which became operational in 2014.

Parkwind’s expertise in offshore windfarm development and construction is used to reduce environmental impact to the utmost and to preserve the fauna and the flora. Both concessions are far out 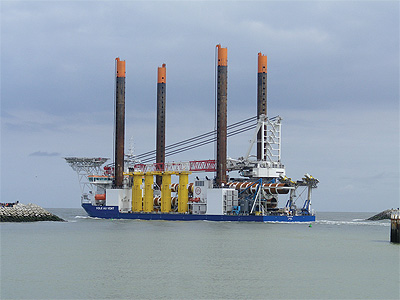 in the sea and are closed to shipping and fishing operations making them hotspots for marine animal and plant species to thrive around the foundations.

Parkwind is fully dedicated to finding innovative solutions to today’s energy problems. Parkwind is confident that a low carbon future is possible and affordable. Parkwind focuses on sustainability to create long-term value to all its stakeholders.

Such is the extent of green energy generated by Parkwind’s sites that Colruyt, a company with 400 of its own stores, 500 affiliated stores and 27,000 employees across France, Belgium and Luxembourg, produces more renewable energy than it uses.