A family-run firm that has undertaken shipping, construction and offshore work since 1954, Peter Madsen Rederi A/S became a limited company one decade since its inception in 1964 and has since developed into a wellconsolidated organisation with a strong fleet of vessels. Capable of carrying out demanding and challenging projects for a diverse range of clients across the whole of Northern Europe, the company firmly believes in delivering quality through employee competence and advanced IT equipment that enables hydrographic surveyors and project engineers in its head office to have remote computer access to all of the company’s vessels. In line with market trends and progressions in customer demand, Peter Madsen Rederi A/S has also developed Hydrodan Engineering AS, a business segment that focuses on hydrographical surveying and data processing, in addition to operations with multibeam equipment that has been installed on many of the company’s vessels. 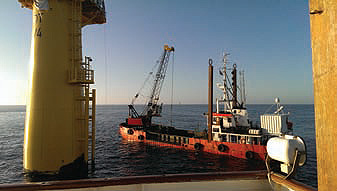 Complementing this expertise and high standard of work is the company’s stringent control over the quality of finished work. Fully aware of the importance in completing projects on time and within budget, Peter Madsen Rederi A/S is a strong partner to clients thanks to its large and well-equipped fleet that is able to carry out a wide range of offshore projects, its tight economic controls, its highly experienced staff and its state-of-the-art technology.

Discussing the services provided by the company is CEO of Peter Madsen Rederi A/S, Vibeke Liv Madsen: “Peter Madsen Rederi A/S is a strong organisation of 70 professionals and a well-equipped fleet that conducts technical operations and carries out equipment-intensive work for large and small customers in Northern Europe, either as principal or subcontractor of the project. We have always invested our profits in the latest technology, which has ensured our place among market leaders when it comes to precision and efficiency in the tasks we undertake. These include: seabed preparatory work for the offshore wind and oil and gas industry, hydrographic surveying and subsea video, capital and maintenance dredging; pipe and cable laying, pier construction, clearing of the seabed before installation of foundation and cables and erosion protection for foundations with stones and sandbags. We can also provide ballasting of gravity-based foundations, J-tube installations and dredging and covering of cable trenches work.”

Known for never compromising on quality, Peter Madsen Rederi A/S has earned a strongreputation that has resulted in its customers returning time and time again. Examples of the company’s work within the energy sector include delivering erosion protection with 40,000 sandbags around 80 wind turbine foundations at Amrumbank Wind Farm in the North Sea. The bags were filled with 60,000 tonnes of dredged sand that were laid over a period of six months before being shipped to the Amrumbank site where four Peter Madsen Rederi A/S vessels placed two layers of bags around each of the 80 turbine sites. This work will prevent scour forming, which would destabilise the foundation. The company also worked on clearing boulders from the cable route, as well as restoring the stone reef on the gas pipe connection and seabed mapping for the Nord Stream AG gas pipe connection in the Baltic Sea.

Alongside its uncompromising commitment to quality, Peter Madsen Rederi A/S also maintains a leading reputation thanks to its impressive fleet of six vessels. Equipped with different technology, the company’s vessels are either classified by internationally approved authorities or the Danish Maritime Authority, which thus satisfies all national and ISM international demands and regulations with regards to safety and equipment. “Peter Madsen Rederi A/S own and operate a fleet of construction vessels and dredgers with hydraulic backhoe excavators or wirecranes that cover a wide area of work at sea. Each vessel is specially designed for a range of tasks and the breadth of the fleet means that tasks can be matched with the optimal vessels to provide the right equipment and performance capabilities,” explains Vibeke Liv. 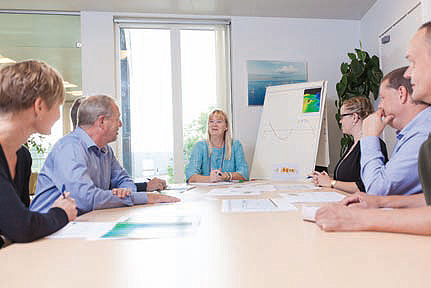 “We also combine the latest GPS technology with our integrated excavation and monitoring system, PDS2000, which ensures full control of the work. For example, through the PDS system’s underwater video cameras and multi-beam sonar systems, it is possible to continuously document the work many metres below sea level. Moreover, through careful documentation and constant follow-up, we can monitor the work in progress and make corrections along the way, which ensures transparency throughout the project and that the final outcome for the client is as desired,” she adds.

Having taken over as CEO of Peter Madsen Rederi A/S in April 2015 following the stepping down of her brother, John Madsen, Vibeke Liv will be using her experience as Head of Projects, a role she held since 2008 at the company, to lead Peter Madsen Rederi A/S forward and maintain its reputation as a flexible, agile and cost-effective choice for clients. In line with these plans, Vibeke Liv has established a management team consisting of Toni Larsen as Technical Manager, Per A Oestergaard as Project Manager and Bjarne Johannessen as Sales Manager as a way to prioritise team spirit and consensus in important decision making.

Moving forward with a new CEO at its helm, the future looks positive for Peter Madsen Rederi A/S as it plans to expand into new geographical areas of opportunity. “We will also be consolidating our work in the offshore wind and energy sector, where scour protection projects, boulder clearance work and other preparatory seabed work has positively contributed to the order book of the company. We are also constantly monitoring the market situation in order to keep our fleet up-to-date with the requirements of customers,” concludes Vibeke Liv.