Back to Profile Gallery > PortStorage Group

Having already become recognised for establishing the largest independent tank terminal database of its kind in the world, it was officially announced in January 2012 that PortStorage Group had formed an operational and commercial merger with American company Oil Price Information Services (OPIS). 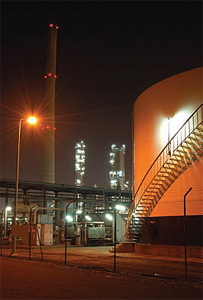 A global leader in petroleum spot, wholesale and retail news and pricing data, OPIS was already responsible for the creation and maintaining of the OPIS/STALSBY bulk liquid terminal database, which was also a global database, although was not as populated as PortStorage’s outside of the US/Canada: “The combining of this with PortStorage Group’s existing database now provides industry professionals with access to approximately 3500 terminals,” states managing director, Rob Luijendijk.

Originally created as a 50/50 joint venture between the UK company, Tank Bank and Dutch consultancy, Downstream, TankTerminals.com operates a fully searchable database that provides a mass of information based around different sets of criteria. Through its on-line product, www.tankterminals.com, the database delivers up-to-date international terminal information for those individuals or companies looking for storage and transshipment of crude, petroleum products and liquid chemicals or those firms that actually supply their services to tank terminals themselves.

Providing a truly worldwide picture of the petroleum storage landscape, this platform offers an easily accessible, and constantly available, guide for factual tank terminal information, an up-to-date news section and a professional knowledge bank. The website provides the name and location of the facility, the contact details of key personnel, the facility’s tank storage capacity, tank range, tank types and the type of cargo able to be stored. Details of waterfront terminals are also included and it can reveal what modes of transport individual facilities can handle, be it barge, road, rail or pipeline. Practically every terminal listed is accompanied by its geographical coordinates, with an integrated Google Maps feature allowing said facility to be viewed via satellite.

“The coming together of the two companies has now been completed, the database itself is fully up and running and all parties involved are already starting to reap the benefits,” Rob continues. “Obviously it has given PortStorage Group access to the American market and OPIS access to the rest of the tank terminal industry, with those developing regions in Asia and the Middle East being 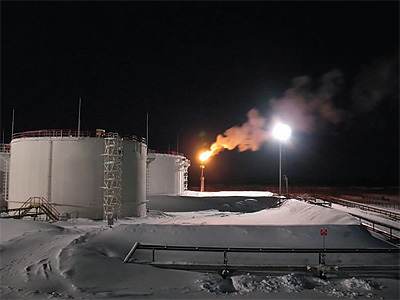 of particular interest. Both entities are now also witnessing a strong increase in subscription rates for the combined database, evidence of the strong client response the company has received. Associating itself with OPIS, a move that has allowed it to align itself much more closely to the American market, has undoubtedly been one of the most strategically important developments for PortStorage Group in recent years.” The combined database will henceforth be marketed under the name TankTerminals.com.

As Rob goes on to highlight, there are a series of advantages that can be gained from having an online database that is updated and developed on a near continuous basis, as opposed to simply a paper directory: “With all the information at its fingertips, the company is able to analyse all sorts of data and record not just the growth of an individual facility, but also different regions and industry sectors. Furthermore, the database has come to be seen as such an important tool that many businesses actually approach TankTerminals.com with details of the changes they are about to undergo so that this can be added to the database, keeping information as accurate and up-to-date as possible.

“Another thing the database benefits from is the activity of its mother company, Downstream. For the last 12 years, Downstream’s operations have been fully focused on the world of business development activities, in respect to tank storage. Constantly engaged in market research, the company is also well versed in carrying out studies on behalf of those parties looking to get involved in tank storage, either through investment or committing to new build projects themselves.”

The database can also be used to provide supporting evidence to the growth of various trends that help shape the ever-changing oil and gas industry: “The data available highlights the fact that refinery activities in the developed countries across Europe and in the US are in fact being reduced,” Rob says. “While older refineries in the West are slowly being closed, they are being replaced by a new generation built in the East, particularly across Asia and into the Middle East. This re-enforces the fact that the focus of companies within this field is shifting to the areas of the globe where oil is actually being found.

“At the same time a host of new oil companies from developing nations in Africa, from Brazil and Malaysia to name a few, are beginning to carve out their own way into the main consumption markets. Often this prompts several of these companies to consider investing in tank storage and that is when they turn to TankTerminals.com and Downstream and its resources for assistance.”

Moving forward the aim of the company revolves around the development of its database to become the foundation of other information it can gather from the market: “This information will include details on the quantity of cargo that flows through tank terminals in order to identify growth or decline tendencies,” Rob explains. “At the same time PortStorage Group is endeavoring to open up some business aspects of the industry and make them more transparent. While the price of oil products and shipping rates are widely available in the public domain, the price information of tank terminals is not.

“While the company doesn’t necessarily want to provide exact figures, a system of index numbers would be able to be used to identify changes in market rates. Being capable of identifying trends in pricing levels by analysing index numbers would not doubt be a great added value tool for the market, and ultimately that is what TankTerminals.com looks to bring to its clients.”