A comprehensive commitment to quality

Over the course of its 40 plus year history, Poszukiwania Naftowe Diament from Zielona Góra has gathered and applied a mass of experience that has allowed it to develop cost effective, technologically advanced solutions to be used in drilling and workover activities.

Through its close co-operation with well-known international workover, drilling and service companies, the business has become an expert in performing the most sophisticated of tasks.

Since it first entered the oil and gas exploration sector, the secret to Poszukiwania Naftowe Diament’s success has been the work of its engineering teams in creating innovative and practical applications and concepts. Where this bears fruit is in the original solutions that the company has come to be responsible for. In order to achieve its goals and targets, all of which centre around the simple concept of customer satisfaction, the company engages modern equipment and rigs with the latest material and tools, and the best software and engineering ideas.

A member of the Polish Oil and Gas Company Group (POGC), Poszukiwania Naftowe Diament’s basic activities directly relate to high-level oil and natural gas reservoir exploration and completion operations, both in Poland and abroad. The company offers a comprehensive catalogue of well servicing solutions including well site preparation and equipment transportation services. Furthermore, it provides a range of services associated with drilling, from mud services and casing running to cementing, reservoir logging, well testing and the completion and stimulation of wells.

On a national level, the company focuses on the work performed on behalf of POGC. Poszukiwania Naftowe Diament also concentrates on drilling works commissioned by the KGHM, as well as on works performed for the companies dealing with the diagnostics and exploration of unconventional gas, particularly shale gas. KGHM Polska Miedź S.A. – is the 9th-largest producer of copper and the 3rd-largest producer of silver in the world.

The company is also involved in shale gas activities on Polish market. The potential of Polish deposits of this unconventional gas determine also the politics of the business and directions of investments done by Poszukiwania Naftowe Diament. In recent years the company has continued to expand its co-operation with foreign companies operating in Poland, seeking gas with conventional deposits. These include the likes of ExxonMobil, Lane Energy Poland, Marathon, BNK Petroleum and Aurelian Oil. This has played a part in the company engaging in the providing of its expertise abroad. Today these services are offered in a number of European countries including Denmark, Ukraine, Lithuania and more recently Spain and Romania. 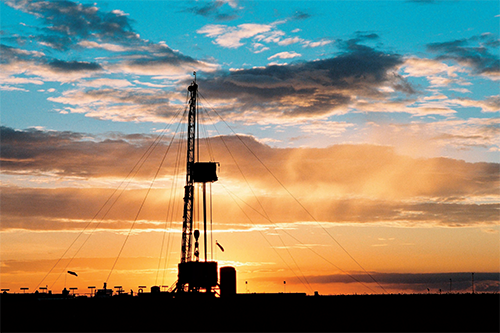 In January 2012, a very important component of the changes successfully taking place within the company took another step, that being the ongoing update of the technical resources at Poszukiwania Naftowe Diament disposal. What this next step entails is the commissioning of a state-of-the-art technical department office building, spanning more than 770 square metres. It is expected that the building of this new asset will help bring about close collaboration between the company’s departments, improving overall efficiency, workflow and the timing of provided services noticeably. Also on the horizon for the organisation is the purchase of a new, modern coiled tubing and cementing unit.

As it seeks to expand from within, the company has also made great strides in recent months to build relationships with both new and existing oil and gas majors in an effort to take on increased levels of work. Towards the end of February 2012, representatives of Poszukiwania Naftowe Diament set upon making the short trip to the headquarters of ExxonMobil in Germany, Hanover, in order to meet the senior management of the company. The subsequent meeting saw Diament present and discuss the possibility of expanding the levels of co-operation between the two parties. As well as embarking upon an organised trip to both an ongoing workover project, Mulmshorn Z6, near Bremen, and to the site of the Bötersen Z11 undertaking, which has seen the recent completion of the installation required for the extraction and transmission of gas, the two companies also spent time discussing the issues related to Diament introducing an HSE system compatible with foreign systems.

A milestone in Poszukiwania Naftowe Diament’s activities and development was the signing of cooperation agreement with a worldwide known, present in 100 countries company, Weatherford International.

The main points of agreement are:

Such co-operation will allow Diament and Weatherford to join services and capabilities in order to fulfil the needs for polish and other gas and oil exploration markets.

As one of the biggest companies in the region, Poszukiwania Naftowe Diament can proudly boast that year after year it is a winner of many awards. The activities of the company have been met many times with recognition from other companies, organisations and local authorities. Such awards and recognition, along with countless references from satisfied customers, all represent further proof of the high quality of service provided by the company since its inception. With its experience allowing it to apply economical and technologically advanced solutions to achieve such levels of satisfaction it comes as little surprise that the work of Poszukiwania Naftowe Diament has been met with near universal appreciation since its inception.