With a history that dates back over 200 years, over the last 40 years Whessoe Engineering Ltd has developed a specialist expertise in the storage and handling of liquefied gases in cryogenic, low temperature, and pressurised forms. Building on its position as the first company in the world to build an LNG import tank, it today has global involvement in a range of cryogenic (liquid) gas storage tanks and terminals .

As a well-established, vastly experienced and multi-disciplinary contractor, Whessoe combines proven technology, quality and safety with global capabilities in studies and concepts, FEED, basic design, engineering, procurement, construction and commissioning, to deliver comprehensive and value-engineered solutions to customers in the hydrocarbon and energy industries. “We’ve been directly involved in more tank projects globally than most other organisations, reflecting the scale of our involvement in the industry,” says interim CEO, Len Taylor, adding: “As a business we have moved on from high integrity, quality assured systems and structures for cryogenic and low temperature service with a purely LNG focus to include ethane, ethylene, propylene, LPG and ammonia.”

Originally founded in 1790 in the UK, Whessoe established a successful foundry and engineering works to take a significant role in the nascent railway, gasworks and steel construction industries throughout the 19th century. In 2013, Whessoe was acquired by Samsung C&T Corporation, keen to bolster its offering of fully integrated solutions and include LNG storage and design. That drive has seen Samsung commit to investments totaling millions into the business in a deal that saw Whessoe becoming the latest company beneath the Samsung umbrella. 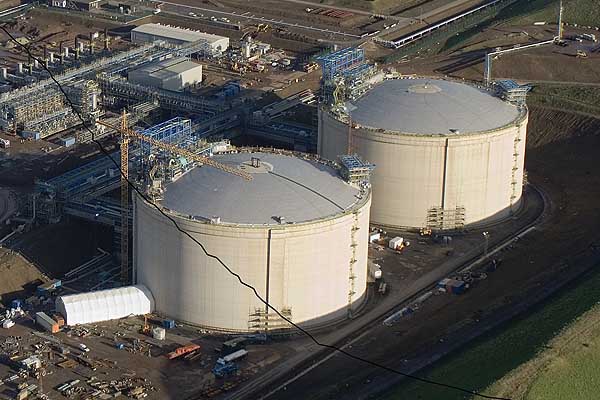 “We have grown significantly over a very short period of time, more than doubling the size of the company in just over two and a half years. As a result, we have acquired additional skills into the business, better positioning ourselves to explore the overall ambition of Whessoe and Samsung,” points out Len. Calling upon a workforce, which has become renowned for its skills in providing technically and commercially strong project solutions, it has been able to build on that position, developing its level of involvement in the value engineering process, taking responsibility for full EPC projects as part of the Samsung C&T family. Whilst immediate opportunities are hard to predict, the close alignment between Whessoe and its parent group will be further demonstrated in April, when its leaders meet to address how, from a global perspective, it can realise the best leverage from the market.

Extending from its roots, the business is well into the construction phase of an ethane import terminal in the UK, but as part of a global brand, Whessoe has been able to weather market downturn through its far reaching recognition, and has been responsible for more than 120 projects on all five continents. “There is an insatiable demand for energy in developing parts of the world, and complementary to Samsung’s overall ambition to grow within the cryogenic gas tank markets, we are actively entering those markets,” says Len. One of the strengths of the Samsung business is that it is able to take on a project through its full life cycle, from concept, scoping studies and front end engineering design (FEED), through to full EPC, commissioning and readiness for operation, as Principal Contractor under CDM or in a PMC role.

As the demand for LNG continues to expand, one particular economy that is notably growing is that of India, as Len explains: “India is a very important part of the world for the Whessoe organisation, and we have a number of contracts there, all of which are within the key centre of LNG, in Gujarat, just north of Mumbai. Our most recent contract is with one of the largest Indian manufacturing companies who are building an import terminal in Dahej. Operating as a PMC, we are effectively acting as the owners’ engineer, over-viewing the design on our customer’s behalf. India is a country that has big ambitions in terms of its economic growth, and alongside that has a big demand for energy, for which the government sees LNG as a natural route to gaining that energy.”

With a significant amount of infrastructure both planned and established, fuels such as oil and gas are required to fire it, and storage solutions offer a reliable solution that ensures a readily available supply. Additionally the manufacture of materials such as polyethylene and polypropylene are reliant on the cost effective energy and raw materials such as Ethane. Through increasing the company’s involvement in the movement it is backing that growth as well as fulfilling its ambitions of being part of a solution to the economic growth in the area, as Len adds: “We are still looking at a number of geographical areas, including the expansion of our capabilities into mainland Europe, particularly within the Benelux region. Additionally, symbolic of our growing focus within South East Asia, we are currently executing projects in Malaysia and Singapore as well as targeting other areas such as Indonesia and the Philippines.”

Extending from its interests in cryogenic storage of gases, the company looks to the future actively interested in other opportunities that involve gas processing, gas compression and gas distribution. Operating in a portfolio of market sectors with Samsung C&T and actively interested in the power sector, in which there is a clear link with gas management and gas processing, such as CCGT, IGCC and CCS. “Samsung sees Whessoe as being a very key part of its growth ambitions, and in playing that role we recognise the importance of maintaining the customer focus that we have within the business, delivering the service our customers expect, combined with responsiveness and flexibility. Our aim is to add value for our customers, rather than just doing a piece of work, and as such we already offer consultancy/advice to customers on how to best exploit opportunities, and as a result, those relationships have already begun to secure a significant amount of repeat business,” concludes Len.