The rise of Samsung Heavy Industries (SHI) as a major player within the heavy industries began in 1974.

Shortly afterward Samsung Shipbuilding was established, and the company continued to grow with the acquisition of Daesung Heavy Industries. Construction of the Geoje shipyard was also started during the same period and shipbuilding operations commenced in 1979; this was celebrated with a steel material cutting ceremony, signifying that construction of the plant’s first vessel had begun. By the end of December 1979 Dock One of the Geoje Shipyard was complete and SHI was picking up the momentum that would see it become a leading name in heavy construction and shipbuilding.

The company continued to evolve during the next decade by merging three of its heavy construction divisions in January of 1983. Samsung Shipbuilding, Samsung Heavy Industies and Daesung Heavy Industries became amalgamated into a single organisation. By February 1983 Dock Two was completed at the Geoje shipyard and this gave SHI expanded construction capability as well as a centralised management structure with which to guide the company’s development. Throughout the 1990s, SHI made important strides in showing itself to be a premier force in heavy industry and shipbuilding. It further expanded its production capability with a third dock at the Geoje shipyard and delivered its hundredth vessel as of December 1994. The company began to define itself as an industry leader, adding several ISO accreditations to its name, and during 1996 became the first organisation to be awarded the ISO 14001 environmental management system certificate.

Today SHI is fully regarded as a major industry player with diverse construction projects including the world’s first LNG floating production, storage and offloading (FPSO) facilities and arctic shuttle tanker, as well as drillships, jack-up rigs and other special vessels. At the beginning of the new millennium the company showed no sign of losing any of the tenacity that had propelled it into a leading market position. Between 2000 and 2004 it developed several sizes of TEU-class container ship, and by 2005 it won a contract to supply the aforementioned arctic shuttle tanker, which was completed and delivered two years later. By 2006 the company had delivered 500 ships, and since that time it has continued to produce some of the world’s largest and most revolutionary vessels.

Currently SHI is led by president and CEO, Dae-young Park, and as of June 2013 employs 13,167 people. By December 2012 the company could claim sales of KRW 13,358,611 million, spirited by its domestic operating sites, Geoje Shipyard, Power and Control Systems and Daeduk Research and Development Centre, as well as 15 overseas branch offices and a further two manufacturing subsidiaries. The Geoje shipyard today operates three docks, the longest of which is dock number three that comes in at 640 metres long, 97.5 metres wide and 13 metres deep. The facility boasts the world’s highest rate, with each dock capable of turning over ten ships per year, allowing Geoje to launch 30 vessels annually. This impressive rate of delivery is inspired by the company’s scientific approach to vessel construction, which includes the use of large ship blocks combined with shortened times for engine installation. Instead of using the conventional system of assembling smaller blocks, SHI made huge blocks five to six times larger than those typically used, weighing as much as 3000 tons. With this method, SHI is able to greatly enhance facility efficiency and reduce construction time. 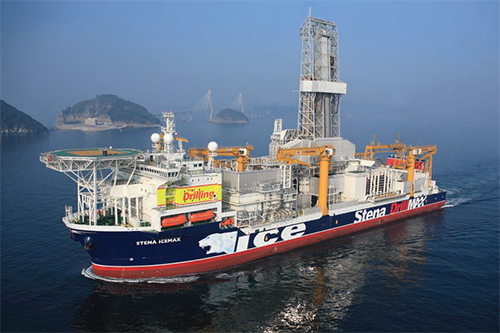 The use of advanced technology during construction has bolstered the efficiency of shipbuilding at SHI, which has developed remarkably intelligent robotic systems throughout its building process. These include a spider automatic welding robot for LNG cargo tanks, a wall-climbing, vacuum blasting robot and an inspection and pipe cleaning robot. This enables the company to record a 68 per cent automation rate, ensuring quality, safe construction and security. At every step of the production process SHI is dedicated to observing the strictest standards in quality, environmental and health and safety control, ensuring client peace of mind and an excellent end product.

SHI continues to go from strength to strength and 2013 has proven to be another fruitful year for the company. Its stellar reputation and industry-leading manufacturing facilities have allowed the division to secure a number of important contracts throughout the year that will allow it to further demonstrate its shipbuilding prowess. Throughout June 2013 the company won several contracts with distinguished operators from around the world, including orders for drillships, jack-ups rigs and turnkey solutions for FPSO. UK drilling company, Ensco placed its eighth order with SHI for a new drillship during June. SHI’s drillship market share is 42 per cent.

During June 2013, SHI also announced that its Nigerian subsidiary (Samsung Heavy Industries Nigeria), had received a letter of agreement to supply the world’s largest FPSO. The agreement was later confirmed as a full turnkey contract valued at around three billion dollars, with construction due to commence in 2017. The sizable vessels will be 330 metres long, 61 metres wide and capable of storing 2.3 million barrels of oil once completed. Commenting on the project, Dae-young Park said: “Following the turnkey contract to supply the ultra-large offshore plant worth $2.7 billion that was signed with INPEX in 2012, our offshore plant construction competencies have gained global recognition by winning another ultra-large turnkey contract. We will lead the global offshore plant market with our technological excellence.”

The vessels constructed by SHI have likewisedeveloped a strong reputation throughout the world and operate with distinction in various projects. In January 2013, Transocean set a new ultra-deepwater (UDW) record of 3.1 kilometres with the UDW drillship Dhirubhai Deepwater KG1. The vessel was constructed at SHI in Korea during 2009 and is rated for a water depth of 12,000 feet with a total drilling depth of 35,000 feet. The Dhirubhai Deepwater KG1 carried out the project while working for Indian state-owned Oil and Natural Gas Co (ONGC) off the nation’s coast. Transocean operates a fleet of 82 mobile offshore drilling units and held the previous world record for ultra-deep water drilling at a depth of 10,194 feet. The drill was undertaken by the KG1’s sister ship the Dhirubhai Deepwater KG2, which was built in 2010.

With an impressive rate of growth and a host of world firsts to its name, Samsung Heavy Industries has set a precedent for excellence that it will seek to maintain well into the future. Despite a challenging year throughout 2012, the world’s leading shipbuilders anticipated an increase in demand in following years as energy companies seek new drill sites amid dwindlingsupplies. According to UK based researcher Douglas-Westwood, industry spending on exploration could reach $335 billion by 2016, and the strong orders taken by SHI during 2013 could be an indication that the oil and gas industry is indeed entering an aggressively expansive period.

Whatever the case, SHI will be on hand to provide its clients with world-class ships and offshore facilities that can meet the increasing challenges that they will face in the oil and gas market. With its five core values of people, excellence, change, integrity and co-prosperity, the company is committed to not only developing its own staff and reputation, but to offering mutually beneficial, turnkey solutions throughout the world’s oil and gas market