History in the making

A high-technology engineering group, boasting advanced products and a world-leading position with selected markets, Sandvik and its roughly 50,000 global employees this year celebrated its 150th anniversary.

Founded as a classic steel cooking company, its business strategy evolved over the years to the point where today it is renowned for running niche businesses.

Founded in 1901, Sandvik Process Systems can be found operating within one of Sandvik’s five main areas of business. A world-leading manufacturer of steel belts and steel belt-based processing systems, its products and services contribute to its customers’ productivity, reliability and cost efficiency, while at the same time reducing their environmental impact. 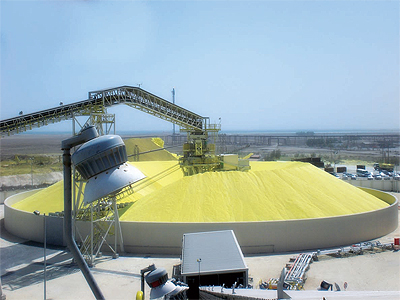 Very much a global company, with its focus today on targeting rapidly developing nations such as Brazil, Russia, India, China and the Middle East, Matthias is keen to highlight some of the strengths that have contributed to Sandvik Process Systems’ long-term success: “The company’s foremost priority is, and always has been, to build as close a relationship with the customer as possible, one that is built around not only sales but service as well. What the company is committed to providing is a complete life-cycle service and that is something that its customers greatly appreciate.

“As a technological leader in its field, the company also takes great pride in its ability to develop products and solutions so as to bring increased added value to its customers. Able to call on the support of the Sandvik group and its other entities as a part of the organisations’ cross border philosophy, Sandvik Process Systems is a fast, flexible and highly reliable company, able to handle projects of all sizes.”

One of the company’s main areas of application today revolves around sulphur solidification and handling systems. As a result of environmental concerns, the processing of crude oil into fuel now demands the extraction of as much sulphur as possible. This is resulting in the need for more efficient sulphur extraction methods throughout the globe. As further processing often requires liquid sulphur it is advantageous to transport and store this in liquid form. However, the handling, transportation and storage of this material can just as often pose safety and economic problems.

In most cases, to facilitate easier handling, storage and transportation, sulphur is formed into pastilles, the latter, as produced by the Sandvik Rotoform principle, being accepted as a premium quality product. Based on steel belt technology the Sandvik Rotoform process has been developed as an efficient and environmentally friendly process for the cooling and solidification of molten sulphur.

The basic principle consists of a continuously running steel belt, which is cooled from the underside by the spraying of water through nozzles. A specially developed feeding system, the Rotoformer itself then deposits liquid sulphur in the form of droplets onto the belt. These are then cooled as they run along the belt before being discharged in the form of solid pastilles at the end of the system.

One prominent example of the company’s work in this field would be the construction of a sulphur forming plant for the Bahrain Petroleum Company (Bapco) at its Sitra facility on the east coast of the country: “Together with its joint venture civil works partner, this project involved the company delivering a complete turnkey solidification and handling plant,” states Ulrich Nanz, sales and marketing director of the processing group. “Not only was the company involved in every aspect of construction, from excavation to the building of the plant, it also provided the complete supply scope of the project including the conveying, stock piling, reclaiming and truck loading of the sulphur material. Understandably this was an undertaking of considerable scale and one that Bapco was, and continues to be, extremely satisfied with.”

As of this moment in time the company finds itself mid-way through a growth programme it established in 2010 called ‘Growth 2015’. Based on its turnover and size at the time, the programme’s ultimate aim is to double the size of the company in this time, something Matthias says it is well on its way to achieving: “In the two years since ‘Growth 2015’ was put into place, the business has reorganised itself, refocusing its different product segments towards those customers that require them.

“In the meantime, the company is intensifying its efforts in providing great after-sales services. This is further evidence that Sandvik Process Systems is not a company that simply rests on what it already has, rather it realises it has an obligation to its customers to continuously improve upon its products and processes.”