Back to Profile Gallery > Songa Offshore

Founded in 2005 as a new entity in the mobile offshore drilling unit (MODU) market, Songa Offshore’s business model is based upon the acquisition and operation of rigs and offshore installations in such a way as to deliver safe and superior performance to clients, and optimal value to its shareholders.

From this viewpoint of strong fleet utilisation and good day rates, Songa Offshore actively evaluates possibilities to continue to grow its presence. In achieving this objective, the company places 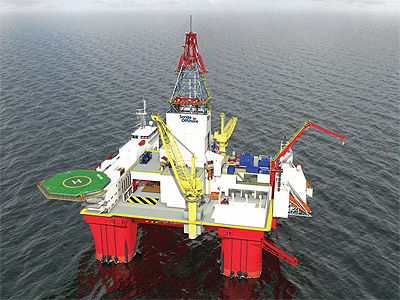 great importance on understanding the aims of its clients and delivering high quality services to assist in reaching these.

Over the years Songa Offshore has settled in many of the world’s prominent oil and gas locations, giving rise to a strong local network including its headquarters in Cyprus, the US, Singapore, Malaysia, and Norwegian offices, which oversee the company’s North Sea operations.

During this time the business has typically focused on the mid-water segment, offering rigs for exploration and production drilling. In terms of those factors that have helped Songa Offshore establish this presence, Vidar Skjelbred country manager for Norway, reveals that much is down to the company’s set-up: “Our approach at the very beginning was to purchase existing and proven rigs from other contractors, and place these into new contracts with oil companies for, in many cases, a better day rate compared to what they had worked for previously. The leverage that we subsequently built up over the years has put us in the position to be able to move into new builds, as well as the purchase of the Songa Eclipse last year.”

Songa Offshore’s current fleet consists of six semi-submersible rigs – three of which, the Songa Dee, Songa Trym and Songa Delta, are operating in the North Sea, whilst on the international side the Songa Mercur and Songa Venus are contracted in Malaysia for Petronas, and the newest addition, the Songa Eclipse is undergoing acceptance testing in Angola for Total. At present each of the three rigs operating from Norway are engaged on long-term contracts. Songa Dee is working on a five year contract with Statoil on the Gullfaks field, whilst Songa Trym is also employed by Statoil for the Troll field, and Songa Delta is contracted with Det Norske. Both Songa Trym and Songa Delta are currently being externally managed but will be taken back over by Songa Offshore in mid 2012.

This year each of these three rigs will also go through contract specific upgrades for Statoil. As such the Songa Dee has just been delivered to the shipyard for a four-week upgrade, to be followed by the four-day upgrade of the Songa Delta in the second quarter of the year. Finally the Songa Trym will undergo a Standard Periodic Survey (SPS), a maintenance programme required every five years, during an extended 64-day yard stay in the third quarter. In parallel Statoil will also carry out contract specific upgrades on the rig.

Over the next few years this fleet will be growing substantially with the introduction of four new DP3 Cat D rigs at regular intervals. The first will leave the shipyard at the end of February 2014, followed by the second in August 2014, the third in the first quarter of 2015, and the last one in the second quarter of 2015. All four have already been placed on long-term contracts with Statoil for eight years fixed duration. The first two rigs will be operated on the Troll field, with the third focusing on the mid-Norwegian Sea and the last one on the Barents Sea. The concept behind these rigs 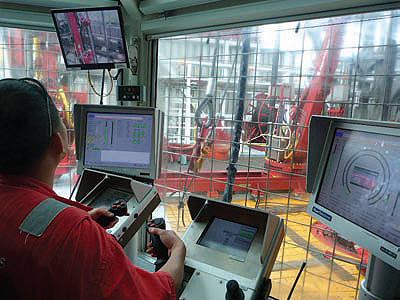 is to offer efficient year round drilling, completion and heavy intervention operation in order to optimise reservoir recovery.

“The new builds have enhanced capabilities compared to the rigs we currently have in the North Sea, which are more like third or fourth generation, whereas the Cat D rigs are sixth generation,” explains Vidar. “These rigs also have in-built capabilities that out-compete the current North Sea fleet on efficiency by up to 20 per cent, especially focusing on development and production drilling. As well as greater efficiency for completion and intervention wells, as well as production drilling, the Cat D rigs have excellent logistical and material handling with a 1.5 derrick enabling some parallel activities to take place. There is also a great focus on HSE, both in terms of the working and surrounding environment, and a clean design notation making these the first drilling rigs in the North Sea with DNV notation particularly focused on exposure to the environment.”

With this design though, Songa Offshore has also been looking ahead at the potential opportunities for such rigs in the future, and the requirements needed to capitalise upon these. In parallel with the shifts in the oil and gas market itself, the company has built flexible design capabilities into the new Cat D rigs, which can be implemented through minor optional upgrades. This includes a deep water mode with an increase in variable deck load and riser system for handling and storage, as well as the capability to be used in high pressure and high temperature operations. Likewise, further versatility is ensured with an arctic winterisation mode that sees the heating, ventilation and air conditioning system upgraded, and cladding on top of the derrick.

In Songa Offshore’s case, the challenge has not been finding the opportunities to grow but in securing the resources needed to support its accelerated growth, in respect of personnel and finance. This still rings true today with the company currently employing around 500 offshore personnel and 60 onshore staff in operating the three rigs based in Norway, but with ambitions to increase this by up to a further 800 offshore workers and 40 onshore employees going forward. “We are a very fast growing drilling contractor in Norway, and the North Sea in general, and this means we require high volumes of employees to execute this strategy,” explains Vidar.

“Our approach to human resources though is focused on attracting new individuals to this industry, as opposed to poaching staff from neighbouring companies. This adds no value to the industry, especially here in Norway where in terms of clients Statoil makes up around 60 per cent of the market. Therefore, we use the three rigs that we have based in the region at the moment as a platform to train new offshore workers to support our growth.”

When Songa Offshore entered the North Sea in 2007 its strategy was to grow the company and become a major player in the North and Norwegian Seas – an ambition it is on the way to achieving. However, with these regions notably more mature than some in the industry, there is perhaps a perceived decline in new activity as old structures begin to reach the end of their operational lifecycle. As Vidar concludes though, recent developments are helping to buck that trend and open up new avenues of potential for companies such as Songa Offshore: “Last year in Norway the new discoveries that Statoil have made created a new momentum, and as such we see this continuing over the next two years within the North Sea. We see this as giving rise to new builds, both on the jack-up and floater side within Norway, and sense that the same momentum is starting to develop in the UK as a result of the activities of major operators such as BP. As such, we see the mid-water segment of the North Sea as still being very active, and it will remain that way for years to come.”