In with the new

With over 35 years of experience in the development and commercialization of innovative technologies in the petrochemical and natural gas, and renewable industries, Dr. Paul Schubert is also the man behind the creation of Strategic Biofuels LLC, a relatively young company – having been formally established in the summer of 2020 – with a focus on renewable fuels technology and project development. Strategic Biofuels is responsible for developing a series of deeply negative carbon footprint plants that cost effectively convert forestry waste from 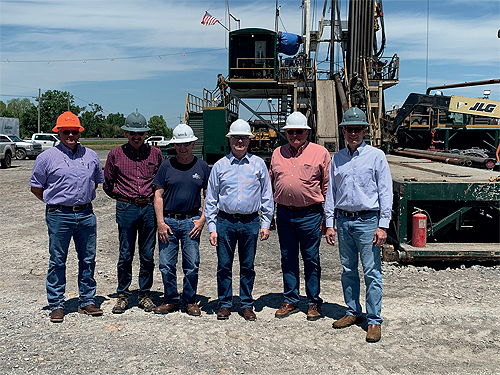 Paul is joined on the executive team of the business by a collective of vastly experienced individuals, namely Victor Filatov, Bob Meredith, Dr. Robert Freerks, Paul Oesterreich, and Bradley Jones. “A number of us have worked within the synthetic fuels field for quite some time, often working on projects to develop smaller scale commercial plants,” Paul explains. “While in the past, many of these struggled to reach full development, in more recent times there has been renewed global impetus – driven in no small part by the issue of climate change – to address the challenge of economically producing more sustainable fuels.”

Fortunately, Paul and the rest of the Strategic Biofuels team consider themselves to be specialist problem solvers in their area of expertise. “One of the reasons why we have had a high degree of success in a short period of time is because our approach to the challenge of creating projects with excellent returns is different from almost anyone else,” comPaul states. “We recognized that achieving superior returns depended on driving down the carbon intensity of a plant to extremely low levels. The key to achieving this was combining carbon capture and sequestration (CCS) with the production of renewable fuels from waste materials such as forestry waste. What this technology combination gives us – which we have had validated by independent bodies – is an extremely negative carbon footprint. It achieves about a 200 per cent reduction in carbon emissions relative to a fossil diesel plant,” Paul declares.

Utilizing the aforementioned technology, Strategic Biofuels is today in the process of developing the first waste biomass to renewable fuels project with CCS in North America, and possibly even the world. The project in question is the Louisiana Green Fuels (LGF) Project, which will be constructed on a 171-acre site at the Port of Columbia, which is in an economically depressed area of Northern Louisiana. The plant will ultimately produce up to 33.7 million gallons of renewable fuel per year from forestry waste.

“What we will be producing here is a renewable synthetic diesel fuel. Probably the best analogy for the properties of the fuel is the relationship of synthetic motor oil to fossil derived motor oil,” Paul continues. “Our product is an extremely high purity, high performance, clean burning fuel. In fact, used at 100 per cent in an engine, you will achieve an 80 per cent reduction in emissions compared to conventional diesel fuel. It is colorless, odourless, non-toxic, and biodegradable. It is a truly superior product.”

This project, with a core capital investment of about $1 billion, will create 76 new direct jobs, along with a further 412 indirect jobs expected to follow. During a 30-month building phase, the project will generate 450 construction jobs alone.

“Louisiana made for an extremely attractive location for this project for several reasons,” Paul highlights. “For starters, it has the ideal geology to support a CCS well, including a geological containment zone or layer that prevents the escape of carbon gases. Secondly, the forestry industry is the leading agricultural sector in the state, with managed forestry back well over 100 years. This means we are unlikely to ever run out of feedstock for this or subsequent plants. Thirdly, Louisiana is quite visionary when it comes to its legislative and regulatory frameworks, making it the perfect place for a project of this nature to commence operations quickly and cost effectively.”

When approaching the LGF Project, Strategic Biofuels identified demonstrating that the sequestration well could be successful was critical. Therefore, they raised the funds for the required sequestration test well to de-risk the project upfront instead of performing a long series of engineering studies prior to any field work. “Another thing that Louisiana has going for it, from our point of view, is that it is home to a large number of people who specifically understand the risks that come from drilling wells,” Paul adds. “It was those kinds of people who we went to in 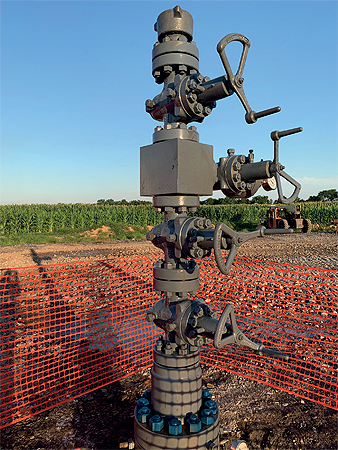 order to fund the project, and having presented our plans, we were able to secure 85 per cent of our funding from Northern Louisiana alone.”

The test well in question can be found approximately five miles north of Columbia, Louisiana, and some 1.1 miles from the planned location of the actual CCS well. The multimillion dollar Test Well program was designed in collaboration with Geostock Sandia, which has been working with the US Department of Energy on carbon sequestration wells for almost two decades. Using state-of-the-art technology to characterize the geologic formation of the area, the test well program consists of both stratigraphic testing and actual injection testing. The latter helps to establish the size of the available reservoir, the maximum rate of CO2 injection, and the projected expansion of the CO2 plume over time.

Daniel Collins, Geostock Sandia’s Vice President of Geosciences, said: “Although the full analysis of the massive quantities of highly sophisticated data will continue for several months, the current results establish the presence of the necessary containment zones and that the injection reservoirs are sufficient for sequestration of the volumes of carbon dioxide produced over the expected life of the plant.”

Strategic Biofuels is now moving into a phase of engineering that will give even greater clarity on the overall, long-term costs of the project, while also applying for the required regulatory permits, putting third party contracts in place, and advancing the design of the commercial plant.

“We are presently working with a number of partners and licensors in order to bring the LGF Project to fruition. Key among these are Hatch, which is performing the engineering work, and Koch Project Solutions, which will build the plant and provide guarantees,” Paul points out. “All of these stakeholders were positive about the pragmatic way in which we engaged them as true project collaborators rather than on a purely transactional basis. This has helped us secure their early support for the tight time scales that we are working towards. Every single one responded with a great deal of enthusiasm and keenness to collaborate with us, which was fantastic.

“Often project developers provide very little information to the licensors. However, we have implemented a framework under which we keep them up-to-date with the status of the project and the progress being made via reports that we send out every four-to-six comweeks. This provides them with near real-time data that showcases the tangible results that are being delivered.”

Based on its current projections, Strategic Biofuels expects the final financial investment decisions relating to the project to be complete around February 2023, and for the LGF Project to be fully operational by late-2025. As Paul goes on to conclude, the plan in the longer run is to build a further three-to-five such plants in the state of Louisiana over the next decade or so. “Of course, the plan right now is to focus our full attention on completing our first plant. But we have secured more than enough land here to effectively double our capacity in the future, so it is almost certain that the second of our plants will be right beside the first. This makes perfect sense, considering that it will mean that the design will not need to change much – if at all – and there is no need for a second sequestration test well.

“However, when we first began exploring locations for our first plant, Louisiana Economic Development identified a number of sites with excellent potential for us. We have further examined the geology of several sites that we could acquire. All signs indicate that, at the end of the five-year cycle for development of the second plant, there will be no reason why we wouldn’t be starting to develop a third site.”