“Without question the last couple of years have been an extremely busy period for the company, particularly on the oil and gas side of the business,” explains Godfrey Evans, managing director of Swinton Electro-Plating. “With the price of oil continuing to rise this has driven customer demand for not only equipment, but for the maintenance of said equipment. This demand has resulted in the company increasing its workforce by some 20 per cent over the past 12 months and in it making plans to develop additional installation in order to increase its capacities in the near future.”

Very few companies anywhere in the world can claim to have either the capabilities or the experience possessed by Swinton Electro-Plating, and this has been further boosted by its commitment to retaining specific skills and expertise as the business has continued to grow: “Hard chrome plating, which makes up the largest portion of the business, remains very much a service that is in great demand, however the company is also seeing an increase in demand for electroless nickel,” Godfrey continues. “This side of the company has almost doubled over in the past year as more and more customers work to deal with the effects of corrosion, or in most cases avoid the problem altogether.”

Swinton Electro-Plating has long held a strong commitment to growing its own product portfolio. This has become even more important as movements have continued to be made across Europe to restrict the use of chrome. To date, the continent’s drive to find a replacement has proven unsuccessful, yet Swinton Electro-Plating remains focused on finding a suitable additional coating that it hopes will contribute to a widening of the scope of its operations. 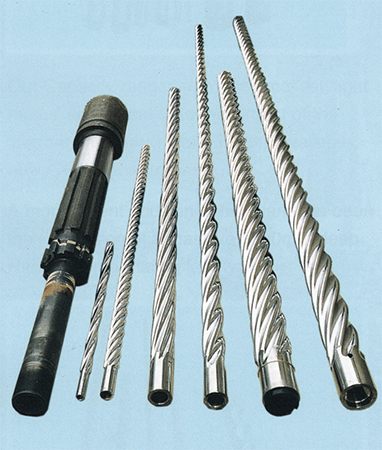 “One of the other things the company has been doing is putting more effort into, and a great emphasis on, its export capabilities,” Godfrey highlights. “In early 2011 the company enrolled onto UK Trade and Investment’s (UKTI) Passport to Export programme, a move that was followed with the signing of Swinton Electro-Plating on to the Global Growth Programme. These decisions have been taken with the specific goal of increasing the value of the company’s exports to 25 per cent of its total turnover within the next three years.

“This focus on the export side expands on the success the company has had in the past. One of its more pleasing accomplishments, for example, came towards the end of 2011 with the signing of a service contract with a new customer in Russia. While Swinton Electro-Plating already supplies equipment and services to this market, this new contract represents the company’s desire to further capitalise on what it sees as a future source of business. One that has significant potential above and beyond what exists at present.”

Where the company has experienced particular success in recent times, particularly as it relates to global interest in its products and services, is in its appearances at various industry exhibitions. Rewarding appearances at last years Offshore Europe event and at recent Subcon exhibitions have helped generate plenty of interest in what Swinton Electro-Plating has to offer as an organisation, interest that it hopes to expand upon further at future events.

With the demand for oil and gas expected to continue for many, many years to come so too will remain the potential for continued growth for companies like Swinton Electro-Plating, which have come to be known for delivering tried and tested solutions that people in the industry need. This will only become clearer as a greater number of projects head into harsher environments in remote areas that suffer the effects of severe weather and atmospheric conditions.

“Going forward, what the company is looking to do is not only diversify into different industry sectors within the existing business, but also expand its business by transforming more of its operations to deliver a comprehensive engineering service, rather than just coatings,” Godfrey says. “While the company does already supply a service to some customers as it relates to engineering alterations to equipment, at present that is provided on a subcontractor basis. The task ahead will be to bring this service under Swinton Electro-Plating’s own umbrella.

“One of the most important factors for the vast majority of customers in this field when choosing a company to work with is whether said company has the capability to either control the entire scope of work being undertaken themselves, or better still if it is able to complete all of said work itself, in-house. Those companies that are able to provide a complete service under one roof are almost always more successful than those that can’t, and it is the adoption of this model that will further contribute to Swinton Electro-Plating’s success in the years to come.”