Back to Profile Gallery > Tatweer Petroleum

Energising growth and prosperity for a nation

Tatweer Petroleum is one of the largest producers of crude oil in the Bahrain region and is taking a proactive approach to further improve its position within the oil and gas industry. It has a three-pronged strategy that will grow its value – dedication to doing every job safely, while continually seeking better technology and processes, and with a focus on cost efficiency. Through these methods Tatweer Petroleum is taking a fresh and innovative approach in order to utilise the value of the oil reservoirs.

The history of the company was something that Chief Executive Officer Tommy McKenzie discussed: “In December 2009, Tatweer Petroleum – Bahrain Field Development Company W.L.L. assumed responsibility for the stewardship and revitalisation of the mature Bahrain Field and the execution of all activities related to the petroleum operations pursuant to the terms and conditions of the Development and Production Sharing Agreement (DPSA). The DPSA, dated 26th April 2009, was entered into between the National Oil and Gas Authority (NOGA) and Occidental, 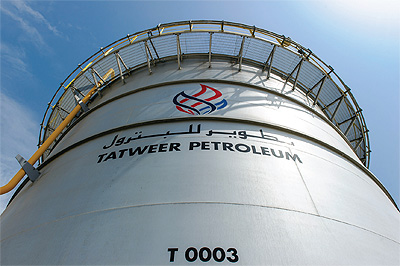 Mubadala, and the oil and gas holding company (nogaholding). As of July 2016, the company is wholly owned by nogaholding, the business and investment arm of NOGA of the Kingdom of Bahrain, which acts as the steward for the Government’s investment in a diversified range of energyrelated companies.”

Tommy continued to lay out Tatweer Petroleum’s priorities: “The company’s primary goal is to increase the production of oil and the availability of gas to meet the future energy demands of the Kingdom of Bahrain, in line with the nation’s Economic Vision 2030. Tatweer Petroleum utilises the latest oil production and recovery technologies whilst upholding its commitment to the highest standards of health, safety and environmental protection, and the development of Bahraini nationals. This will support the company’s contribution to energising the Kingdom’s economic growth and social prosperity while maximising value for stakeholders.”

There are a number of projects that Tatweer Petroleum is working on, and the development of the Bahrain Oil Field has been a major one that the company has reinvigorated, as Tommy explained: “Since Tatweer Petroleum took over responsibility in 2009, the mature Bahrain Field production has increased to levels not seen since the 1970s. The company utilises the latest oil production and recovery technologies including artificial lift, steam injection and other improved oil recovery techniques in order to increase the production of oil and availability of gas to meet the future energy demands of the Kingdom of Bahrain.”

There is also the development of the Aruma oil reservoir, and this was also something Tommy elaborated on: “We have made oil field history and produced the first ever extraheavy oil in Bahrain from the Aruma reservoir utilising steam injection for enhanced oil recovery. Staying on the subject of enhanced oil recovery, we have also been piloting a sophisticated oil project to recover light oil by using steam to vaporise oil from the reservoir and then turn it back into liquid oil when it reaches the surface. While we are in the early stages of proving the commercial viability of the process, we are mobilising the oil that would have otherwise remained trapped in the reservoir and successfully produced it using this very novel process.”

Tatweer Petroleum is continually finding new ways to increase its production capacity at oil fields, and Tommy provided some information on this: “Our shallow drilling program has shown some truly outstanding results with some of our new wells producing over 1000 bopd where previously these had been only 60 bopd. Using advanced drilling technology, as well as improved drilling efficiencies – we have been able to reduce costs and target sweet spots in the reservoirs that were previously not thought technically or economically possible.” 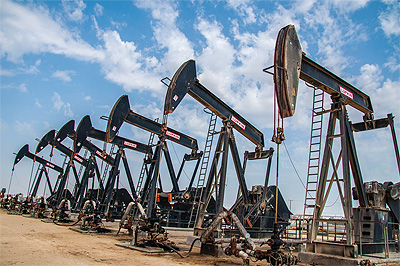 Along with the company’s improvements in production there have been a number of other investments and research developments at Tatweer Petroleum, and Tommy was able to explore some of these: “The biggest economic development was extracting over 18 million bbls of oil from the Bahrain Field last year, thereby exceeding the 2015 budget by almost two million bbls and generating considerable wealth for the Kingdom of Bahrain. Tatweer Petroleum has earned its position as a major contributor to the local economy in terms of investment and revenue generation.”

The company has also embarked on other methods to further develop the company, which Tommy provided an insight into: “Over the past six years of operations Tatweer Petroleum has invested over four billion dollars to redevelop the mature Bahrain Field. Tatweer Petroleum’s on-going development of the Bahrain Oil Field took a significant step forward with the signing of a new contract on September 1, 2015 to install a new 500 MMSCFD gas dehydration facility. As the initial phase in a series of planned gas capacity projects scheduled for the next three to five years, it highlights Tatweer Petroleum’s commitment to secure delivery of natural gas needed to meet the growing demands of the Kingdom. Installation of the new gas processing facility which will be completed by early 2018 will be a significant milestone and is critical piece of Bahrain’s future energy strategy.”

Central to Tatweer Petroleum’s approach is assisting and contributing to the aims of the Bahrain Economic Vision 2030, as Tommy discussed: “This project, which supports Tatweer Petroleum’s vision to energise the Kingdom’s economic growth and social prosperity, has significantly benefited local contractors. As an example, during 2015, an additional 50 Bahraini companies were approved to carry out work for Tatweer Petroleum through a fully automated tendering process for contracts, services and procurement. The company’s supply chain management department processed over 1600 commitments totaling around 350 million dollars.”

Another area that Tatweer Petroleum places as an absolute priority is safety, and Tommy was keen to convey the company’s commitment to this: “With health, safety and environment as one of our core company values, Tatweer Petroleum strives to provide a safe workplace and is committed to protection of the environment. Campaigns, initiatives and bulletins are put in place every year to address adverse trends and safety risks. Tatweer will continue to safeguard the Kingdom’s resources, all the while limiting the operation’s impact on the environment.”

Tatweer Petroleum has a clear strategy towards the future of energy provision within Bahrain – it is committed to fulfilling the Bahrain Economic Vision 2030, and is using the latest technology and the best personnel to achieve this. The company takes its responsibility seriously, and will no doubt be able to achieve its ambitions to optimise oil and gas production in Bahrain.