Back to Profile Gallery > Tesco Corp. 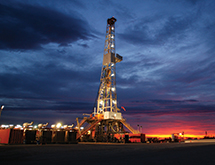 TESCO Corp. is a global leader in the designing, manufacturing and servicing of technology-based solutions for the upstream energy industry. It seeks to change how wells are drilled by delivering safer and more efficient solutions that add value by reducing the costs of drilling for oil and gas.

Founded in 1993, TESCO became a public company in 2006. “We are one of the very few companies our size that can claim leading positions in four distinct oilfield products and services,” COO Fernando Assing says.

TESCO operates from 46 locations in 23 countries and provides four related but distinct offerings: top drive sales, top drive rentals, aftermarket services and tubular services. TESCO’s top offerings are its portable and permanently installed top drive systems, for which it is the largest renter and No. 2 overall supplier globally. TESCO enjoys a leading position in the top drive market as it operates the largest top drive rental fleet globally, Assing says. It is the only truly international company that provides rental top drives of various tonnage on every continent, of both electric and hydraulic units.

TESCO provides hydraulic and electric top drives from 150 to 750 tons, allowing it to service the entire range of potential customers, from small truck-mounted units up to the largest land rigs. This large offering also serves most of the offshore jack-up rigs. The top drives are portable and most can be transported via truck, ship, helicopter or airplane. They range from 400 to 1,350 horsepower. TESCO offers nine different top drive systems, and has the capacity to manufacture up to 14 to 16 top drives per month.

TESCO also believes its top drive aftermarket sales and service is the largest in its class. This business alone generated $59.2 million last year and is set to rapidly grow as the top drive installed base increases and the fleet ages.

Top drives first gained widespread use in the 1990s. TESCO estimates that between 60 to 70 percent of land rigs globally now use top drives and 95 percent of offshore rigs are equipped with them.

TESCO is the third-largest global provider of tubular services, for which it combines both conventional casing and tubing running equipment, with multiple patented technologies. Its technology center piece is the casing drive system, or “CDS,” which is widely recognized as the most advanced casing running tool in the market. TESCO’s tubular services offerings consist of a full line of services for both the onshore and offshore markets, including casing running, tubing running, torque monitoring and pick-up laydown services. In addition, it provides drilling and cementing tools and accessories geared to complement the CDS functionalities and to expand its rotational capabilities. TESCO’s offerings also include the installation of control lines for complex well completions.

Top drives and tubular services are complementary but essentially very different business. “We are very proud of our strong competitive positions in both areas,” Assing says, “which is a rarity for a company our size.”

In addition to top drives and tubular services, the company can also provide casing drilling services in selected markets under a license from Schlumberger Ltd.

As the inventor of the automated casing running tool, TESCO estimates it has run more than 180 million feet of casing and drilled close to 4 million feet with its proprietary CDS tool system. This is believed to be in excess of the combined footage of all other competitive tools.

In fact, the company says it is “well-positioned as the global leader in automated pipe running” thanks to its large fleet and extensive experience.

The CDS can be used for drilling, reaming and back reaming. It has been used for running/drilling casing in straight-hole, directional, horizontal and under-balanced drilling applications. In tight holes the CDS can circulate drilling fluids while simultaneously reciprocating and rotating the string. For oriented directional wells, its system allows both clockwise and, if needed, controlled counterclockwise rotation, the company says.

Global Provider
TESCO operates from 46 locations in 23 countries. It has customers in the United States, Canada, throughout Latin America, Russia, in various countries in Asia-Pacific, China, Europe and the Middle East.

TESCO generates nearly half of its overall revenue outside of North America.

“In the Asian markets, we certainly see growth coming for the next few years,” Assing says. “There has been very stable, solid and significant growth the past few years.” Particularly in China, he explains, there will be significant growth in both on-shore and offshore drilling. Competing against local companies in those markets can be a challenge, particularly as relates to protecting IP rights.

“You have to be very smart and agile if you are hoping to compete with the local competitors in that region,” Assing says. Current rigs in the Chinese market, however, are small and relatively underpowered to meet the market requirements that underpin the resource-play development philosophies, which bank on horizontal drilling applications. Accordingly, rig upgrading and rig replacement activity is expected to increase.