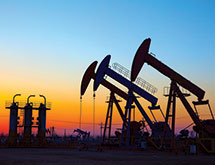 Even though TOPS Well Services is relatively small compared to many of the competing well services companies serving the Williston Basin, Hofer says the company brings a lot of significant advantages to its customers. With the strengths the company has, TOPS Well Services has grown quickly into one of the most successful and sought-after well services providers in the region. And, despite the impact falling oil prices is having on the industry as a whole, Hofer remains optimistic that TOPS Well Services will be able to take advantage of the changing makeup of the marketplace.

Since 2011, TOPS Well Services has concentrated on providing customers in the oil and gas sector with the highest-quality hydraulic fracturing services.

Multiple Advantages
Although TOPS Well Services doesn’t have the same amount of resources some of its larger competitors do, Hofer says the quality of the resources it does have more than compensates. “Number one is that we have best equipment in the basin,” he says.

TOPS Well Services has more than 27,000 total horsepower in its fleet of equipment, which includes the latest in pumping units, blending units and hydration units. The company says it has the capability to pump complex polymer chemicals as well as linear gel and synthetic polymer systems. TOPS Well Services monitors each fracking job through a state-of-the-art mobile lab that is set up on-site. This mobile facility includes full water and sand analysis and testing of all chemicals used on the job. With full satellite communications capabilities, TOPS Well Services can provide the customer with an up-to-the-minute look at its fracking operations at any time.

Another major advantage TOPS Well Services offers customers is the strength of its people, and Hofer says the company prides itself on recruiting and retaining the most qualified personnel in the industry.

Hofer says the company’s commitment to keeping the best and brightest employees in the company is one of its highest priorities. “We have the best rotation as far as work schedules,” he says. “I think we treat our employees the best out of a lot of [our competitors].”

One of the biggest reasons TOPS Well Services can create a strong working environment for its employees and serve its customers is because it is a relatively small company for the marketplace. Hofer says not having the many levels of bureaucracy of some of its larger competitors means TOPS Well Services is better to work for and with. “We’re pretty competitive,” he says. “We have a lot of heart as the underdog, so to speak.”

Ecological Commitment
TOPS Well Services makes serving its customers and employees a top priority, but safety and the environment also are high priorities for the company.

Given the nature of fracking and the environmental concerns that surround it, TOPS Well Services says it strives to conduct every job with the highest possible regard for the ecological impact.

“All oil and natural gas exploration, development, and production operations are conducted to ensure that the environment, in particular underground sources of drinking water, is protected,” the company says.

Staying Optimistic
Hofer says TOPS Well Services expects many of the oil companies it serves to cut back on their activities in the coming months in response to the recent dip in oil prices. However, even though this will have significant impact on the marketplace, Hofer says he believes this will be an opportunity for the company rather than a challenge.

As many of the less-experienced competitors drop out of the market, Hofer says TOPS Well Services will be able to pick up their business as well as their most experienced people. This should only help to further solidify the company’s position in the industry. “We’re staying real optimistic,” Hofer says.

“Statutes and regulations have been implemented in every oil and gas producing state of the United States to ensure that oil and natural gas operations are conducted in an environmentally responsible fashion.”

in the industry. The company not only has a strong presence in the Williston Basin, but also in what is known as the Mississippian Lime region of Oklahoma and Kansas

“TOPS believes its employees are its greatest assets, and so we are committed to providing team members with the safest working environment and highest level of training possible,” the company says.