Back to Profile Gallery > Transmark EDS

Operating as part of the Transmark Holdings group and EDS Holding, Transmark-EDS is a Dutch provider of services in the field of directional drilling for the oil and gas industry.

The company provides safe, practical solutions to challenging drilling projects throughout Europe, Africa, the Middle East, the Far East and the Americas. 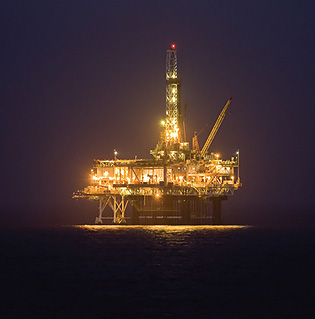 the Transmark Holdings group date as far back as 1956, when it was first established as a local distributor of industrial products in the Netherlands. Today, the company is a global player with 46 branches across 15 countries, and it employs approximately 700 staff worldwide. EDS, on the other hand, was founded in 1999 by a group of experienced energy professionals, and it offered a range of oil and gas extraction services before being acquired by the Transmark group in 2008.

Today, Transmark-EDS continues to grow whilst operating as an independent business. Sander Schouten, the company’s business development manager, elaborates upon its key strength: “Over the last 12 years we have been drilling cheap but reliable wells for our customers, delivering exactly what is expected but without the use of the most fancy and expensive tools on the market.”

The fancy tools that Sander refers to are rotary steerable systems, which, according to Transmark-EDS general manager Jaap Lap, are not necessary for the majority of these directional drilling projects. He explains: “We believe that customers are being marketed to in such a way that they end up believing that rotary steerable systems are essential. Whilst we have the capabilities to offer such technology through third parties, we argue that, nine times out of ten, a great deal of money can be saved by sticking to more traditional methods such as drilling with motors.”

Jaap discusses some of the reasons why he believes this view is being increasingly propagated: “Many of the larger clients employ young engineers with little industry experience. Whilst this is obviously a good thing in many cases, it also means that they have personnel who have never drilled with the conventional tools – they simply assume that new is better. In fact, it is quite the opposite, as rotary steerable systems are generally more vulnerable to failure than the more traditional methods.”

Whilst rotary steerable systems do have the potential to improve efficiency for the customer, Jaap argues that the small amount of time saved rarely warrants the extra cost: “Because the larger 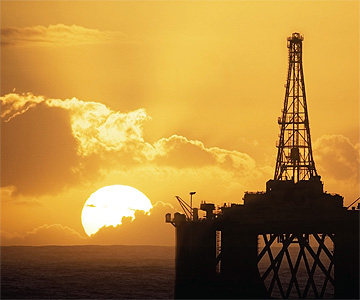 companies really promote this technology, customers forget how cheap it can actually be to drill a well. Whilst deepwater or floater applications may require rotary steerable technology due to smart well requirements and time constraints, jack up rig applications are ideal for conventional methods as the drilling time is only a few hours longer, yet astronomically cheaper.”

Transmark’s successful application of these traditional methods is evident through the work it has carried out with its customers over the years. Sander highlights: “We have a 12-year track record of working upon two rigs with Gaz De France on the North Sea. Such a long-lasting agreement is very unique in our industry, as many customers would change service companies after three-to-four years. The strength of this relationship is a testament to the success of the methods we use in our directional drilling operations.

“Working with Gaz De France, we have drilled several wells with a 70 degree, 4500 metre step out. In the current well we are drilling for the company, we started with a 16-inch section that has recently been finalised with a 63-degree angle and a depth of 4900 metres. These are the kind of wells that our competitors claim cannot be drilled without the use of rotary steerable methods due to the high angle and long sections, but our success is constantly proving this theory wrong.”

Transmark-EDS hopes to draw upon the support of its parent company to continue supporting its drilling methods, according to Jaap: “To penetrate this market as an independent and compete with the likes of Slumberger, Halliburton, Baker and Weatherford, then it is absolutely essential to have some kind of financial backing. It is too easy to become squeezed out if you do not have this kind of support, and few clients will want to work with smaller companies who might go bankrupt at the drop of a hat. We are lucky in that we have the money behind us to ensure that we can continue to operate as an alternative to the big four.”

The attitude that Transmark-EDS has adopted will allow it to continue to take advantage of the opportunities presented in the market, as Sander concludes: “Our strategy is to remain highly flexible and have a long-term mentality, rather than working to make as much money as possible. We adopt an honest approach and we would rather make money with the same client over the years than just make as much as possible in a short amount of time by flitting from one customer to the next. In the future, I would like to see us as a big player in the market with branches outside of Europe, and I hope that we will be able to provide a genuine alternative to the big four.”