Back to Profile Gallery > Unit Engineers and Constructors

Pembroke-based Unit Engineers & Constructors is a leader in the field of specialist engineering for the UK and global oil and gas industries.

As part of the international Unit Group, the company was founded in 2003 and has gone from strength to strength in its primitive history. Best known for the mechanical engineering services it provides, essential fabrication of pipe and steel work, fire heaters and waste heat boilers are a mainstay of its abilities, while the expert installation of process plants for refineries, power plants and gas terminals is a further accolade. Shortly after its inception the organisation added to its facilities, capabilities and client base with the acquisition of Swansea-based Unit Superheater Engineering 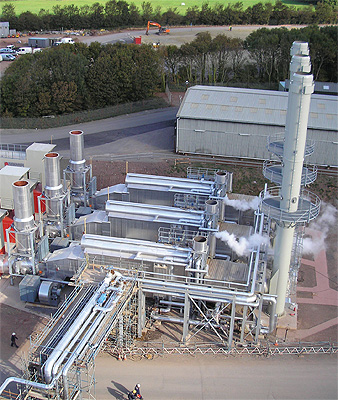 Ltd, a manufacturer of tubular products, heat exchangers, steam drums, superheaters and economisers for the petrochemical, power generating and nuclear industries. Thecompany’s established 100-year history gave Unit Engineers & Constructors a backbone from which to grow, following on from its impressive track record of quality deliverance. The business has experienced constant success ever since.

Over the past six years an impressive client base has been built up that includes such international leaders as Murco, Exxon Mobil, ConocoPhillips, Total, Chevron, CB&I, Worley Parsons and Amec, while major power companies like EDF Energy, RWE and E.ON also utilise the company’s expertise. Typical contracts include both maintenance and original projects for process operations in facilities such as power stations, with turnarounds and shutdowns in oil refineries being a specialism. Bill Ledwood, managing director of Unit Engineers & Constructors puts its knowledgeable workforce at the core of its strengths in the industry: “People are the most important thing in our business – our skilled workforce, and superior management and supervision teams make us stand out from our competitors. We go out of our way to attract and retain exceptional people in order to sustain and instigate our continued growth. When you have a good management team the ethos of quality and dedication filters down through the organisation and we find that this spreads like roots. We target people in the industry who have the necessary know-how and once you find someone with the skills and persona you need they often link you to additional quality engineers, site managers or project managers that they have worked with in the past. We continue to build on our exceptional workforce.”

Indeed when Unit Engineers & Constructors was identified as the fastest growing company in Wales at the Fast Growth 50 awards last month, Bill identified this quality as the reason behind the company’s success. The organisation was nominated for the award and went on to not only win its category but the top spot having seen turnover grow by 977.8 per cent during the period of 2006 to 2008. The organisation’s turnover has developed from £1.6 million to £17 million in that time, while Unit Superheater Engineering’s revenue has grown from
£4 million to £9 million since it joined the group. Speaking at the time of the award, shadow Welsh secretary Cheryl Gillan commented: “This is the very first business outside south east Wales to top the Fast Growth 50 list and has achieved this success by producing a quality product delivered on time and within budget. The company is a shining example of all that is good about Welsh business.”

Whilst the initial years of business proved tough, Unit Engineers & Constructors’ growth and reputation was greatly aided by the gaining of a crucial contract with South Hook LNG at Milford Haven for the deliverance of a diverse range of work. The company’s provision included the pre-assembly of nine per cent nickel tank components, which required pioneering techniques in both welding and assembly, while major on-site mechanical erection works were gained as a result of success in the former. The original contract was worth over £2.5 million and put the organisation on the map as its high level of competence and performance throughout the project lead to further work exceeding £35 million in total. Collaboration with other major operators for example, the company has aligned with Balfour Beatty Engineering Services to offer clients a complete service for pipework, electrical, instrumentation, mechanical, HVAC and building services installations in a single source, multi-discipline contract.

Ever since this lucrative contract, the business has grown in prominence with a plethora of major projects in its portfolio. Following on from South Hook LNG, Unit Engineers & Constructors was awarded a contract for a co-generation power plant for Milford Power focusing on the LNG side of the business. The project involved a consortium between British Gas and Petronas, though the company’s original client was Amec. Worth over £12 million, this contract is due for imminent completion. A co-generation project has also been completed with Murco, while a new contract for Mex 2010 has just been awarded to the company that will involve over 120,000 man-hours making it one of the largest projects to date.

“We are also bidding for a huge contract that will generate significant work for us at Pembroke power station,” Bill explains. “A 2000 MW power plant is being constructed there and we are bidding 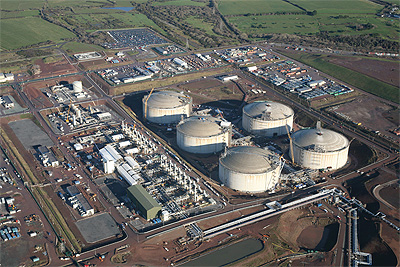 to carry out the essential and specialist mechanical works. Moreover, we have developed a relationship with Worley Parsons and are entering into a number of mutually beneficial projects within the oil and gas sectors. This collaboration has grown from a positive relationship that we established between the two companies on the British Gas Tunisia project.

“As you can see, we have experienced little impact from the global economic crisis. In fact any project delays or postponements have helped us as we’ve seen no downturn in work and couldn’t possible handle much more than we have had over the past couple of years. We have been very fortunate to be in the right place at the right time when opportunities have arisen and the South Hook LNG project is a classic example of that. We have expanded our fabrication capability by securing a 30,000 square foot building in Pembroke Dockyard with adjacent deep water quayside facilities in order to take advantage of the LNG projects underway in the Milford Haven area.”

Unit Engineers & Constructors has added greatly to its arsenal through the recent acquisition of the project, turnaround and bundle pulling division from the engineering company, Motherwell Bridge. Looking to streamline its business, Motherwell Bridge offered project allegiances and an impressive turnaround division that proved to be an ideal fit for Unit Engineers & Constructors’ daily operations. With this major acquisition came a turnaround and bundle-pulling contract in Immingham where the original company is based, while discussions are taking place for contracts with Murco, ConocoPhillips and a Total oil refinery in Humberside. Such a development has not only enabled the company to expand its facilities and geographical influence, but it has brought the opportunity to spread across further markets with a specialisation in turnarounds, building on the organisation’s current reputation in the oil and gas industry.

Throughout every development, improvement, expansion and acquisition Unit Engineers & Constructors has made in its history, the maintenance of a resolute focus on safety has been of paramount importance, as Bill highlights: “Safety has always been of the utmost importance to us throughout our engineering practices and projects, as well as in the day-to-day running of the business. We have to persistently achieve good safe working practices and we look to improve this week in, week out. So far this year we have had no LTAs (lost time accidents) and we are hoping to achieve a year where we are completely accident free.”

Looking to the future, Unit Engineers & Constructors is hoping to build on its current customer base by further improving its position in the UK and across the industry. “I think that the acquisition of Motherwell bridge in Immingham will create a lot more work and we’re investigating potential growth in the south of England as well. We’ve got major enquiries from ExxonMobil in Fawley, Southampton where we’re hoping to meet great success, while serving the north east is still a target area. In Pembroke we want to further cement our position with construction activity and possible progress into the nuclear power industry and offshore wind farms for the renewable energy sector. There are many opportunities for our continued growth,” Bill concludes.