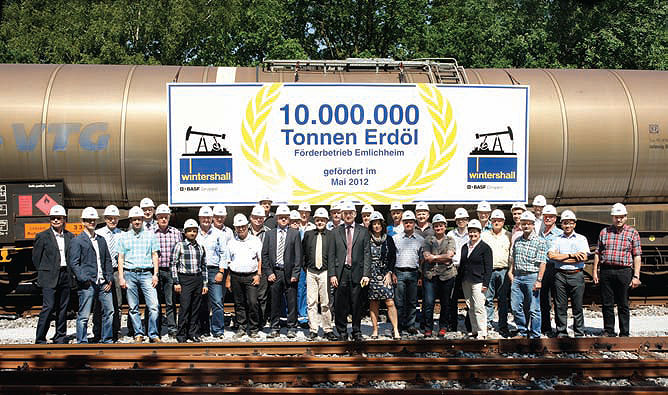 One of Germany’s oldest crude oil production sites, Emlichheim has been closely linked with the country’s oil industry since the beginning of the 20th Century.

Since the discovery of the area’s oil reservoir in 1943, the region has been in production under Wintershall, which is based in Kassel and is a wholly owned subsidiary of BASF, which specialises in 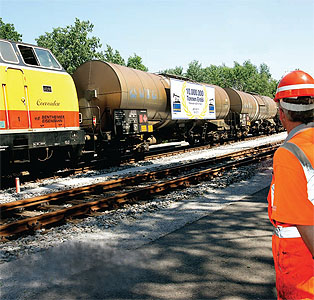 Sunk in 1943, the Em 1 well in the Bentheim sandstone marked the first major milestone for Wintershall at the site. Since production commenced in May 1944, more than 120,000 tonnes of crude oil have been produced from this well alone. Over the course of the last seven decades the company has been able to significantly prolong the production lifetime of the field with the use of innovative production technologies. One example of this is the sophisticated steam flooding technology that has been used and developed continuously at Emlichheim since 1981. Today this technique, coupled with horizontal drilling techniques, is helping to raise the recovery rate of the reservoir by over 40 per cent alone.

“Ever since it took over production responsibility for Emlichheim, Wintershall has worked proactively to develop and adapt technologies, and introduce new processes and facilities, that have enhanced recovery from the field,” states Mario Dreier, head of operations at Wintershall’s Emlichheim Facility. “Over the years both those based on site and Wintershall’s management have maintained a forward thinking approach and have continued to invest in the future of the plateau.”

In May 2012, Wintershall made the announcement that it has reached another milestone in the history of crude oil production at Emlichheim with the production of the ten-millionth tonne of crude oil: “This recent achievement is without question a remarkable one, and one that surely would not have been possible if the company did not maintain its belief in the long-term potential of Emlichheim,” Mario says. “This belief has been backed up by an investment strategy that is centered around the idea of keeping the site at the heart of Germany’s crude oil production capacity.”

The use of surface and subsurface technologies that have been fine-tuned and applied to meet the niche requirements the company faces on site has really been critical to Wintershall’s success at Emlichheim. One of the more publicised examples was its aforementioned adoption of steam flooding in the early 1980s, at a time when the use of steam injection systems was highly sensitive. In response to this the company’s engineers went about adapting a seawater desalination unit in order to convert used water from the reservoir into boiler feed water. This closed loop approach was one of the key elements that allowed the company to achieve well stimulation through steam injection.

Another key development in the site’s history came in the 1990s when horizontal well drilling techniques became more financially affordable. Combining the drilling of horizontal wells in unconsolidated sand with steam injection took the company to another level in terms of productivity and it is innovative approaches like this that continue to drive business forward: “Without the innovative approach of Wintershall there is little doubt that Emlichheim would not be in the position it is today,” Mario highlights. “The company also recognises that current technology will only take it so far. This means it needs to continue looking at new ideas and methodologies to take Emlichheim further. 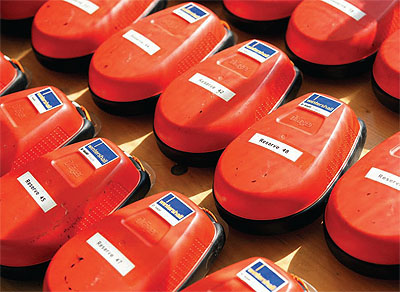 “In the meantime, Emlichheim remains a excellent showcase of what Wintershall can do as a business. The legacy of the site demonstrates that the company is a proven operator, embraces new technologies, is ahead of the curve when it comes to health and safety and environmental concerns and always has an eye cast towards the future. Furthermore, the work at Emlichheim proves that Wintershall is willing to take calculated risks and has the necessary confidence in its own capabilities.”

The last two years have played host to a comprehensive drilling campaign that forms the base of Wintershall’s aim of continuing successful production at Emlichheim. In recent months 16 new wells have been sunk following the company’s investment in six new horizontal wells and seven vertical wells in 2011.

This drilling campaign is set to be enhanced in the coming years with another 23 deviations from existing wells planned, which will allow the site to maintain annual production levels of around 160,000 tonnes until at least 2016. Based on Wintershall’s current calculations, this means that Emlichheim will continue to contribute to Germany’s crude oil supply for a further 20 years.

“There are many reasons for the company to be optimistic about the short and long-term future of the Emlichheim site,” Mario enthuses. “For starters, the two year drilling programme that has just come to an end is expected to give Wintershall a further eight years of life on its current production plateau. In addition to this, the company has yet to investigate further a second reservoir that has been identified above the main reservoir. Together with partner company NAM, which operates the Dutch section of the geological structure, the business will now strive to reach an agreement for common development of this particular area.

“Naturally it is within the interests of Wintershall, its partners, its employees and of the German crude oil industry that these goals and targets are realised, and when they are it is perfectly conceivable that Emlichheim will reach its 100th anniversary of being onstream, a celebration that Wintershall would be honoured and proud to be a part of as well.”